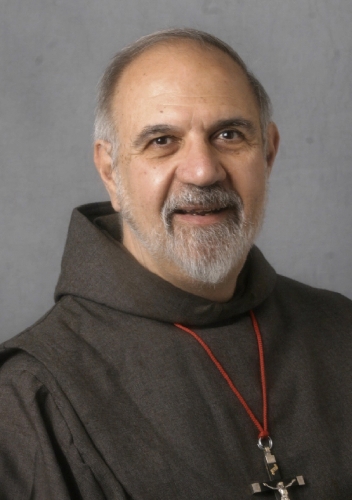 The Rev. Joseph (nee Francis T.) DiMauro, 80, a Franciscan Friar of the Atonement, died Nov. 29, 2018, at the Westchester Medical Center in Valhalla.

Friar DiMauro was born in Boston on May 16, 1938, the son of Salvatore and Carmella (Pantano) DiMauro, immigrants from Sicily. A 1957 graduate of Mission Church High School in Roxbury, he earned a bachelor’s degree in sociology and religious studies from Fordham University in 1972 and a Master of Theology degree from Catholic University in 1977. In 1986, he earned a second master’s degree from the Pontifical University of Saint Thomas Aquinas, also known as the Angelicum, in Rome.

Friar DiMauro entered the Franciscan Friars of the Atonement in 1957, made his first profession of vows in 1960 and professed final vows in 1965. He was ordained to the priesthood at Graymoor in 1978.

Friar DiMauro was assigned to administrative services at the Catholic Central Library in London from 1981 to 1986. Following two sabbatical years at Sant’Onofrio al Giancolo church in Rome from 1986 to 1988, Fr. DiMauro briefly served as pastor at the Church of the Reconciliation in Bridgeport, Jamaica (1988) and retreat minister for the Christian Unity Center at Graymoor (1989).

From 1990 to 1995, Friar DiMauro was pastor of St. Francis de Sales Church in Lumberton, North Carolina. In 1995, he moved to Brockton, Massachusetts, and served on the pastoral staff at the Chapel of Our Savior until 2003. From 2003 to 2015, Friar DiMauro returned to Graymoor to work for the Christian Unity Center. After his retirement that year, he was appointed to serve as director of the Father Paul of Graymoor Guild, whose mission is the cause for canonization of the founder of the Friars of the Atonement, Servant of God Father Paul Wattson.

Friar DiMauro is survived by his brothers, Paul DiMauro of Fernando Beach, Florida, and Thomas DiMauro of Dennis, Massachusetts. A wake service was held Dec. 5 at Our Lady of the Atonement Chapel at Graymoor, followed by a funeral Mass on Dec. 6 with interment in the the Friars’ Cemetery.