The Beacon High School team is off to a good start, with the Bulldogs — who returned just two starters from last year’s 14-8 team — winning three of their first five games.

Seniors Aaron Davis and Manny Garner are the only returning starters from the 2017-18 squad, which reached the Section 1, Class B playoffs but lost in the first round. 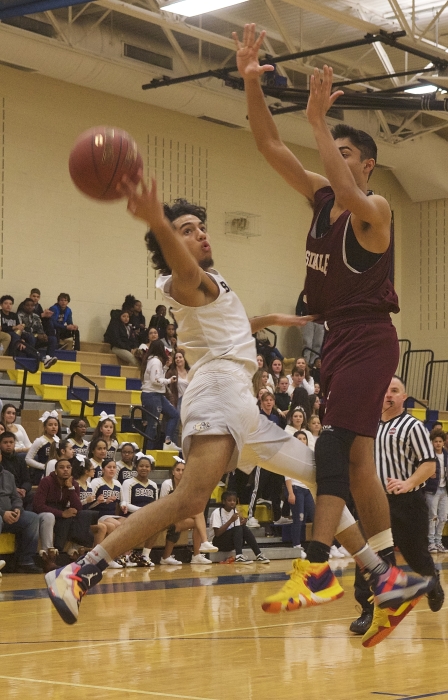 Davis, junior Dayi’on Thompson and senior Willie Rivera are the captains. “They’ll push everyone to be better,” said Coach Scott Timpano, who is in his sixth season. “We are a guard-oriented team, so we go as our guards go.” 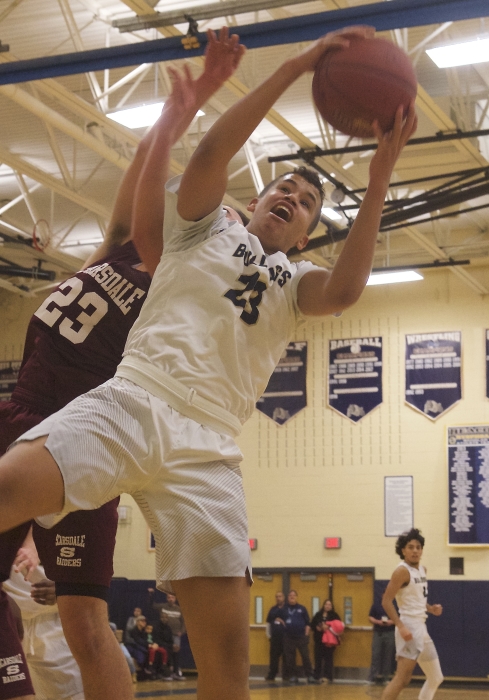 The coach said he is confident the Bulldogs can again reach the playoffs.

“Our goal is always to get to the [Westchester] County Center,” where the Section 1 tournament games are traditionally played, Timpano said. “We’ve been playing excellent on the defensive end, and if we continue to do that it can be an interesting season. We have three of the best guards in the section.” 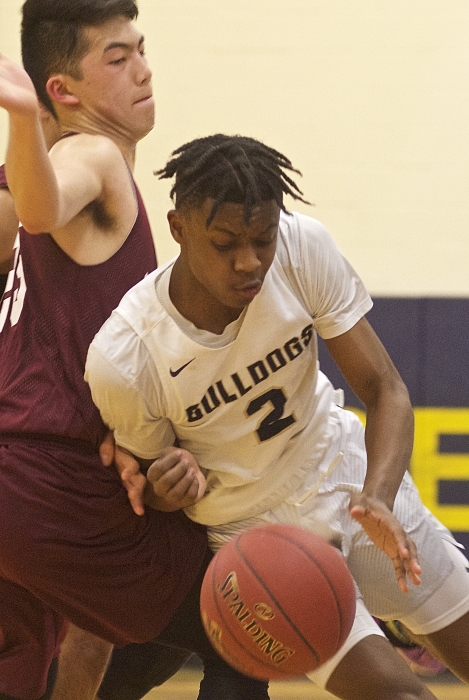 Most recently, Beacon defeated Marlboro, 64–48, on Wednesday (Dec. 12) in the consolation game of their own Terrence Wright Memorial Tournament. Thompson led the Bulldogs with 22 points, while Davis added 15 and Garner had 14.

The squad had lost a close, sloppy game on Tuesday, falling to Scarsdale, 40–36, in the first round of the tournament. Thompson led the Bulldogs with 15, Davis added 11 and Torres had six.

“It was tough for them to be in the consolation game of their own tournament,” said Timpano. “They hate to lose. But we dug in and played great defense, limited second-chance points and closed well” against Marlboro. “We got excellent minutes from Shane Green and Ian Bautista also gave us good minutes.” 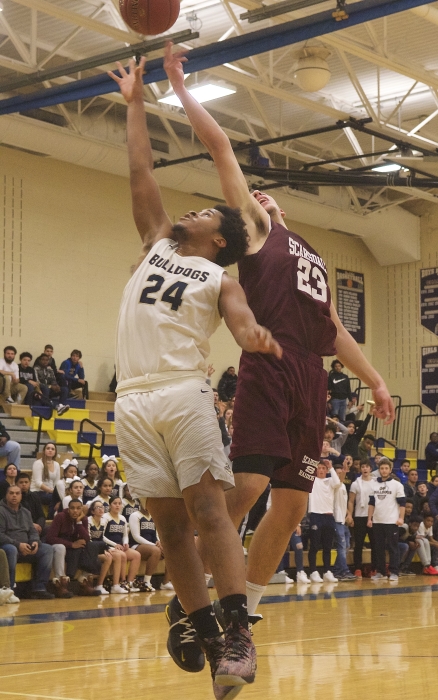 Against Scarsdale, the Bulldogs couldn’t get their offense in gear, coming up with just seven points in the fourth quarter, and 15 in the second half.

“We live and breathe with dribble penetration and getting to the line, and we didn’t execute,” Timpano said. “Scarsdale is a long team, and we had trouble finishing over them. We struggled to get anything going. Thirty-six points might be our lowest output ever. But our defense was excellent.”

The Bulldogs are scheduled to visit Harrison on Monday, Dec. 17, and John Jay East Fishkill on Dec. 18.

Last year’s team finished the regular season at 14-6 but ended the year on a disappointing note by falling in the Section 1, Class C championship to Alexander Hamilton. Haldane last won the section in 2016 on its way to the state title game.

This year’s squad is hoping to return the Section 1 trophy to Cold Spring. “Our guys know what it takes to get there,” said Coach Joe Virgadamo, in his 13th season. “If we do what we should do, we’ll have an excellent shot.” 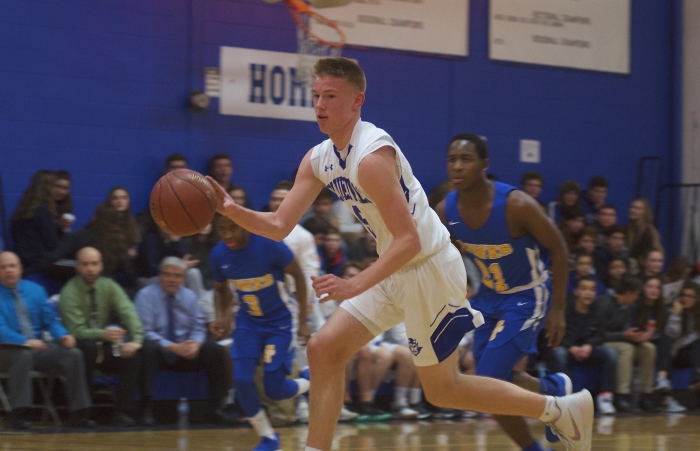 Virgadamo this season is starting nearly from scratch. Junior Matt Champlin is the only returning starter, and the only other returning player is junior Alex Kubik.

“We’re inexperienced, but we’re off to a great start,” said Virgadamo. “They are eager to learn and sharing the ball. They trust each other. We’re expecting a lot from Alex and Matt, but we have a lot of guys who can score, and we’ll be an extremely well-balanced team.” 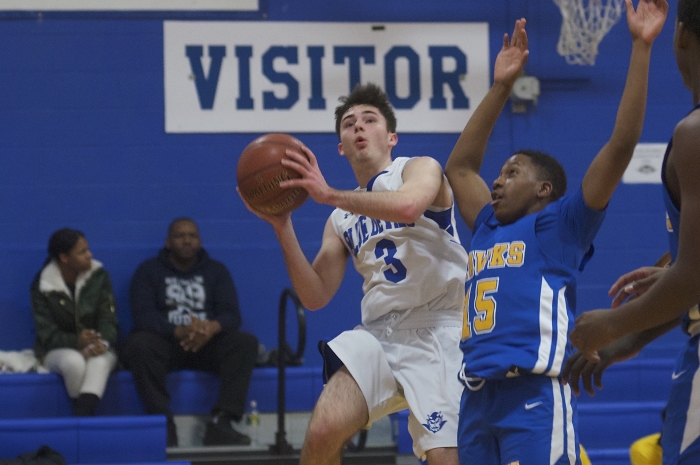 The Blue Devils opened the season by easily defeating Webutuck, 60-33, and Pawling, 63-29. They lost to Pleasantville, 54-49, on Dec. 4, but rebounded to defeat Martin Luther King Jr. High School from Hastings, 72-43, and Children’s Village, from Dobb’s Ferry, 77-42. They traveled to Solomon Schechter on Thursday.

“It was a productive win,” Virgadamo said. “We ran some good sets, played clean basketball, and our ball movement was phenomenal. Everyone on our roster scored, because we were disciplined, and in the right spots.” 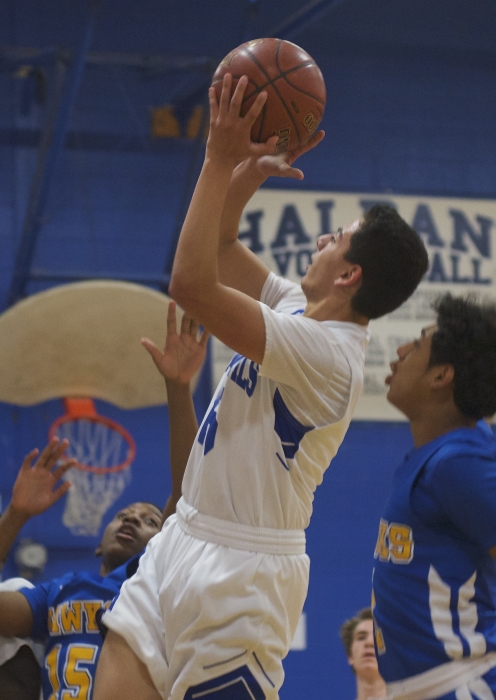 Although the Blue Devils are 4-1, they have played only one competitive game, the loss to Pleasantville, which used aggressive defense. The Blue Devils’ victories have been by an average margin of 31 points. Virgadamo said he expected the matchups against Schechter and Rye Neck (at home on Dec. 18) will be more challenging and “should give us a better indicator on where we stand.”