Both teams struggle early in season

The Blue Devils opened the tournament with a 59–31 loss to Panas, while Beacon fell in the first round to Mahopac, 66-34, with sophomore Dior Gillins scoring 18. 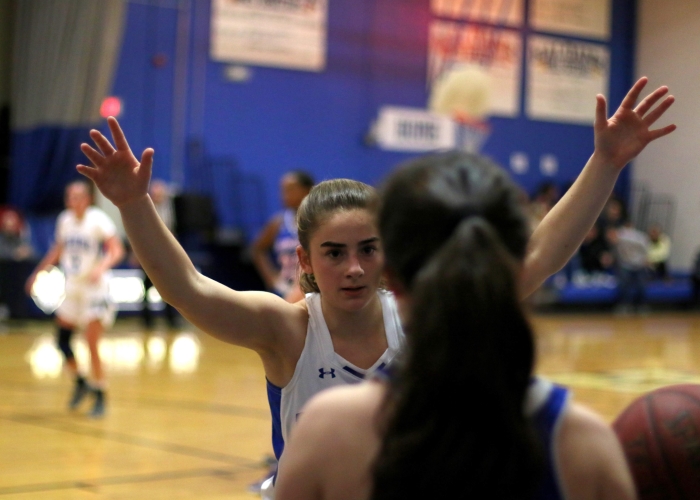 Haldane trailed Edgemont by three points, 19-16, at halftime, but the Blue Devils couldn’t find the basket in the third and were outscored, 19-0.

“That’s the story of the game,” said Searight. “Our intensity was not there.”

Olivia McDermott had 12 points for the Blue Devils, while Bela Monteleone had 13 in the loss to Blind Brook and 10 in the victory over Beacon.

Haldane is scheduled to play today (Dec. 14) in a tournament at Croton-Harmon High School against Dobbs Ferry, and again on Saturday against the winner of the other match-up between Croton and Carmel.

Beacon, which lost to Somers on Tuesday to fall to 0-5, is scheduled to host Byram Hills on Saturday at 11 a.m. and Harrison on Monday, Dec. 17.