The movies will soon return to Main Street in Beacon, according to the developers who have been working for two years to reopen the historic theater, and they insist it will be worth the wait.

“This will be an intimate movie-going experience that you’re going to remember when you leave,” said Jason Schuler, one of the partners in the Beacon Theater project at 445 Main St. Schuler also owns and operates More Good at 383 Main St. along with Scott Brenner, who is a theater partner, as well. 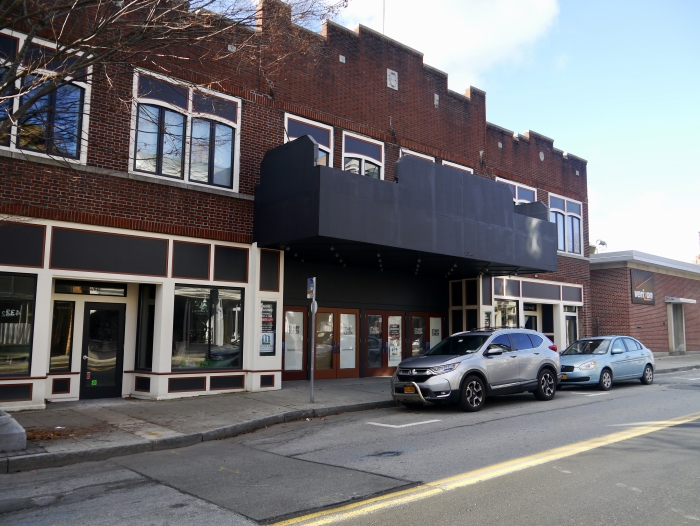 “We’re probably 30 to 45 days out,” said McAlpine, whose development group restored The Roundhouse nearly 10 years ago. “We’re being incredibly careful with every detail here. We could have slapped it together and opened a year ago; instead, it’s about allowing the concept to evolve and then executing it.”

McAlpine described the theater’s feel as “boutiquey” — not too formal but posh enough to “bring back the grandeur of going to the movies.”

The 80-seat and 25-seat theaters are nearly completed, he said. A third room that will host private screenings and events will likely open later in the year and serve as a home for Story Screen, a film club created in 2015 by Mike Burdge, the fourth and final partner in the venture. 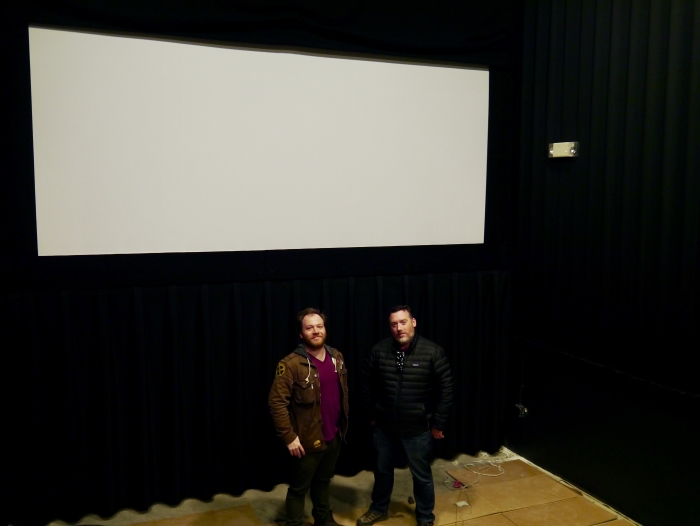 Story Screen had mostly settled into a makeshift space at More Good in 2016 for its screenings when the four men began talking movies and Main Street. Why not create their ideal theater in Beacon?

“I love going to movie theaters,” said Burdge. “I know a lot of people don’t because there’s a lot of things that go wrong, but when you’re building one, you can control the rules. This is what it can be like.” 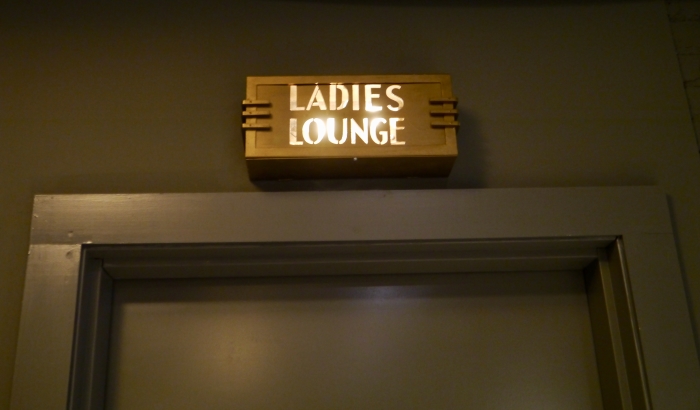 The theater still contains relics from earlier days, such as this restroom sign. (Photo by J. Simms)

Constructed as an opera house in 1886, the building at 445 Main was replaced in 1934 with a 1,200 seat venue, according to the Beacon Historical Society. That theater closed in 1968 but was purchased and rehabilitated in the mid-1990s by the Everlasting Covenant Church. A theater company, 4th Wall Productions, bought the building in 2010 with plans to create an 800-seat performance space.

The city has had a number of movie houses: The Roosevelt at 288 Main St. had 1,000 seats but closed in the 1980s; Family Cinema was at Route 52 and Main; and an establishment called the Apollo Theater is believed to have operated in the city.

After 4th Wall fell behind on its mortgage payments, McAlpine’s development company bought the Beacon Theater in 2015. 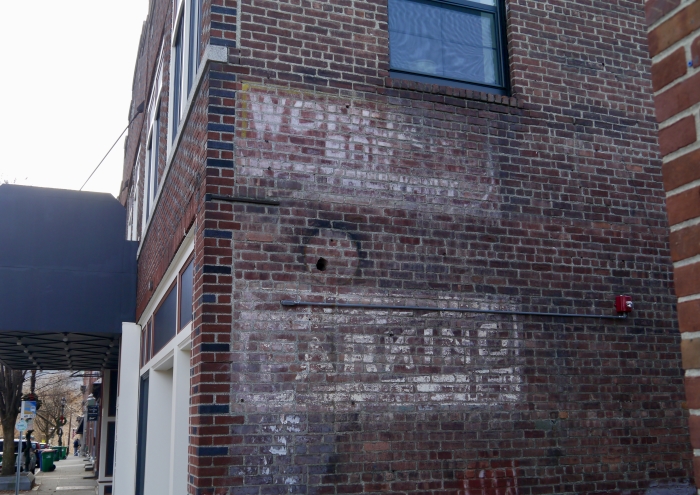 A faint sign for the original Wonder Bar can still be seen on the building. (Photo by J. Simms)

Over the last three years, he said, the partners “took the building down to bricks and put it back together again.” That process led to pleasant surprises such as the lobby’s original marble flooring, discovered beneath a layer of vinyl tiles, and some hiccups. (“Who knew a popcorn warming bin would cost $4,500?” McAlpine said.)

Harry’s Hot Sandwiches had been next door but closed earlier this year, allowing the theater partners to lease that space for a lounge they’ll call Wonderbar, named for the nightclub that occupied the building’s second floor in the 1930s and 1940s.

“The project has grown organically,” McAlpine said. “All I knew was I wanted to do a theater. We’ve progressed from possibly doing live theater, to a single auditorium with 250 seats, to three smaller theaters. We’re going to try to appeal to as wide an audience as we can.”