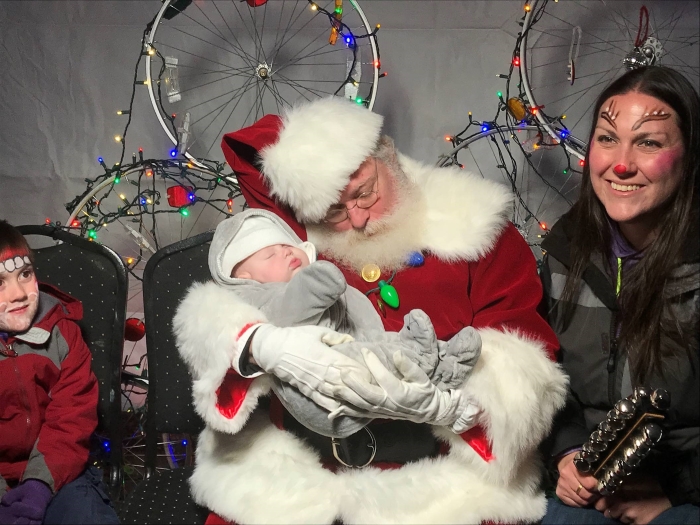 CALM BEFORE THE STORM — Santa and Johanna Colbert both decided the lighting of the Bicycle Tree at Polhill Park in Beacon on Dec. 9 was a good time for a quick nap. She’s shown with her mom, Katie, and her brother, Patrick. In the Dec. 23 issue we’ll share photos submitted by readers of children who didn’t find their visit with the red suit so cozy. (Photo by Heidi Harrison) 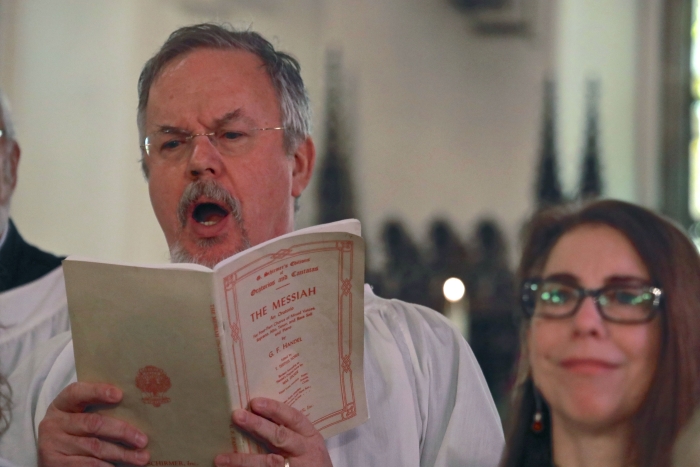 HALLELUJAH! — Michael McKee, a member of the St. Philip’s choir, sings during a performance of selections from Part 1 of Handel’s The Messiah at the Garrison church’s morning service on Dec. 9. (He is shown with Beth Cody, at right.) The service ended with the oratorio’s triumphant finale. (Photo by Ross Corsair) 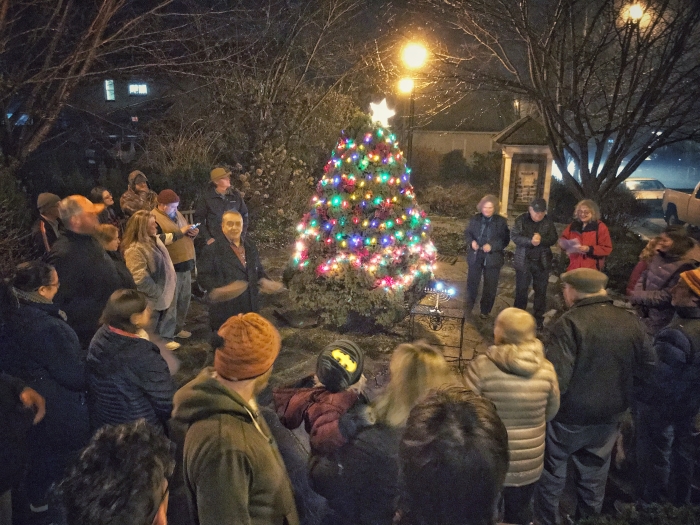 LET THERE BE LIGHT — The Village of Nelsonville held its Christmas tree and menorah lighting ceremony on Dec. 2 at Nelsonville Park led by Mayor Bill O’Neill (center left), the Rev. Doris Chandler, pastor of the First Presbyterian Church of Philipstown, and Adele Stern, vice president of the Philipstown Reform Synagogue. After the ceremony, hot chocolate and cookies were served at Village Hall. (Photo by Michael Bowman) 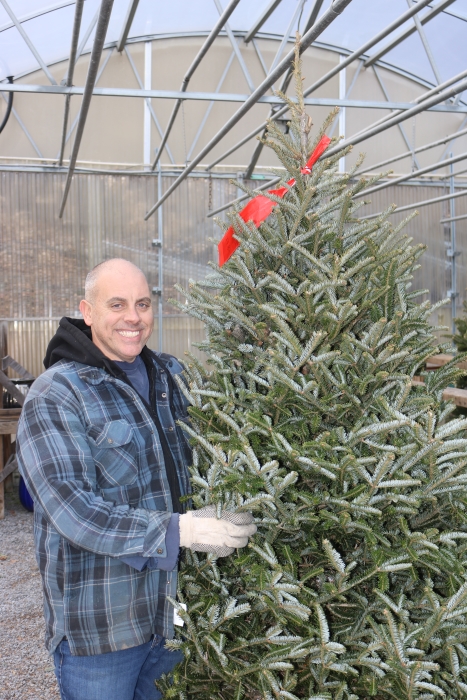 OH, CHRISTMAS TREE  — Vera’s Philipstown Market was one of several outlets that had to make up for a shortage of premium Fraser firs, one of the most popular yuletide conifers. Dominic Giordano, shown with one of the Carolina balsams brought in to make up the difference, said it was the second year in a row that his Sherbrooke, Quebec, grower was short on Fraser firs. Vera’s sells about 300 Christmas trees each year, including many up to 9 feet tall. Sorry Charlie Brown. (Photo by Michael Turton)