A visit to a new brewery north of Beacon

A stone’s throw from the hamlet of New Hamburg, north of Beacon, the popularity of a 15-month-old brewery is making its owners wish its production line was a little less micro.

“Keeping up to demand is the biggest challenge,” said Chris Woolston, who owns the Obercreek Brewing Co. with Phil Shaw and Kyle Miller. “Our size makes it difficult to maintain sufficient inventory. It takes a lot of juggling.” 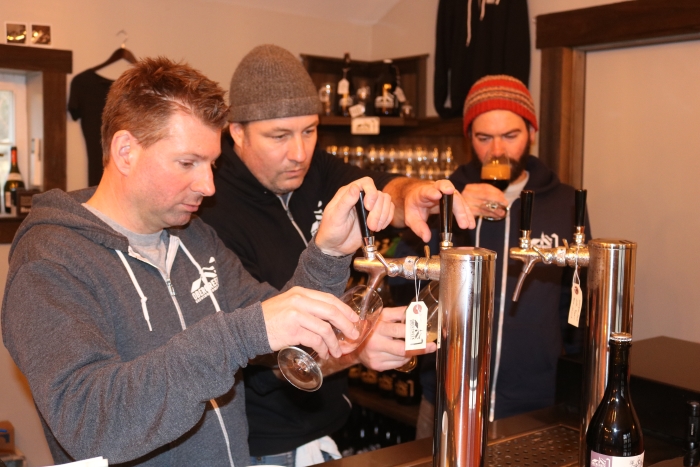 Founded in September 2017, Obercreek is one of a growing number of small breweries. In the past five years the number in the U.S. has more than tripled, to about 3,800, while in New York it has reached 400, the most since 1876.

Obercreek’s quantities may be limited, but the variety is not. Its on-site bar keeps 11 beers in rotation and has another six it offers occasionally.

“We pride ourselves on making a variety of styles well,” Woolston said. “We do a lot of different hoppy beers, and farmhouse ales.” 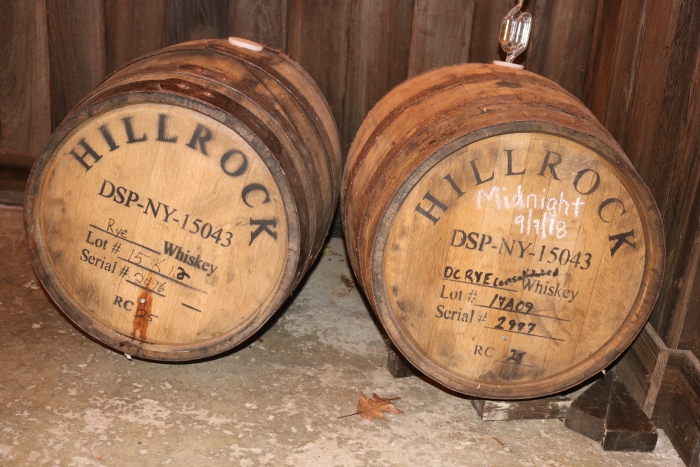 Some Obercreek beers are aged in whiskey or wine barrels. (Photo by M. Turton)

The grains and fruits used in brewing are sourced from the Hudson Valley whenever possible, and the hops come from Obercreek Farm, other parts of New York, Australia and New Zealand. “Using a variety of hops yields the greatest variety of flavors,” Woolston said.

Some Obercreek beers are specially aged. Assent is aged in Millbrook Vineyards barrels. Hillrock Whiskey barrels are used to add flavor to Midnight, an Imperial stout, and barrels from Kent Falls Brewing Co. enhance production of a Flemish-style sour. 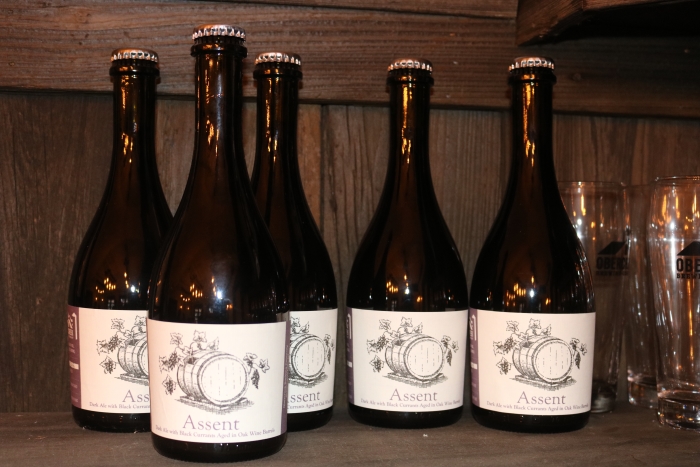 For now, Woolston said production is limited to three, 31.5-gallon barrels per week which can be ordered by the pint or taken home in growlers.

The three men met through a shared interest in home brewing. Each has his own reason for diving in. “I wanted to make and share great, Vermont-quality beer, close to home,” said Shaw.

Miller was drawn to the brewing itself. “I enjoy the beermaking process, from the scientific techniques involved to the mystification of wild fermentation.”

For Woolston it was about possibilities. The business “could go in so many directions,” he says. “From local customers to the country or the world.” 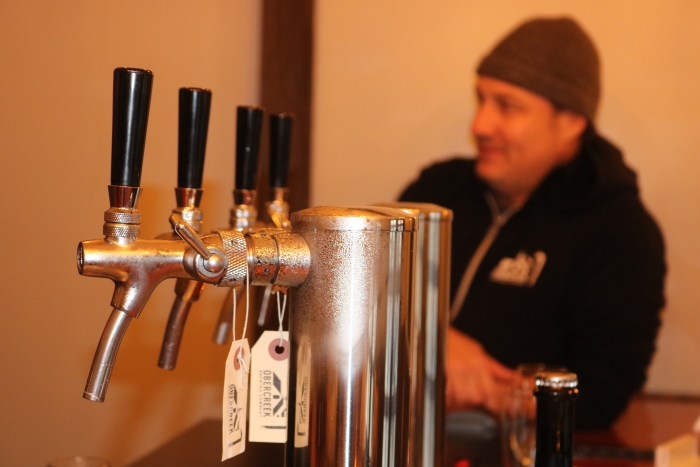 The brewery is a separate business from Obercreek Farm, which produces organic vegetables, flowers and herbs on 14 acres. That includes an acre where Dominick Vigliotti grows eight varieties of hops that he sells to the brewery and home brewers.

Vigliotti says he is a fan of the brewery not just because it buys his hops. “They changed my palate,” he says. “I’d never had currant beer before. The quality opened my eyes to what beer should be.”