Coach: Still improvements to be made

The Bulldogs (5-2) were in control from the start, sprinting to an 18-5 first-quarter lead. Beacon led 31-11 by halftime, on the way to handing the winless Patriots their fifth loss. 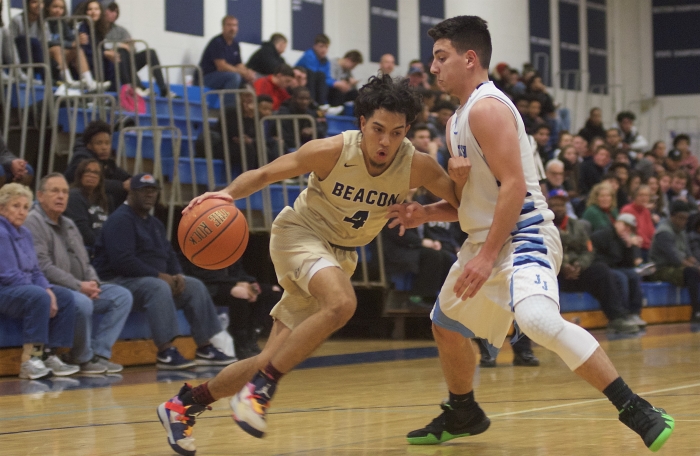 “Our offense was a little sloppy, it was hard to get a flow going,” Coach Scott Timpano said, noting that the Bulldogs only shot 30 percent from the field. “But on defense we responded.”

Aaron Davis and Ebow Simpson each had 12 points, and Simpson also grabbed 10 rebounds, blocked four shots and went 6-for-6 from the free-throw line. Davis added five rebounds and two assists, and Dayi’on Thompson and Manny Garner each had eight points. 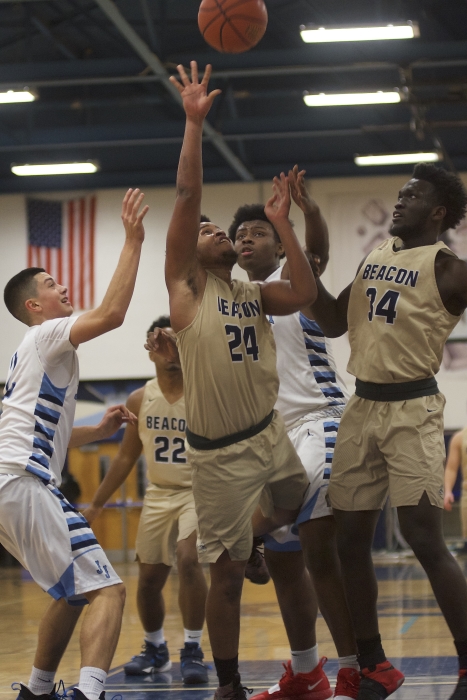 Manny Garner (24) puts up a shot off a rebound against John Jay. (Photo by S. Pearlman)

“Aaron gets the team going,” Timpano said of his senior captain. “And we’re very high on Thompson. He has the talent to take it to the next level. Manny also busted it on both ends.”

Nevertheless, “we’re still not playing our best basketball,” he said. “And that’s good, because we don’t want to be peaking yet.” 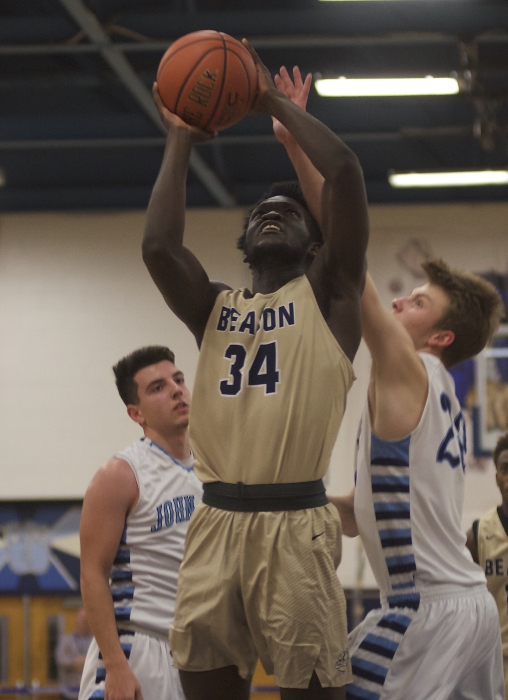 In a 59-43 victory on Monday over Harrison, Davis scored 18 points, Thompson had 11 and Garner and Simpson each added eight.

On Dec. 27, Beacon will play its first game in the Dwayne Davis Tournament at Ketcham High School.