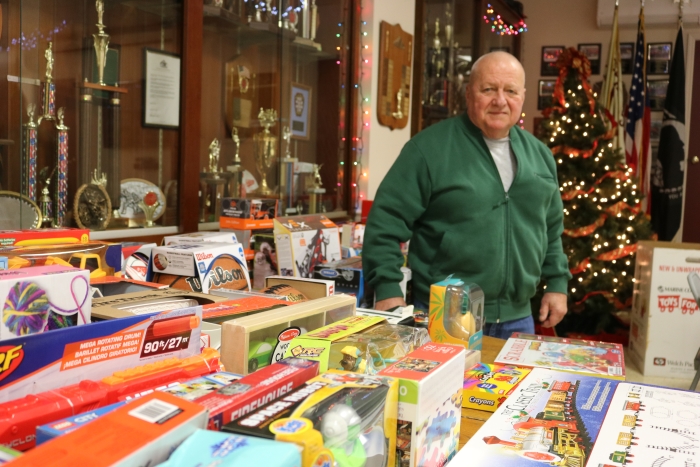 QUARTER-CENTURY OF TOYS — Anthony Phillips stands at the Cold Spring firehouse on Wednesday (Dec. 19) with some of the hundreds of toys collected for this year’s Toys for Tots drive, a project of the U.S. Marine Corps Reserve. This is the 25th year that Phillips, a former Marine and a past mayor of the village, has coordinated the program in Philipstown. The toys were distributed on Dec. 20 to families and agencies that assist them. (Photo by Michael Turton) 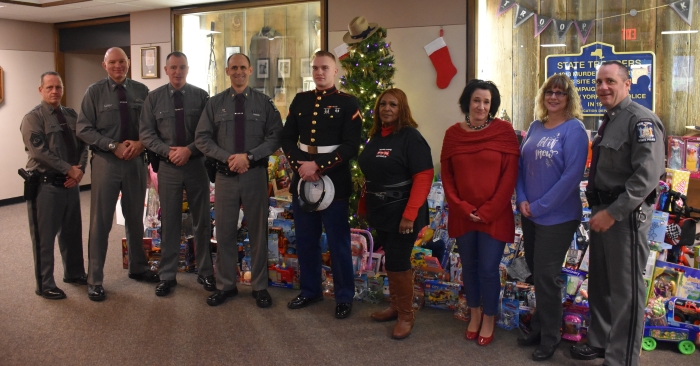 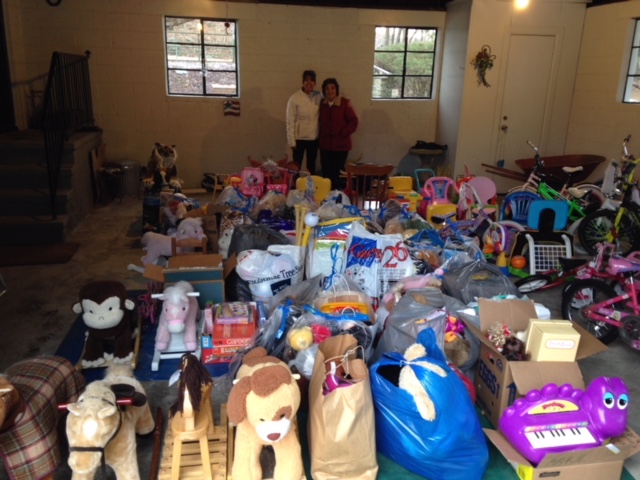 DEDICATED VOLUNTEER — Marie Brady, 90, a lifelong resident of Southeast, collected more than 200 toys and 21 bicycles for Toys for Tots this year, which Putnam County Sheriff’s deputies delivered for her to the drop-off point. According to Deputy AJ Pizzuto, Marie said she hopes to double the total next year. She was assisted by Wendy Koehler and Sheriff’s Cadet Vincent Ricci. (Photo provided)