Cold rain and darkness outside contrasted with the warm glow from sconces in the Old Court House on New Year’s Eve, when Philipstown resident Nancy Montgomery took the oath of office as a Putnam County legislator alongside New York Assembly Member Sandy Galef, state Sen. Sue Serino, County Executive MaryEllen Odell, and other victors of the Nov. 6 election.

Montgomery, whose District 1 covers Philipstown and part of Putnam Valley, and Galef, whose 95th Assembly district includes Philipstown and other areas in western Putnam, are Democrats. Serino, of the 41st state Senate District, and Odell are Republicans. 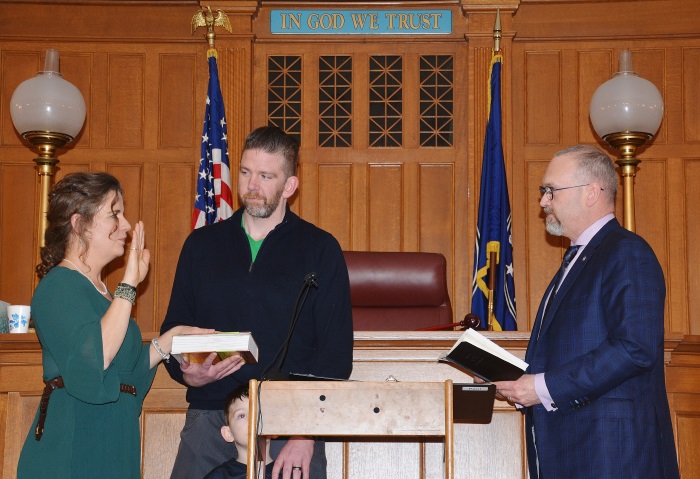 Montgomery defeated two-term Legislator Barbara Scuccimarra, a Republican; both served on the Philipstown Town Board before running for the county Legislature. 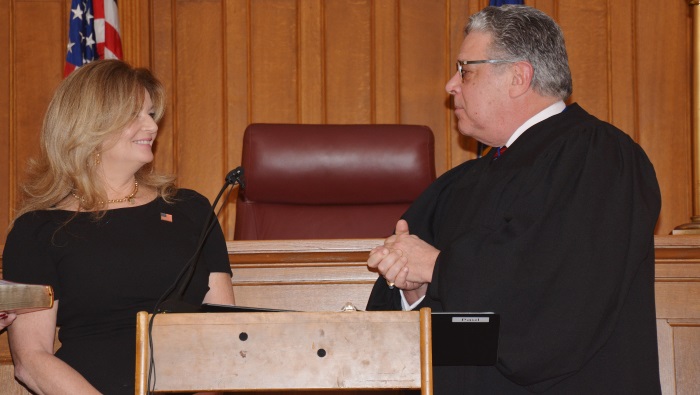 Before taking the oath of office for her new term as Putnam County executive, MaryEllen Odell chatted with state Supreme Court Judge Lewis Lubell, who administered the oath. (Photo by L.S. Armstrong)

A standing-room-only crowd filled the restored 1814 court chamber in Carmel, where the newly sworn-in emphasized their intent to serve the public, regardless of political affiliation. Applause from the audience and politicians from both parties congratulated each, and all the speakers avoided partisan digs (although an audience member softly groused that the room contained too many Democrats).

As suggested by the “so help me God” plea in the oath they all swore, “service is the key to heaven,” Montgomery said. “We all want the same things,” across party and district lines, she added, citing the example of the Iroquois in emphasizing unity, mutual service, and the benefits of “getting to know your neighbor.” County legislators convene on Tuesday (Jan. 8) for their first 2019 business session and “I’m really excited to start,” Montgomery said. Her term lasts three years. 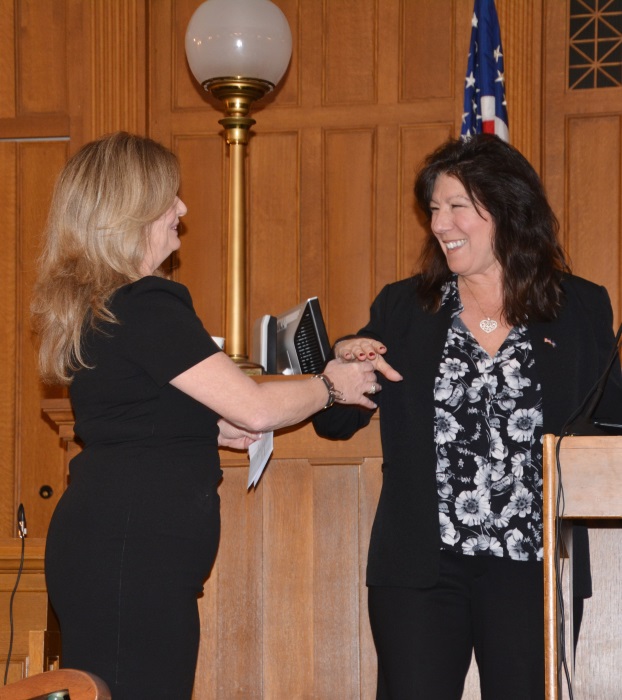 Saying she feels “so humbled and honored” to have been re-elected, Serino, who overcame a close challenge from Democrat Karen Smythe, expressed eagerness to work with colleagues on both sides of the political aisle and praised Galef for her expertise and cooperative spirit. Serino will be the ranking member of the Senate’s aging and social services committees.

Galef likewise stressed the need for bipartisan cooperation and reminded everyone that “we’re only here because of the wishes of the public.” State-level legislators also must collaborate with municipal officials and citizens, she said, because achieving goals requires that “we don’t do it by ourselves.” 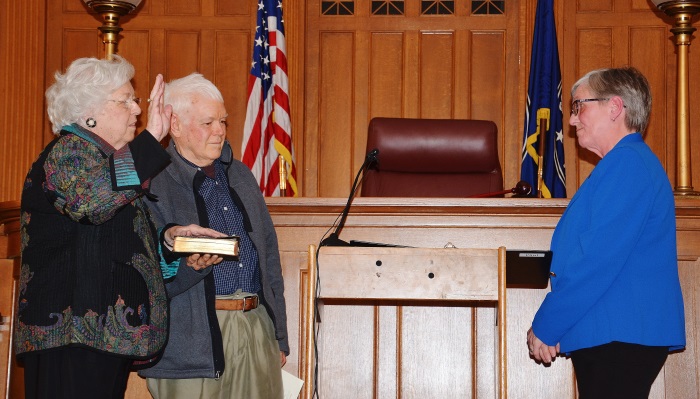 This year in Albany “we’re going to work on a lot of issues we weren’t able to accomplish [much on] in the past,” she added. Her examples include the continued repercussions of federal tax law changes; extending the statute of limitations on prosecuting child sex-abuse; health care; safeguarding the Hudson River and environment; and political ethics standards — “something we really have to work on.”

Moreover, Galef predicted, “I think this is going to be the year for election reform.” She urged residents to share their ideas with her, “because that’s how we learn.”

The county-level agenda, Odell said, includes continued efforts to fight opioid abuse; addressing possible ramifications of statewide marijuana legalization; assistance to veterans and senior citizens, and completion of a “playbook” of policy initiatives to guide Putnam for the next 20 years.

Public service “is difficult, but oh so rewarding,” she noted, as she enters her final four years as county executive, prevented by term limits from running again.