It’s never pretty when the home team gets out-worked in the final moments of a tough loss. 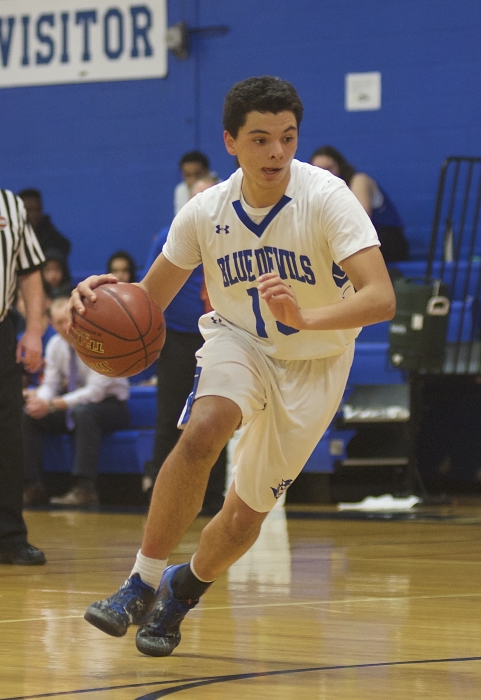 The Haldane High School boys’ basketball team was not a happy bunch a week ago (Dec. 28), after it allowed the game-winning basket to fall on a third opportunity with four seconds left in a 62-60 loss to Section 9’s Chester. It was the Blue Devils’ inability to body-up and grab a rebound in the waning moments of the Chester game that cost them at least a chance at overtime, Coach Joe Virgadamo said.

“We’ve been practicing rebounding all year,” Virgadamo said. “And after that we spent even more time on it. It’s not helping us in any situation — allowing second and third shots. We’ve got to keep working on it until that’s a strength.”

The Haldane coach took some positives away from the loss.

“Dan Santos had his best game of the year for us,” Virgadamo said. “He’s showing what he’s made of with some good defenders on him. He’s really been improving. Matt (Champlin) has also been coming around; he’s improved quite a bit. Mame has also been getting better and better every day. He could be a big threat for us by the end of the year.”

The Blue Devils bounced back on Jan. 4, defeating Yonkers Montessori Academy, 55-34, and notched another win on Jan. 6 over North Salem, 53-43, in the Putnam Challenge at Carmel High School, to improve to 7-3. The team travels to Westlake for a 4:30 tip-off on Wednesday, Jan. 9.