Trying to remain friendly in the face of hard truths, caseworkers at the Baltimore Resettlement Center nonetheless spend a lot of time delivering disappointment as they help newly arrived refugee families.

“What they’ve done back home doesn’t often translate to what they’ll do here,” explains one caseworker in This Is Home, a documentary edited by Cold Spring’s Toby Shimin. It will be shown on Friday, Jan. 11, as part of the Depot Docs series at the Philipstown Depot Theatre on Garrison’s Landing.

Director Alexandra Shiva and producer Lindsey Megrue will answer questions after the screening, which will be followed by a reception at nearby Dolly’s. Shiva came to Depot Docs previously with her film How to Dance in Ohio, which also was edited by Shimin. 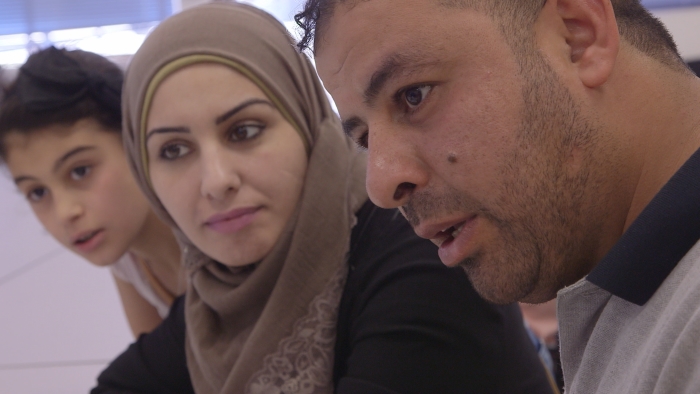 Sedra, Yasmen and Khaldoun, some of the subjects of “This Is Home” (Gidalya Pictures)

At the time of filming in 2017, some 21,000 Syrian refugees had been accepted into the U.S., and 372 were settled in the Baltimore area. The Trump administration’s ban on further refugees entering the country from Syria occurred about halfway through the filming. The refugees are expected to be mostly self-sufficient after eight months, during which the Baltimore Resettlement Center helps with housing, jobs and finding financial aid.

This Is Home follows four families.

One man is shown being overwhelmed by the choices in a supermarket — “This is indescribable,” he utters — as he searches amidst the low-fat and acidophilus-enhanced choices for the yogurt most like the one he ate back home.

And there’s a learning curve in how to shake hands. 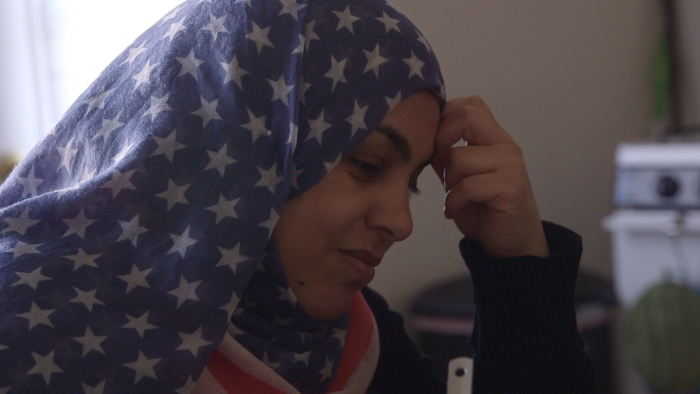 Madiha, one of the subjects of “This Is Home” (Gidalya Pictures)

These smaller, sometimes funny, moments are interspersed with larger, sometimes darker ones: how a childhood spent in a war zone alters how a child plays. Sometimes, casual asides dig the deepest. Explaining why it will be difficult for him to take a job which entails standing for hours, Khaldoun shows a caseworker his leg, pointing out the results of torture, “with a drill, teeth and pliers.”

As the months go by, the families subtly change, particularly the women. Here, unlike in Syria, there is an expectation that they will work outside the home. 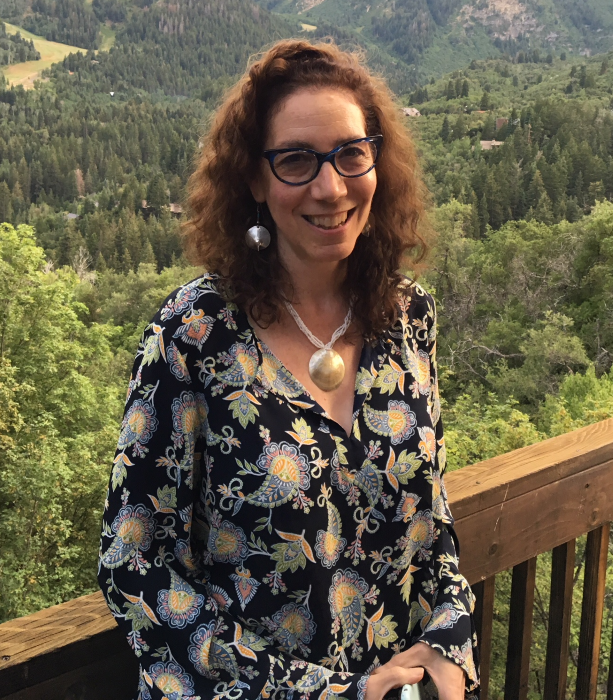 For Shimin, much of the challenge in editing was following conversations spoken in a language (Arabic) she doesn’t know. A translator provided transcriptions of whatever anyone said on screen, but Shimin and Shiva realized what was being spoken in the background was pivotal in capturing family dynamics. So they ordered a second translation of everything that could be heard.

The idea for the film came from an unusual source. Princess Firyal of Jordan, who is on the board of the International Rescue Committee, wanted to show the impact of the Syrian refugee crisis and  approached Shiva because she had seen and admired How to Dance in Ohio, a documentary about a group of teenagers and young adults on the autism spectrum preparing for a spring formal.

The filmmakers were fortunate to meet their subjects the day after they arrived in the U.S. “Alexandra started right away,” says Shimin. “She filmed the orientation class, getting a sense of which families might be interesting, and receptive.”

In editing the footage, Shimin says her goal was “knowing when to balance the ‘otherness’ with the ‘sameness.’ Also, looking for humor. And I wanted the audience not to be looking at them, but instead walking next to them. It was difficult not to make them victims. I wanted to portray them with agency as well as dignity.”

What’s especially moving in the film is the refugees’ continuing attachment to their war-torn homeland. Khaldoun offered this: “I miss Syria; its soil. Childhood was beautiful. I fought until the last breath to stay. Like someone asking, ‘Where is my mother?’ I’d ask, ‘Where is my country?’ ”

Tickets for the screening, which begins at 7:30 p.m., are $20 at brownpapertickets.com.