Tracking down secrets of Granite Mountain

Granite Mountain tops out at two peaks over 900 feet, which feature views of Putnam Valley and the higher peaks of the Highlands protectively looking down.

A canopy of trees makes it a winter-only view, but that’s OK with Nicole Wooten, the conservation stewardship manager for the Hudson Highlands Land Trust and a Yale School of Forestry graduate.

“It’s never going to become a huge attraction, which is good for the wildlife,” she said as we took in the view after bushwhacking to the peak. 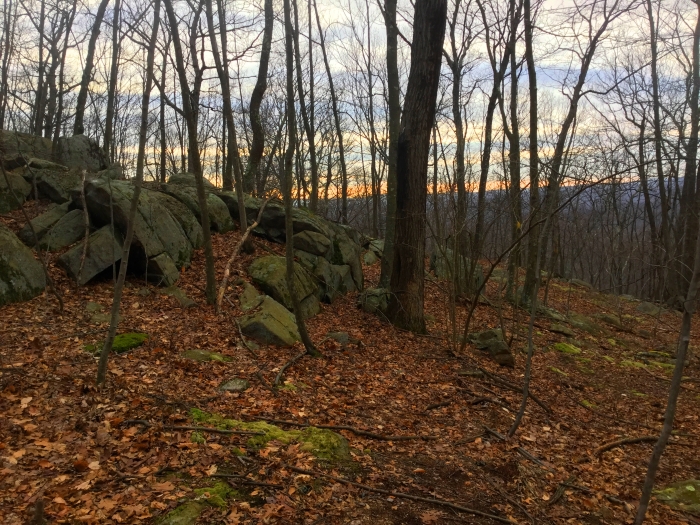 Wooten’s attachment to the 358 acres that make up the new Granite Mountain Preserve reflects her time getting to know this land over the past few years, watching the bobcat tracks in the winter snow give way to the red-spotted newts in spring’s pools, and is backed up by what the land means from an environmental science perspective.

In 2011, the Hudson Highlands Land Trust conducted a Legacy Landscape Plan, scoring tax parcels throughout the Highlands for their conservation values based on criteria such as water protection, natural resources and biodiversity. The three parcels that now make up the preserve all scored incredibly high, which becomes apparent once you’re standing in it.

“It’s a core of interior northern hardwood forests that happens to still be intact,” said Wooten as we stood near two brooks. The fact that the land has been relatively untouched, is high in elevation, and is adjacent to wetlands means that it’s, as Wooten put it, “cleansing our water as we speak.” The high number of those red-spotted newts, an animal that’s especially sensitive to the effects of pollution, found here throughout the spring is a clear indicator of the land’s health.

A few years ago, one of the three parcels that make up the preserve hit the market and was promoted as ripe for subdivisions. The owner of one of the remaining parcels was also considering building a few houses along the ridgeline. 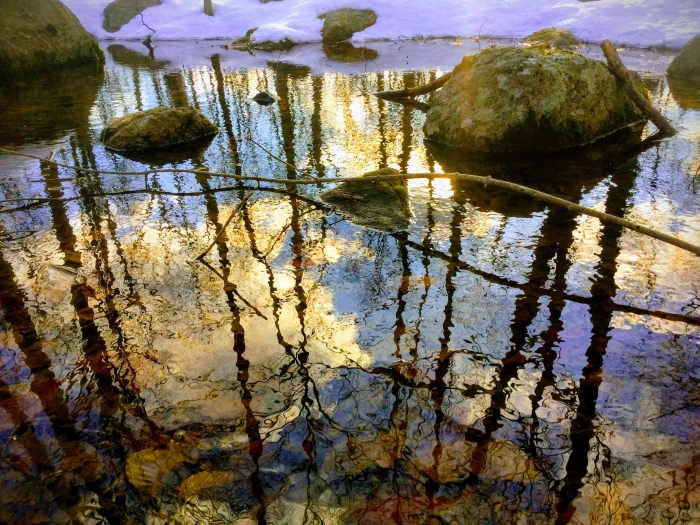 “We reached out to all the owners,” said Katrina Shindledecker, the trust’s director of conservation. “And we just started talking about what was in the realm of the possible.” About $1 million later, the trust had acquired all three parcels and the Granite Mountain Preserve was born.

The preserve, in Putnam Valley, is open to the public with a few caveats. It is located across the road from 500 Peekskill Hollow Road, but its parking lot has no address number. Once there, if you know your way around, knock yourself out. If not, it’s best to do what I did: Contact the trust and ask for a guided hike. While the preserve has a patchwork of old woods roads and lines stomped down by locals, a new system adding up to five miles of trails is being put in place thanks to the trust, volunteers from the community and cadets from West Point.

So what now looks like a trail may lead to nowhere, while new trails are marked only by ribbons, hence our bushwhack to the peak. The lung-busting initial quarter mile of trail that leads away from the parking lot will be re-routed into a series of switchbacks. A local Boy Scout is building an informational map kiosk in the parking lot for his Eagle Scout project, but for now it’s a square of yellow caution tape. I like to think of myself as pretty handy with a map, but if Wooten hadn’t been there to stop me from making wrong turns, I would probably still be there. 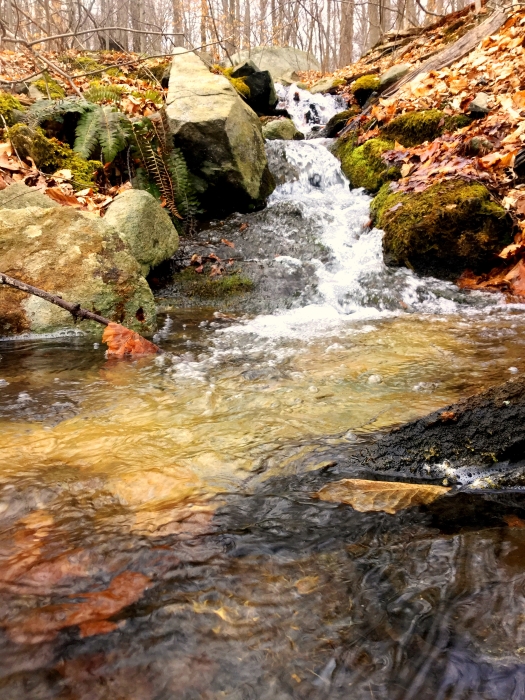 “Hopefully by this time next year we’ll be handing out maps,” said Wooten. “But for now, what we’re telling people is: ‘We love your interest, we want to get you out here, but for now, why not come out on a hike with us and then once we get it all marked up, we’ll give you a map and you can go explore to your heart’s content.’ ”

The land remains quiet, ideal for the large mammals that pass through frequently. In addition to bobcat tracks, Wooten has found bear scat, and toward the end of our hike we stumbled upon a freshly tamped-down deer bed, tufts of fur still clinging to it. Even with the school groups that Wooten brings out here and the increased number of hikers that will soon be at the preserve, the hope is that Granite Mountain will remain serene for generations to come.

“This,” said Wooten, looking out over the peak, “is a real-life manifestation of everything the trust has stood for over the past 30 years.”