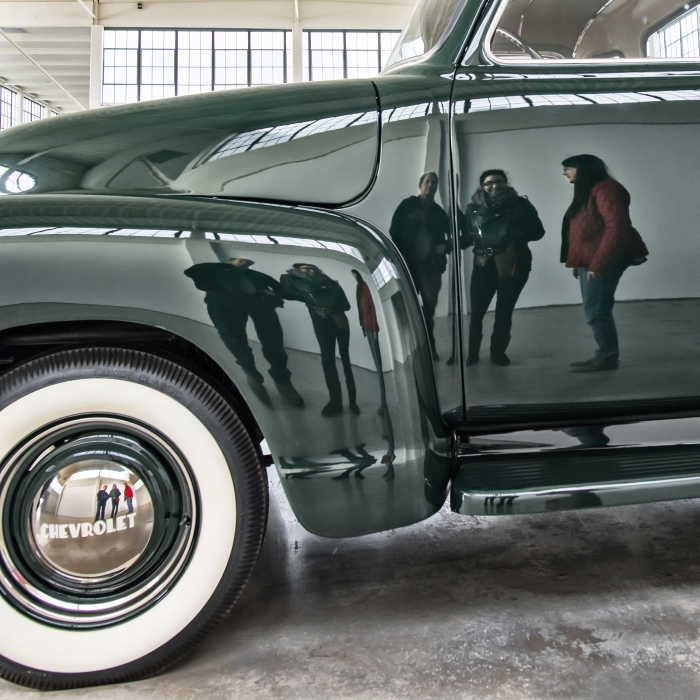 PART OF THE ART — During a visit to Dia:Beacon on Dec. 29, Steven Hromnak of Blairstown, New Jersey, took this “3×3” selfie with his wife and niece next to one of three streamlined Chevy pickups in Walter De Maria’s Truck Trilogy. (Photo by Steven Hromnak) 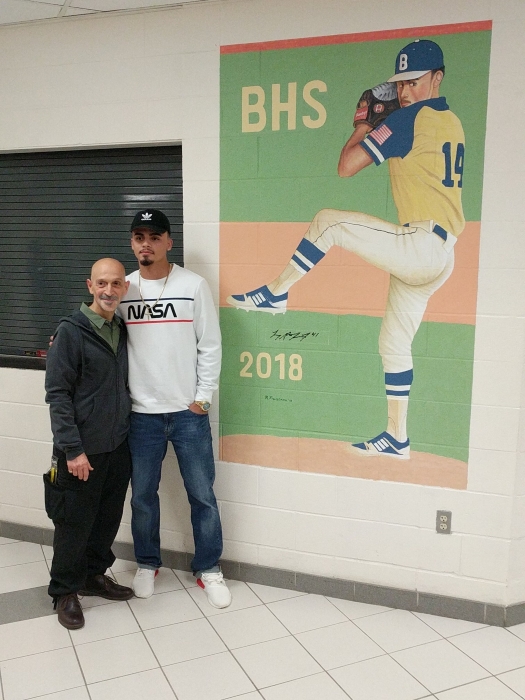 BATTER UP — Lenny Torres, a 2018 Beacon High School graduate who was drafted by the Cleveland Indians and is playing in the minor leagues, was in town on Jan. 4 to see a mural painted at the high school in his honor by Rafael Figueroa (left), a BHS security guard who is also an artist. The school also hung a banner in the gym listing Torres’ athletic achievements. (Photo provided) 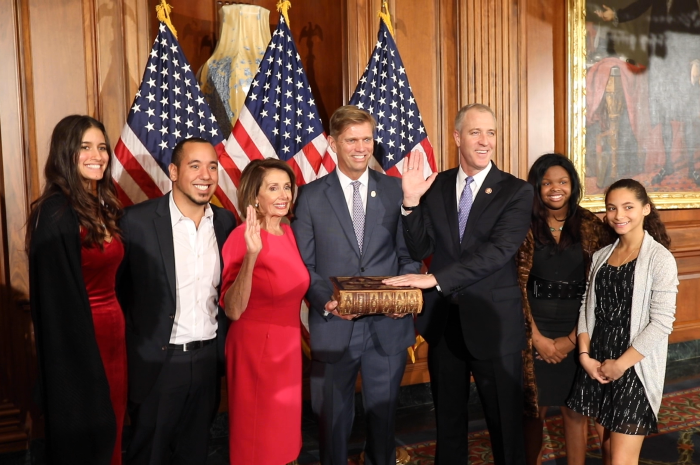 MALONEY BEGINS FOURTH TERM — U.S. Rep. Sean Patrick Maloney, whose House district includes the Highlands, was sworn in on Jan. 3, the first in which the Democrat has been part of the majority party. The Philipstown resident was joined at the ceremony by his husband, Randy Florke, their three children and their son’s girlfriend. From left: Megan Durand, Reiniel Florke, House Speaker Nancy Pelosi, Florke, Maloney, Daley Maloney Florke and Essie Maloney Florke. (Photo provided) 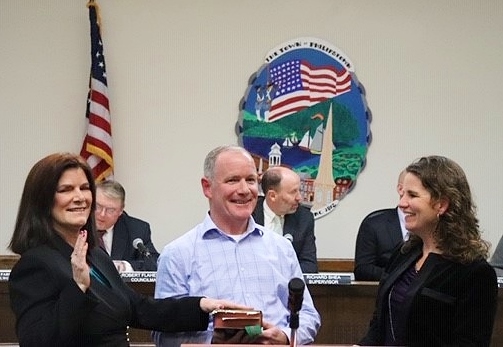 NEW BOARD MEMBER — Judy Farrell, left, was sworn in on Jan. 3 to the Philipstown Town Board by her predecessor, Putnam County Legislator Nancy Montgomery. Farrell will serve on an interim basis until Dec. 31 but can compete for the position in the November election. Farrell’s brother, Peter Farrell, held the family bible. (Photo by Katie Halpin) 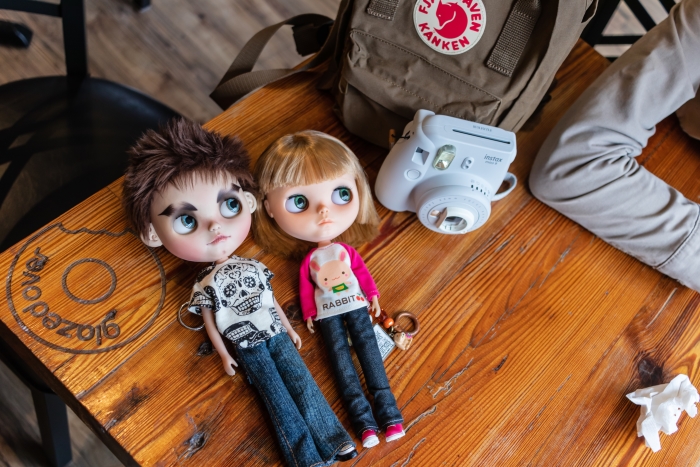 OLIVER’S ADVENTURE — Heidi Corley Barto, who lives in Wingdale, had never visited Beacon. Nor had her customized Blythe doll, Ricky, the star of Barto’s blog at rickyandfriends.wordpress.com. Ricky’s companion, Oliver, is visiting from the U.K. for three weeks before Barto ships him off today (Jan. 11) to his next host, a Blythe enthusiast in Hawaii. (Each host agrees to photograph Oliver for his owner’s blog; after a year of travel, he will be raffled off.) Besides Glazed Over, Barto and the dolls visited Beacon Bubble & Bath and the Beacon Building. “I am trying to visit cool places while Oliver is here,” explains Barto. “My daughter suggested Beacon, and I’m glad she did! We’ll definitely be back.” (Photo provided)