Jonathan O. Baltazar, 39, of New Paltz, died unexpectedly on Jan. 7, 2019. Jon was employed as a rehab director by Wingate at Beacon.

He was born March 18, 1979 in San Fernando, the Philippines, the son of Amado and Remedios (Ordona) Baltazar. He married Jenny Rickard on Oct. 11, 2008 in Poughkeepsie.

Jon loved to spend time with his three daughters playing board games, traveling, swimming and cooking Filipino food. He enjoyed biking, basketball and many other sports. He was an avid Star Trek and Star Wars fan, and enjoyed science fiction movies. Jon also loved to ballroom dance with his wife and was admired by his friends, family and co-workers for his kindness and compassion.

Besides his parents and his wife, he is survived by his daughters, Isabella, Catalina and Magnolia; two brothers, Amado Baltazar (Gigi) of Belleville, New Jersey, and Richard Baltazar (Natalia) of San Antonio, Texas; and a sister, Carolyn Kaya (Tolga) Kaya of New Haven. 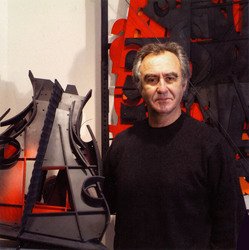 He was born and grew up in Russia and educated at the School of Fine Arts and the Moscow Institute of Architecture.

In an interview with Contemporary Art Curator Magazine, he said: “My father was a second-generation architect and a good artist. He introduced me to the great museums in Moscow and St. Petersburg since I was 5 years old. The house was packed with art books of all kinds. When I was 10 I made my first clay sculpture of a nude mimicking one illustration. Father was stunned. ‘I could never sculpt something as good, as this. Don’t have enough talent,’ he told me.”

When asked how he would like people to respond to his art, he replied, “I wish they think, Wow! I’ve never seen anything like that before.”

Funeral services will be private. 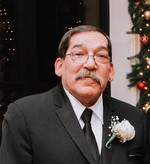 Jeff was born in New York City on Sept. 2, 1952, the son of Peter and Carmen Leon. In 1969, he enlisted in the U.S. Marine Corps and served in Vietnam. He was honorably discharged as a sergeant and awarded the National Defense Service Medal.

He held many jobs throughout his lifetime, including working as a deliveryman for Fishkill Tire & Auto. Jeff loved watching movies and had a vast collection of DVDs.

He is survived by his wife, Terry Leon, of Stanfordville, his children: Jeremy Leon (Cynthia) of Charlottesville, Virginia; Peter Leon (Laura) of Quantico, Virginia; Justus Leon of Standfordville; Belinda Leon of Beacon; and Brianna Bernacchia (James) of Beacon. He also is survived by his grandchildren: Jonas Leon, Reagan Leon, James Bernacchia and Daisy Bernacchia; his mother, Carmen Palleja of St. Louis; and his sisters, Julie Leon of Brooklyn and Susie Morales of St. Louis.

A prayer service with military honors was held on Jan. 9 at McHoul Funeral Home in Fishkill, followed by interment on Jan. 11 at Long Island National Cemetery in Farmingdale.

Known to family and friends as “Bee,” he was born in Belle Glade, Florida, on April 16, 1948, the second of 13 children of Nathaniel and Leeanna Powell. He grew up in Glenham and graduated from Beacon High School.

At age 18 he moved to Deerfield Beach, Florida, where he worked for 25 years as a system engineer analyst for IBM. Following IBM, he spent 12 years working for the City of Deerfield Beach as the manager and supervisor of Westside Park & Recreation Center.

Nathaniel was a coach, referee and president of the Deerfield Beach Packer Rattlers football program and a substitute teacher in Colquitt County.

Funeral services were held Jan. 12 at Luke Strong and Son Mortuary in Moultrie.