In the old days, before its move in 2013 from Beekman to Beacon, the Towne Crier hosted film nights. And now they have returned.

In November, Mark Gamma, who ran the Newburgh Actors’ Studio for a decade, screened two of his music documentaries to a full house. That prompted Phil Ciganer, who owns the Crier, to ask Gamma to revive the series. 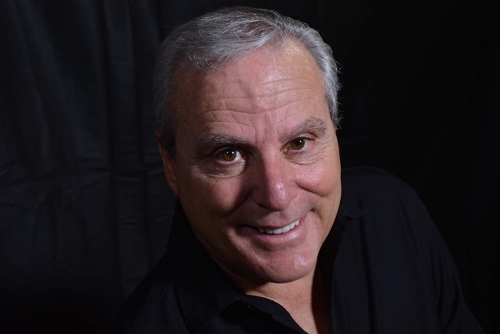 That appealed to Gamma, who has long had a connection with the film industry as a location scout. “I got to know assistant directors who became full directors and directors of photography,” he says. “I have that blue-collar mentality that you just help people up the pole, and one thing leads to another.”

The next monthly screening at the Crier, at 379 Main St., will take place at 7 p.m. on Thursday, Jan. 17. Admission is free. The selection is All the Creatures Were Stirring, a 2018 horror flick whose score was composed by Newburgh native Seth Colgrove, who will be there to answer questions. The movie follows a couple on a first date who end up in a strange theater where they are shown bizarre and twisted Christmas tales.

The goal is for each film in the Crier series to have a connection to the Hudson Valley, either in its subject matter or the people who worked on it. Gamma’s documentaries fit the bill: The Valley of Music documents Hudson Valley musicians, and The Beat Goes On focuses on 12 drummers. The Feb. 7 screening will be Justin Van Voorhiss’ Slate Yourself, a found-footage comedy about what it takes to make it as a filmmaker that was co-written by Keaton Weiss of Beacon.

In December, Gamma showed two films he made with Weiss, whom he met on a film set in 2007: a short called America that chronicles the daily life of a homeless man as he remembers the affluent life he led before the market crash of 2008, and The Lost City Diaries, a documentary about the history of Newburgh.

“There are so many filmmakers out there,” Gamma says. “They enter film festivals and have to pay a fee for their film to be evaluated for participation. Or they have to rent a place in the city to screen it, at a high cost. This, on the other hand, is an opportunity to get it out there for an interested audience without paying anything.”