When Andrea Podob and her boyfriend moved north in 2017, they didn’t realize relocating from Brooklyn to Beacon was a “thing,” she says with a smile. After they had settled, they were having their car repaired at Dr. K when they noticed the empty storefront, most recently the Magpie Studio hair salon, across the street at 2 Tioronda Ave. 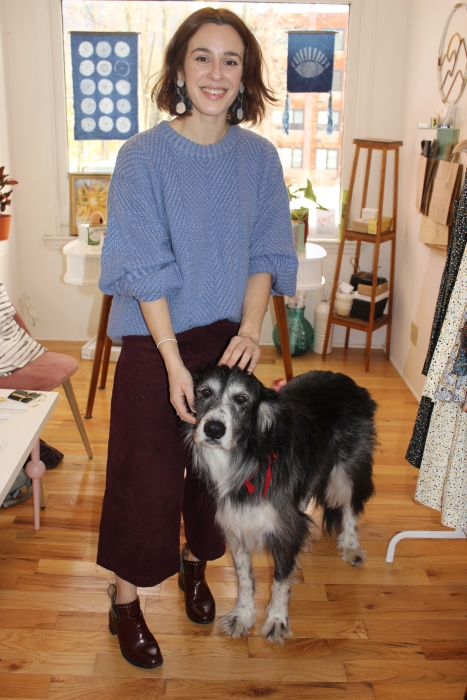 Andrea Podob with Maggie, the store dog (Photo by A. Rooney)

Podob had a store in mind and, in March, it opened there. They called it Wares and she stocked it with goods produced in small batches by independent designers, many from the Hudson Valley and most with stories that explain the who, where and why behind the clothing, textiles, jewelry, home goods, accessories and cards they produce.

Podob is a jewelry designer and while “the thought of opening up a store had not crossed my mind in New York City, it made a lot more sense up here, partly because there are so many artists who appreciate the handmade and are interested in investing in small designers.”

A native of Michigan, she graduated from Michigan State University with a degree in journalism in 2008 and moved to New York City. She found work in human resources at such fashion businesses as ArmaniX while creating jewelry on the side.

“It became clear that HR wasn’t my calling,” Podob says. She had a few design apprenticeships and internships and also studied accessories design and brand marketing at the New School. She began building her own collection but found it challenging. “It’s difficult to find retail partners,” she explains. “Most larger ones want more product up front, and sometimes they set a sales deadline by which a certain amount of product has to be sold, or you have to buy the product back. These are huge barriers.” 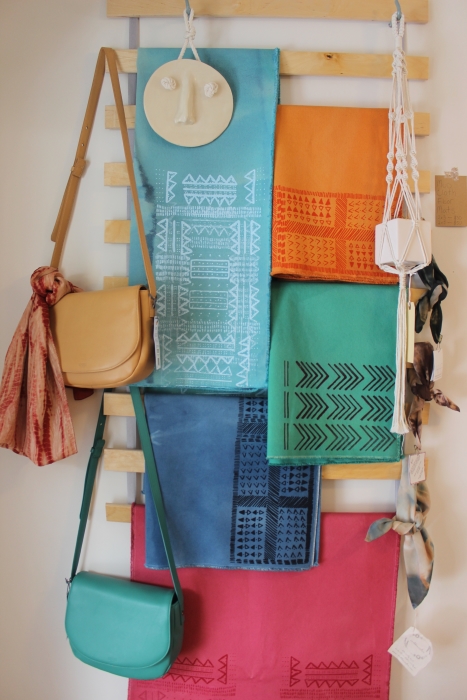 Wares carries a variety of colorful textiles. (Photo by A. Rooney)

Hoping to carve a path, Podob and her boyfriend, who works in technology with companies such as ProPublica and Gizmodo, moved to Beacon. “The common thread among our designers and products is the thought and intention that goes into the making of each item,” Podob says. “We search for goods that are ethically sourced, sustainably created or locally produced, putting special emphasis on the items that are small batch, limited edition or handmade.”

The goal, Podob says, is to “provide a platform and source of income for independent designers, one-woman, man or non-binary persons running the show, and to those new in business, looking to carve out a spot for themselves within the retail landscape. They are the ones keeping commerce fresh.”

Finding designers who meet that criteria has not been difficult. “Through the years, doing all the markets, I met a lot of artists,” she says. “They recommended other designers, and designers are starting to find me.” 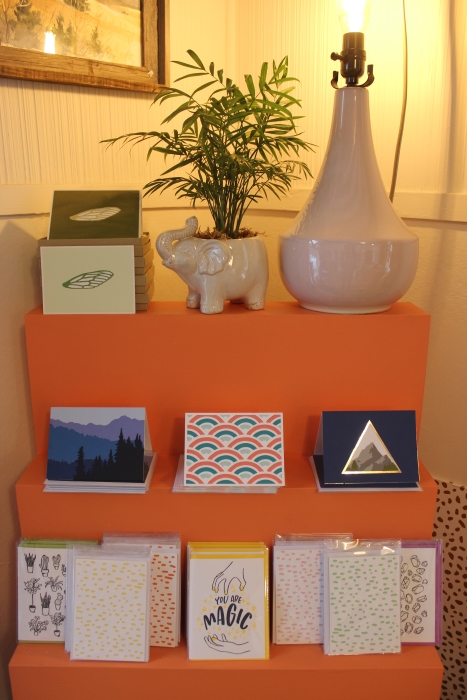 The store has an assortment of handmade cards. (Photo by A. Rooney)

Not all products are handmade by the designers, but nothing comes out of a factory. “For example, in one instance, the designer works with two seamstresses using dead stock,” or materials which would typically be discarded, she says. The store also sells goods from global artisans, with every effort made to “ensure that the people making them have been properly compensated for their time and dedication to craft.”

Podob says the store’s location off Main Street has presented challenges, as does the parking, and she is part of a coalition seeking to publicize the east end of Main. Wares is open from noon to 6 p.m. Thursday and Friday and Sunday and Monday, and from 11 a.m. to 6 p.m. on Saturday. It is closed Tuesday and Wednesday. See warestheshop.com.