There’s nothing extraordinary about Kyle Sussmeier playing varsity basketball for the Haldane Blue Devils, especially at a high school where athletics have been revered for generations. What sets the 6’2”, 165-pound senior apart is that he plays while battling cystic fibrosis, a diagnosis confirmed when he was an infant.

On Saturday, Jan. 19, the boys’ and girls’ junior varsity and varsity basketball teams were scheduled to take to the court in Cold Spring for a four-game marathon that doubles as an annual fundraiser, although the boys’ games were postponed until Tuesday, Feb. 12, due to a snowstorm. The event in the past has raised money to fund research into breast cancer and juvenile diabetes and this year will benefit the Cystic Fibrosis Foundation.

Cystic fibrosis, which results from a defective gene first identified in 1989, causes infections and a buildup of mucus in the lungs, which over time inhibits the ability to breath. Mucus also builds in the pancreas, preventing it from releasing enzymes that help the body digest food and absorb nutrients.

Although the disease was once an early death sentence, advances in treatment, including powerful antibiotics, have significantly increased life expectancy. According to the National Institutes of Health, in 1962 few patients survived into their teenage years; today a patient can live into his or her 50s. 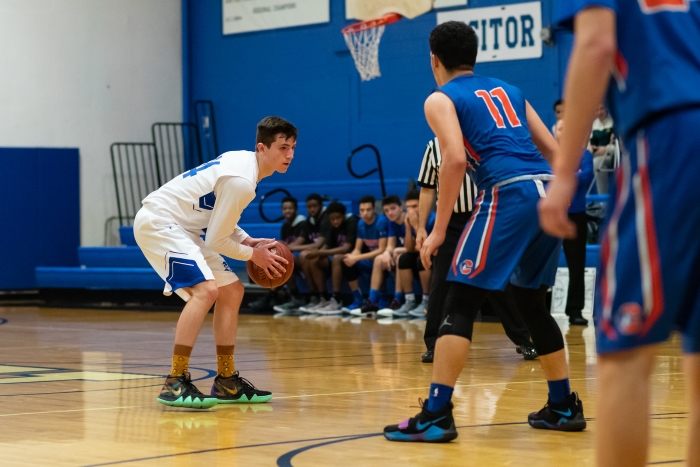 Sussmeier, 17, says cystic fibrosis hasn’t limited what he can do, but each day he must spent about 90 minutes fighting it. His routine includes up to 25 minutes of treatment early each morning, including taking a number of medications. He spends an hour after dinner taking more meds through a nebulizer and wearing a vest that shakes his chest, loosening the buildup of mucus. Kyle also consumes as many as 25 enzyme pills every time he eats.

Although he has been a student at Haldane for more than a decade, he says few classmates are aware that he has cystic fibrosis. “They know I have something,” he says, because of the pills. In restaurants, he says he sometimes gets strange looks when he plunks a pile of them on the table. 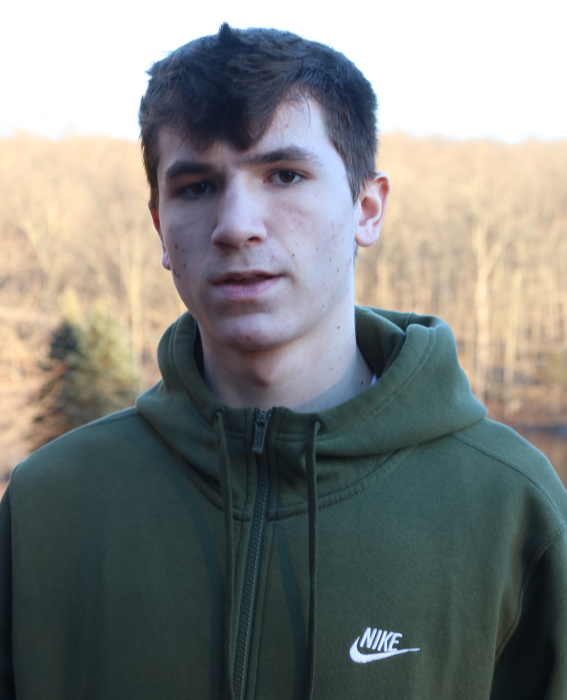 Teen boys are renowned for their big appetites, but Kyle takes it to a new level, a side effect of the disease, according to his mom, Mary Lou Sussmeier. “He doesn’t absorb all the nutrients and fats, so he’s hungry a lot,” she explains. She doubles every recipe she cooks for the family. (Kyle’s favorite is cashew chicken.)

His father, John, adds: “Between the disease and two-hour basketball training sessions, he eats for three or four people.”

Kyle would rather talk about basketball than cystic fibrosis. After missing his junior season due to injuries unrelated to the disease, he became a starter four games into the schedule and is on the court 16 to 22 minutes each game.

Sussmeier sees “shooting threes” as his strength. “I’ve always found that easy,” he says. “It doesn’t require that much energy — you barely have to move.”

He says he loves when the Blue Devils play better teams, and “play up to their speed and make it a game.” Although one such team, Chester, defeated the Blue Devils on Dec. 28 by a basket, Sussmeier says he savors those “nerve-wracking situations, where we’re losing with a minute left and somebody really has to score. That’s fun.”

Cystic fibrosis has provided Kyle and his family with at least one pleasant surprise: The Make-a-Wish Foundation sent him, his parents and his brother, Cole, to Whistler, near Vancouver, for a week on the slopes. “It was something else!” recalls Kyle, an avid snowboarder.

John and Mary Lou Sussmeier say they hope the games will increase awareness of the disease while also raising money for research.

“The progress has been exponential,” John says, noting that two relatively new inhaled antibiotics, TOBI and Cayston, have been helpful to his son. The couple has even higher hopes for a medication in clinical trials that would treat the gene that causes cystic fibrosis. “It’s not a cure, but it’s a partial cure,” John says.

The Sussmeiers raise funds each holiday season through an appeal letter to friends and family, and spectators at the Feb. 12 games will be invited to join the mailing list. Donations can also be made directly to the Cystic Fibrosis Foundation at cff.org.