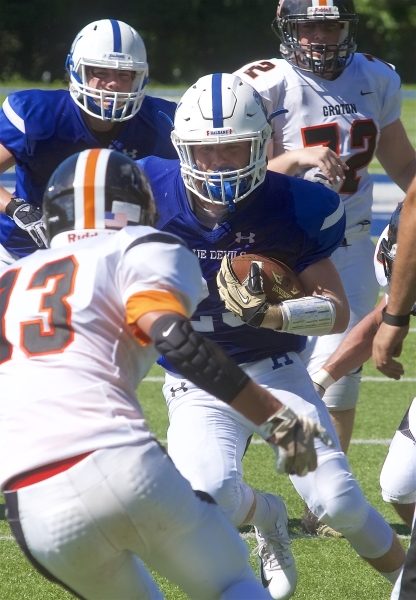 Sam Giachinta, a senior running back for the Haldane High School football team, was named on Jan. 8 to the Class D All-State offensive first team and Will Westerhuis, a senior offensive lineman, to its second team.

In four years on the varsity, Giachinta rushed for 4,066 yards and 43 touchdowns, including 1,377 yards and 18 TDs last season. He will play lacrosse next year for The College of St. Rose in Albany.

Haldane finished the season 7-2 and ranked ninth in Class D after coming within a touchdown of reaching the state championship game.

The All-State teams are selected by members of the New York State Sportswriters Association. Giachinta was named to the third team last year.

The only other player from Section 1 named All-State in Class D was Jonathan Berger, an offensive end for Tuckahoe.