It took as long as 40 years but the unclaimed remains of four American service members were laid to rest with military honors on Jan. 10 at the Libby Funeral Home in Beacon. 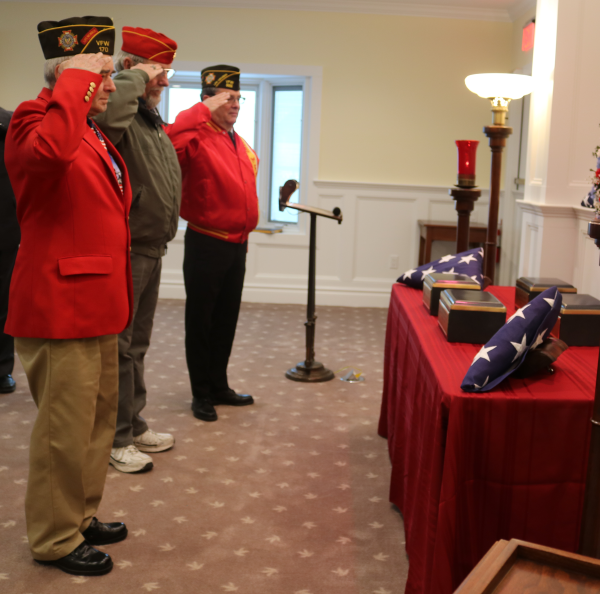 It is not unusual to find the remains of veterans that were never claimed, according to the nonprofit Missing in America Project (miap.us), which seeks them out and has interred the ashes of 3,764 service members since 2007. (The group was not involved with the Beacon ceremony.)

After the Jan. 10 service, the remains of the four men were interred in Calverton National Cemetery on Long Island. Matthew Fiorillo, who purchased the Libby Funeral Home in 2017, said it took six months of research to determine that each of the four men, all of whom died at the Castle Point Veterans Affairs hospital north of Beacon, was discharged honorably, a requirement for burial in any of the 136 national cemeteries.

The service at Libby Funeral Home in Beacon on Jan. 10 underscored a common challenge for funeral homes: ashes of the deceased that go unclaimed. Based on a survey by the Cremation Association of North America of its members, about 10,000 remains go unclaimed nationwide each year. There’s even a website — forgottenashes.com — where funeral directors can list the names of the dead who were left behind.

When Matthew Fiorillo purchased Libby, he said it was holding the unclaimed remains of a dozen people. Anthony Calabrese, who manages the Clinton Funeral Home in Cold Spring, says it has the unclaimed ashes of about 20 people.

“There is no rhyme nor reason” as to when ashes are not picked up, Calabrese said, noting that state law allows funeral homes to dispose of them if they are not claimed within 120 days.

The state, he said, also has strict rules regarding how ashes can be buried, including requiring a diagram of each grave site that pinpoints their location. Several years ago, when Fiorillo purchased a funeral home in White Plains, he said he found a number of remains there, as well, and purchased a plot to give them a proper burial.

Rabbi Brent Spodek of the Beacon Hebrew Alliance was among the clergy who spoke at the service, which was also attended by about 50 people, including veterans of the Army, Navy, Air Force and Marines.

“Though they fought overseas, their lives ended here in Beacon,” he said. “We honor the democracy for which they fought by making sure this democracy works for everyone — rich, poor, black, white, gay, straight, Jewish, Christian, Muslim and more.” 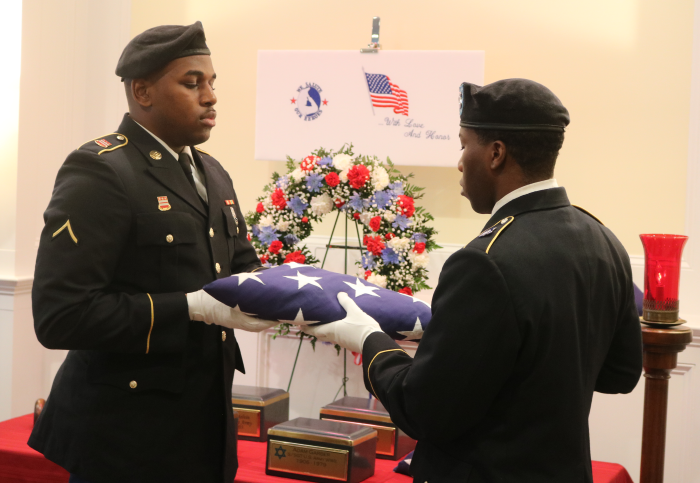 The ceremonial unfolding and folding of the U.S. flag was conducted by a New York State Honor Guard, and Michelle Poczobut, a member of Bugles Across America, sounded “Taps,” a duty she performed as a volunteer at 290 military funerals last year alone. Members of ’Nam Knights America formed an honor guard outside the funeral home as the remains were placed in a hearse for the drive to Long Island.