Construction on a $9 million capital improvement plan approved by Beacon school district voters in 2017 is scheduled to begin this spring, with most of the work to be completed before the end of the year. The state will cover two-thirds of the cost, and the remainder will come from district savings.

The projects include the installation of an artificial-turf field at Beacon High School, air conditioning on the second floor of Rombout Middle School and a new science wing at the middle school. Repairs will also be made to the track at Hammond Field, along with other safety and accessibility upgrades throughout the district. 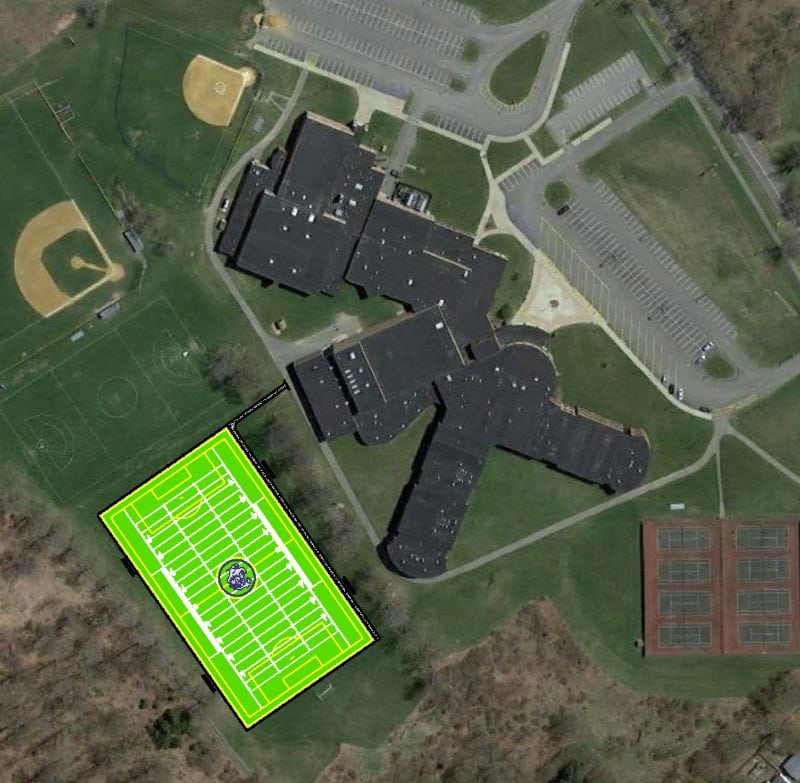 The turf field will be installed behind Beacon High School.

Construction is expected to cost $7.5 million, with $1.4 million of that going toward the new, lighted field, which will sit behind the high school and replace the boys’ varsity soccer field. The high school football and lacrosse teams will move to the turf, as well. The remaining $1.5 million will be used for insurance, testing and other district costs.

During its Jan. 14 meeting, the school board agreed to choose contractors for the sports field from firms reviewed by the state that have agreed to do the work for a set price. Construction will begin in April and should take three to four months. The remaining work will begin after the school year ends in June.

The school board could have solicited competitive bids for the field, but project architects recommended using the state pool. “With a competitive bid, you may or may not get a lower price, but you may [also] be tied to the lowest bidder, and then we’ll end up paying for it later,” said Antony Tseng, a board member.

Bids will be accepted for the other construction projects. The board is expected to approve contractors for the work next month.

2 thoughts on “Beacon Schools Project Expected to Begin in April”