Peter Bach attributes his “near-obsession” with model trains to his German grandparents.

“When I was 6 years old they sent me a huge parcel at Christmas,” he recalls. “It was an HO scale [1:87] diesel locomotive and a couple of freight cars.”

For the past 16 years the Cold Spring veterinarian has pursued what aficionados claim to be “the world’s greatest hobby” through the Olde Newburgh Model Railroad Club. Founded in 1942, the club met in that city until 1998, when it moved to Walden after the Masonic Temple that it called home was sold. 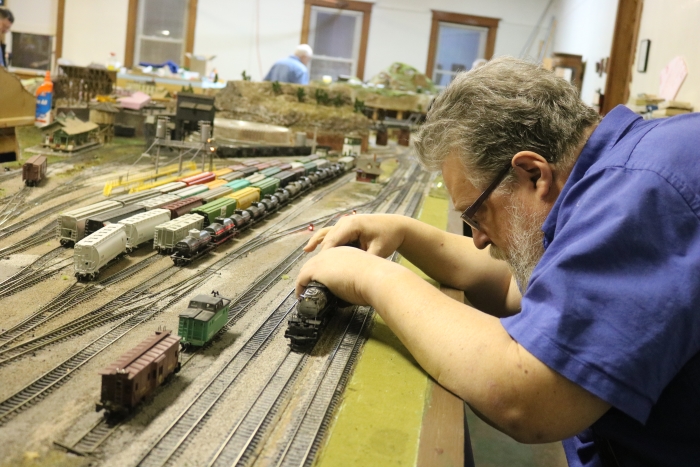 In the Walden space, at the VFW building, members have installed 400 feet of track to guide HO and N (1:160) passenger and freight trains through landscapes, towns and villages, with stops at depots, freight yards and sidings.

Bach, who also has a 100-square-foot layout at his home in North Highlands, has difficulty naming his favorite model but finally concedes it may be the American Locomotive Co. “Big Boy,” which was the world’s largest steam locomotive before World War II.

For Bach, whose areas of interests include electronics, decoding and locomotive maintenance, the biggest challenge is to make the layout realistic. “The goal is to have it look so real that when photographed you can’t tell it’s a model,” he says. That process is not easy, but when it works, “there is a real sense of accomplishment.” 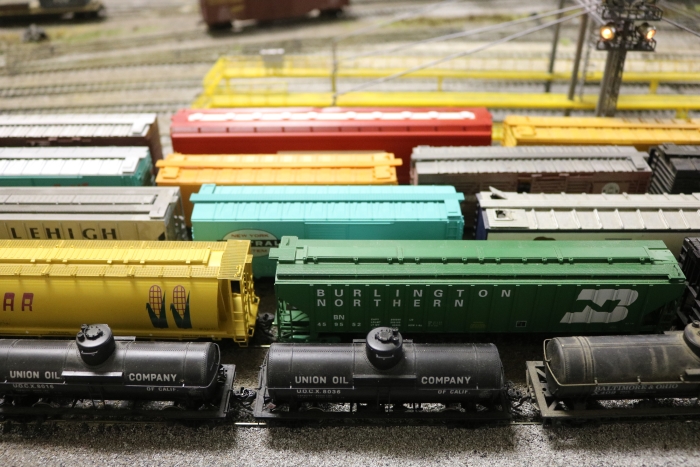 A collection of freight cars (Photo by M. Turton)

Several years ago, participation in the railroad club waned, and membership dropped to the single digits. In recent years it has enjoyed a resurgence. While its 40 members are predominantly male, some women have joined, their interest typically fueled by their fathers when they were girls.

Tip Galyon has been a train modeler since 1951.  “Everybody needs a hobby and there are so many aspects to this one,” says the Fishkill resident. “I like to work on track, switches and operational reliability.”

Don’t ask him to build a scenic backdrop, however. “I’d screw it up,” Galyon says with a laugh. He believes one of the club’s strengths is its mix of technically skilled and artistic members. “But between you and me,” he confides, “most guys who are good with scenery — their trains don’t run so well!” 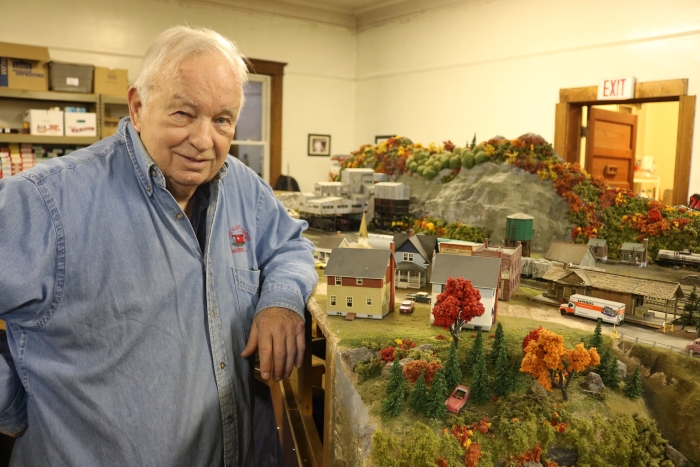 The club has always mentored children and young people, Galyon said, noting that one boy who joined at age 16 is now a brakeman for the Pan-Am Railway in Massachusetts.  “He was enthusiastic and passionate,” Galyon remembers. “Now he’s making a good living from something he started as a hobby.”

Galyon, who went on a lengthy hiatus from model railroading while raising his children, found that the hobby had changed radically when he returned. “In the old days you had to have a central command station,” he recalls. “Everything had to be cut up into blocks with toggle switches and switching was complicated.”

Today trains are controlled through radio signals sent to a chip located in the locomotive. “You have to program it,” Galyon says. “That takes certain skills.” When those skills are not adequate it can lead to mishaps — including collisions.

Last week, Norm Coard of the Town of Newburgh tested his trains on the club track for the first time. The locomotive he brought was as much a rookie as its owner. “It’s a Penn Central D78 diesel locomotive,” he explains. “I just figured out how to use the radio control today.” He owns a handful of locomotives that he said cost up to $300 each. 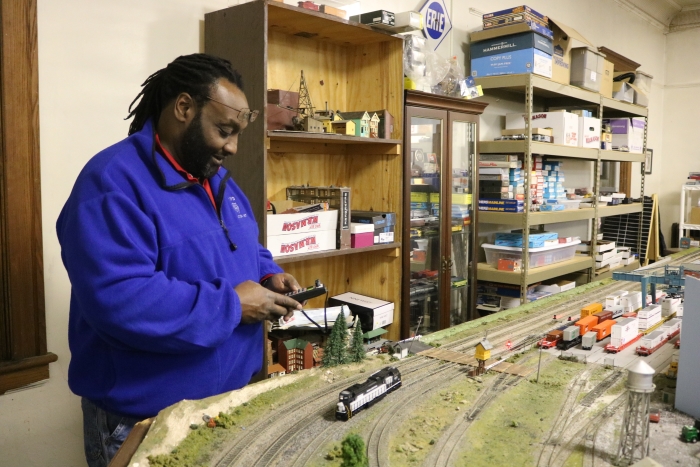 Coard is clear about why he joined the club. “I’ve worked a lot and I want to enjoy what I worked for,” he says. “This is my enjoyment, my peace of mind, my happy space.”

That sentiment was shared by other members, including Bach. “I enjoy the friendship, the camaraderie and sharing a good laugh,” he says. “I get hardly any modeling done at meetings; we mostly sit around and talk.”

The club meets Wednesdays from 6 to 8 p.m. at the VFW Building at 8 Oak St. in Walden (ring the bell to enter). It also sets up layouts at malls, retirement homes and events such as the Kingston Model Train Show on March 24. See newburghmodelrrclub.org.

One thought on “All Aboard!”