While negotiating with companies that sued Nelsonville after it rejected their cell tower plans, the Village Board is also considering inclusion of 4 acres on Secor Street (once a potential cell tower site) in an easement protecting the Nelsonville woods.

In addition, board members are drafting a 5G telecommunications law.

The board discussed all three developments at its monthly meeting on Jan. 22, and Mayor Bill O’Neill later elaborated in phone interviews.

At the meeting, the mayor announced that negotiations were underway with Homeland Towers and its partner Verizon Wireless, as well as with AT&T, to settle lawsuits the firms filed after Nelsonville refused to allow construction of a tower on a ridge overlooking Cold Spring Cemetery. Homeland and Verizon sued on June 29, and AT&T filed a separate lawsuit the same day, saying it had intended to use the Homeland-Verizon tower. (Homeland and Verizon also sued Philipstown after it rejected a tower near Route 9.)

O’Neill declined to offer details of the negotiations on Jan. 22, saying it “would impede the ability to come up with options.” However, he promised that “once we’ve come to some pathway — it doesn’t guarantee there will be a settlement — with the wholehearted support of the board, we will fully disclose what that [pathway] is and give everyone the opportunity to weigh in.”

The next day, O’Neill said residents’ feedback “would weigh very heavily” in board decisions. He noted that in 2017, the board rejected a proposal to allow a tower on a village-owned, 4-acre parcel on Secor Street after residents objected.

In an update on Friday (Feb. 1), O’Neill said he and the trustees plan an executive session for Monday, Feb. 4, to go over “where we are” in the negotiations. He added that they had also scheduled a joint executive session with the Philipstown Town Board on Feb. 13 to discuss their mutual cell tower lawsuits.

At the Jan. 22 meeting, several residents urged the board to protect that 4-acre lot from commercial development by allowing the Open Space Institute to add the parcel to a 113-acre conservation easement it holds in the Nelsonville woods.

Board members said they didn’t oppose that idea but had to weigh other options, as well. “I don’t see the urgency to move on this,” said O’Neill. “Secor is not in play. There’s no plan to put a cell tower there.” 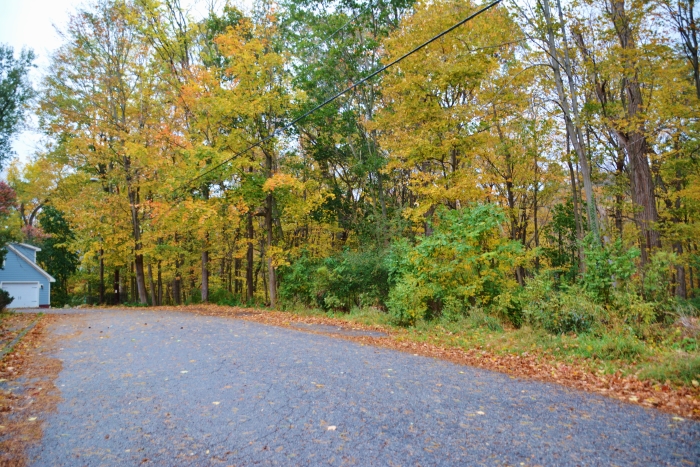 An agreement with OSI would add a 4-acre Secor Street parcel once seen as a possible cell tower site (at right) to a conservation easement protecting the Nelsonville woods. (File photo by L.S. Armstrong)

Trustee Michael Bowman, who drafted the agreement with OSI, could not attend the meeting. But in a letter, he argued that adding the village parcel to the easement would “protect it from further cell-tower discussions” while preserving “the rights of the village government to utilize or build upon the land for the public good.” Further, he said, “it will cost the village almost nothing to make it happen.”

The draft contract states the village would be able to place a playground, public restroom, education center or similar facility on the parcel.

On Feb. 1, O’Neill said that the village attorney must review the draft agreement and discuss it with the Village Board. He described the parcel as “an asset to the village” that “could be sold.” However, he said, the board does not foresee selling the land to raise money to cover costs in the cell tower lawsuit. “There’s no intent to sell,” he said. “There’s no intent to do anything with [the] Secor Street [parcel].”

In a related development, O’Neill said the Putnam County Sheriff’s Department considered installing an 80-foot antenna tower on its Nelsonville substation on Main Street but found the project unfeasible because of the building’s structural limitations.

“Of course, if there were a cellphone tower, that [antenna] could go on top of the tower,” the mayor said. “If the sheriff says we have a problem with communications, that’s a very serious matter. We can’t ignore that.”

He hinted that a lawsuit settlement might address the law enforcement antenna as well as a cell tower. “We’re looking to come up with some comprehensive answers, in conjunction with the county and conceivably the plaintiffs,” he said.

The mayor also proposed that Nelsonville, Cold Spring and Philipstown jointly hire an independent expert to assess what the area needs in telecommunications services. The cell tower companies claim the tower is needed to fill a service gap.

Fifth-generation (5G) systems, which use smaller towers but require more of them, also entered the discussion.

“5G is barreling down the pike,” David Limburg, who was among about 20 audience members at the meeting, told the board. “It’s coming whether we like it or not.”

Trustee Alan Potts replied that the board is drafting legislation to regulate 5G.

O’Neill noted that the technology “is not without its opponents. We need to come up with a strong zoning code to protect the interests of this community.”

One thought on “Nelsonville in Settlement Talks Over Cell Tower (Updated)”