The Beacon High School boys’ basketball team hit the road on Sunday (Jan. 27) to take on New Paltz High School in the Officials vs. Cancer showcase at SUNY New Paltz.

The Bulldogs got off to a slow start but a strong third quarter led to a 67-61 victory and the squad’s 10th win against only four losses. 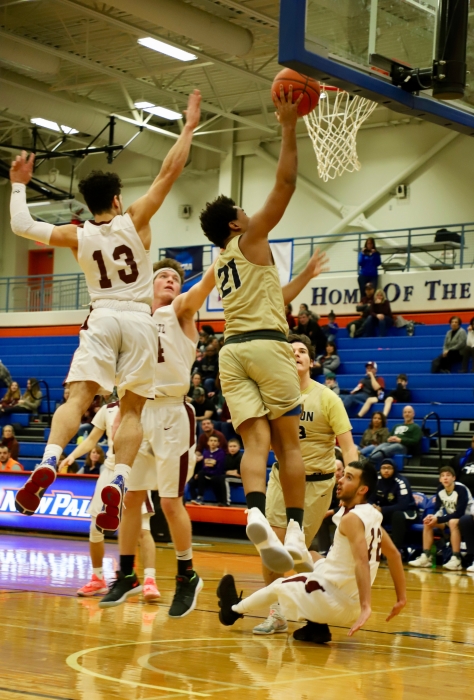 Manny Garner (21) drives to the basket against New Paltz. (Photo by Rem Dinio)

New Paltz led 19-16 after one quarter and 33–32 at halftime. But Beacon won the third quarter, 22–14, to take a seven-point lead over the Huguenots (10-3), who are ranked No. 23 among Class A schools in the state by the New York Sportswriters Association. (Beacon is unranked.)

“Anytime we take care of business on a college court, it’s a good win,” said Coach Scott Timpano. “We got some clutch free throws and shots and took care of the ball well down the stretch.” 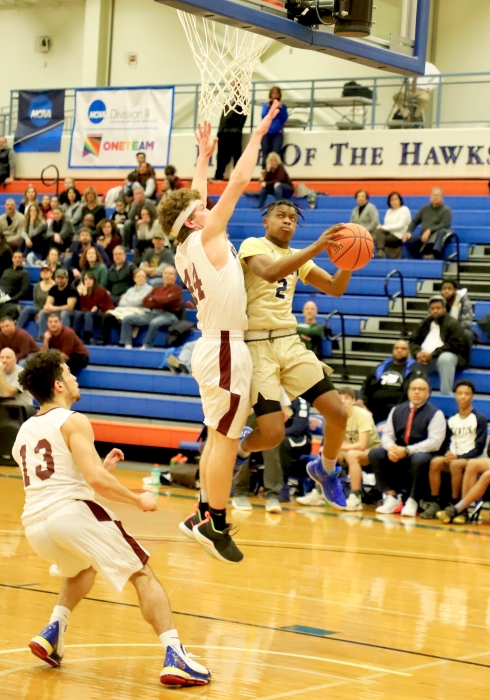 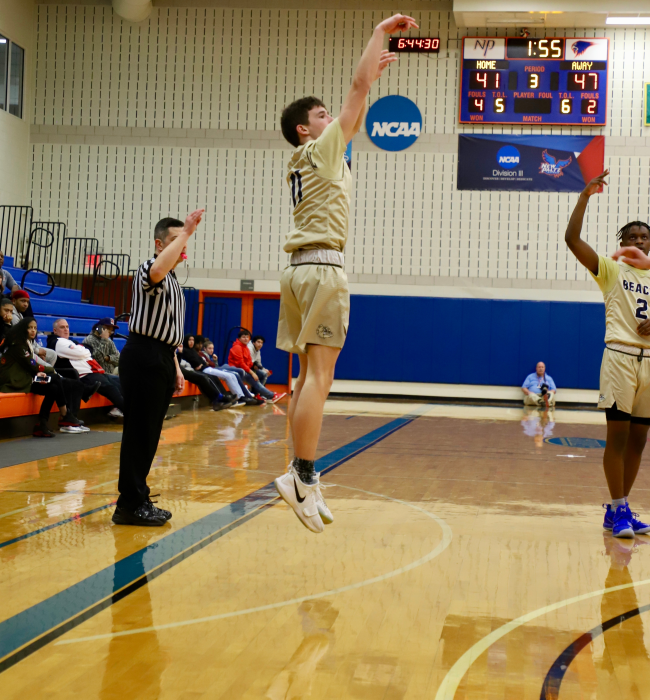 Shane Green (11) shoots a three in the third quarter while Dayi’on Thompson, at right, predicts the result. (Photo by Rem Dinio)

“Green made two big 3-pointers and took two huge charges,” Timpano said. “He’s a hustle player. He also hit 4-of-4 free throws. Garner had a huge game for us — he does the dirty work — and Aaron and Dayi’on were phenomenal.” 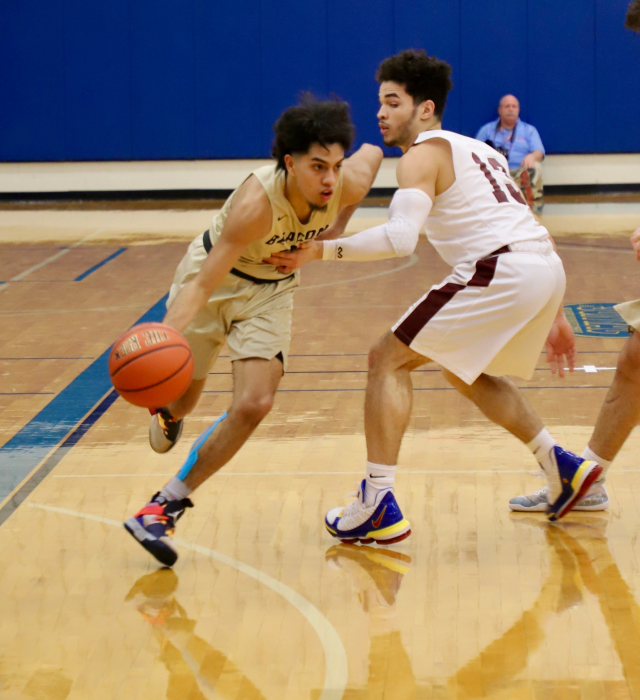 Aaron Davis led Beacon with 17 points against the Huguenots. (Photo by Rem Dinio)

After its games this week against Poughkeepsie (ranked No. 10 in Class A) and Hendrick Hudson were postponed due to weather, the Bulldogs are scheduled to travel to Lourdes today (Feb. 1) for a 6:15 p.m. tipoff and will host Hendrick Hudson on Monday, Feb. 4, at 4:30 p.m. Beacon defeated Lourdes at home earlier in the season, 64-52.