Barbara was born in Beacon on Dec. 10, 1951 the daughter of Harold and Dorothy (Way) Davis. On Nov. 27, 1976, she married Leoncio Claudio. Barbara worked as a nurse’s aide at the Castle Point VA Hospital and several nursing homes.

Barbara loved listening to music, especially Elvis. She was a happy-go-lucky person who loved to get her hair and nails done.

Family and friends will gather on Sunday, Feb. 3 from 2 to 6 p.m. at Riverview Funeral Home by Halvey, 2 Beekman St., in Beacon. A Mass of Christian Burial will be held on Monday, Feb. 4 at 10 a.m. at St. John the Evangelist Church, 35 Willow St., in Beacon, with burial to follow at Fishkill Rural Cemetery.

She was born Jan. 27, 1960, in Beacon, to Harold and Yvonne Johnson. Known to her friends and family as “Shorty,” Jeanette attended Beacon schools before earning her GED and working as a nurse assistant at Fishkill Correctional Facility.

Jeanette loved doing creative decorating. She loved helping others when she could and loved to joke and make people laugh. Jeanette was a member of Springfield Baptist Church and served as a pastor’s aide, usher, choir member and hospitality and design and decor. She also attended the Community Bible Institute.

Susie was born in Hallsville, New York, on July 30, 1926, the daughter of Willie and Sarah (Sours) Eutermarks. She married Louis Rende, who died in 1983.

Family and friends will gather on Saturday, Feb. 2, from 5 to 7 p.m. at Riverview Funeral Home by Halvey, 2 Beekman St., in Beacon. A Mass of Christian Burial will be held on Monday, Feb. 4, at 11:30 a.m. at St. Joachim Church, 51 Leonard St., in Beacon, with burial to follow at St. Joachim Cemetery. Memorial donations may be made to the Miles of Hope Breast Cancer Foundation (milesofhope.org).

Jack coached Little League and Babe Ruth in Beacon baseball for many years. He loved the game and was an unsinkable Mets fan. He also had a great love for fishing and crossword puzzles, and never met a pun he didn’t like. Additionally, Jack was a talented writer. His career was as a freelance technical writer but he also had a knack for creative writing and enjoyed writing for local publications.

Besides his wife, he is survived by his children: Erin Whitson (Evan); Peter Sine (Laura); Meghan Sine (Craig Pelton); his son-in-law Edward Spatarella; his grandchildren Joseph and Magdalene Sine and Mavis Raine Pelton; and his brother Thomas Sine (Christine).

A Mass of Christian Burial will be offered at St. John’s Church the Evangelist Church, 31 Willow St., in Beacon on Saturday, April 6, at 10 a.m. 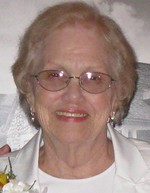 She was born the youngest daughter of Alfred and Ruth Yeager of Elmhurst, Pennsylvania. On Sept. 18, 1950, she married Frederick Smith in Washington, D.C. They were married for 47 years until his death.

Alice was a homemaker and could make any house feel like a home as she and her family moved quite often while her husband was in the U.S. Navy. She spoke often of the various places they lived and the friends they made, particularly in Great Lakes, Illinois, and Norfolk, Virginia.

She and her family moved to Beacon in 1965 and Alice became a member of the Reformed Church of Beacon. She loved to read books. She was an incredibly sharp and witty person. She was a rock to her family as she always was there to listen and give advice. She loved spending time with her family, particularly her grandchildren and great-grandchildren.

A memorial service will be held at the Reformed Church of Beacon, 1113 Wolcott Ave., on Sunday, Feb. 17, at 2 p.m. She will be buried beside her husband at a cemetery in Pennsylvania.

Billy was born in Cold Spring on Jan. 5, 1962, the son of Donald Smith and Joan (Van Tassel Daddone. He had worked as a truck driver for Downey Oil in Cold Spring.

Family and friends will gather on Saturday, Feb. 9 from 3 to 7 p.m. at Riverview Funeral Home by Halvey, 2 Beekman St., in Beacon. A funeral service will be held at 6 p.m. at the funeral home. Memorial donations may be made to the Council on Addiction Prevention and Education of Dutchess County (capedc.org)