Artist outlines process for large works, from sketches to etchings to prints

The printmaker, whose etchings are featured in Iterations, an exhibit that opened last week at the Garrison Art Center, begins in a traditional way: with sketches of external or internal landscapes.

She scans details from her drawings and plays with them digitally before transferring the image to a copper plate to be etched with an acid bath. After inking, she wipes off the excess and puts it through a press to transfer to paper.

The show includes smaller, more recent pieces as well as Reverie, an oversized series of etchings printed from the same two plates but in various combinations of colors, layers and transparencies.

“People think I’m crazy for making things of this size, but I want people to feel surrounded by them,” explains Lindenfeld. “It’s unusual to see copper plates this big.”

She adds: “It’s physical work creating a landscape. You’re creating the grooves and ridges, and there’s a kind of erosion or other geologic process going on. The plate leaves the evidence behind of all you’ve done to it and with it.”

Below Lindenfeld documents each stage of her work:

1  This is the original drawing, done in a sketchbook made of Nepalese fiber paper. It’s from the cathedral on Piazza San Marco in Venice; I drew it there, looking up at the dome. 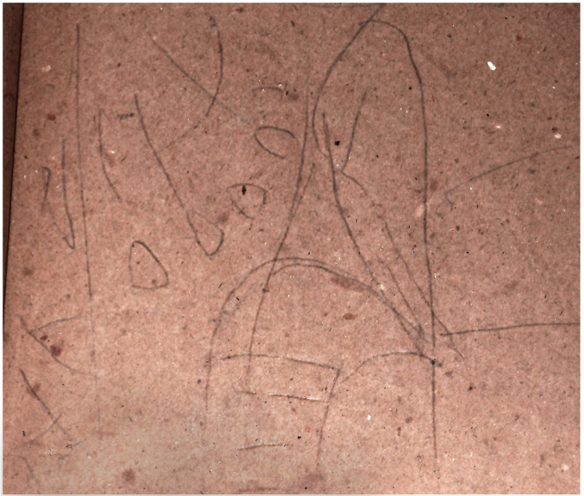 2  Then I invert it and turn it into black and white. All the fibers became stars, celestial places made up from a mix of architecture and cosmic space. 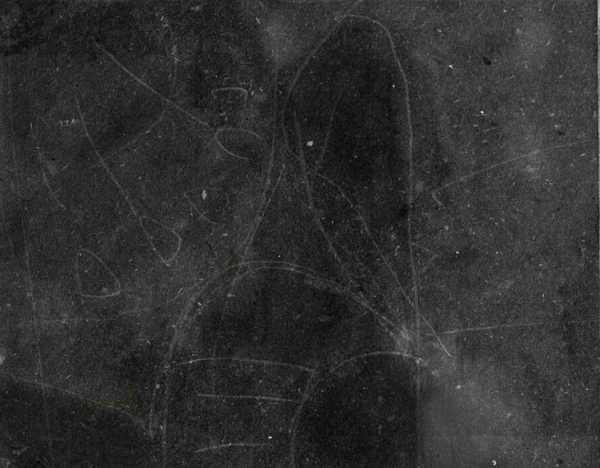 3  I blow the digital image to 4-by-5 feet, invert it again, tile it, laser-print it, put it facedown and rub it with acetone, so the toner transfers onto the copper. If you put it into a bath of acid, it “eats” the copper except for the black toner dots. 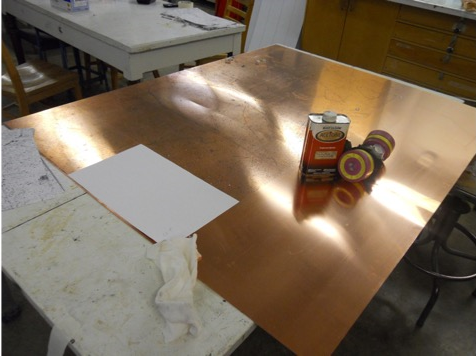 4  I prepare the plate for etching. 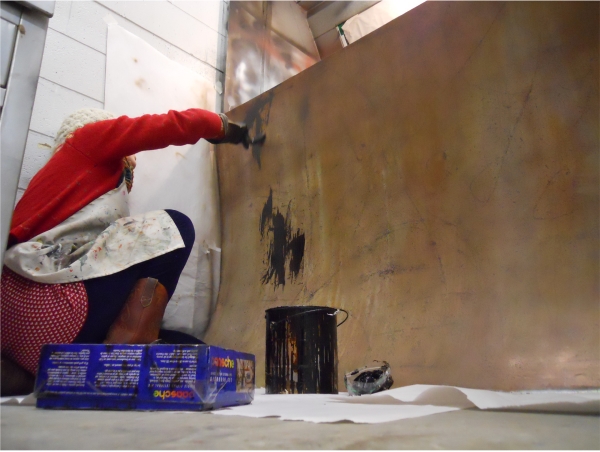 5  My friend and I built a bath large enough to etch the plates. I put each one in and out of acid multiple times. The longer you leave it in, the darker it prints. 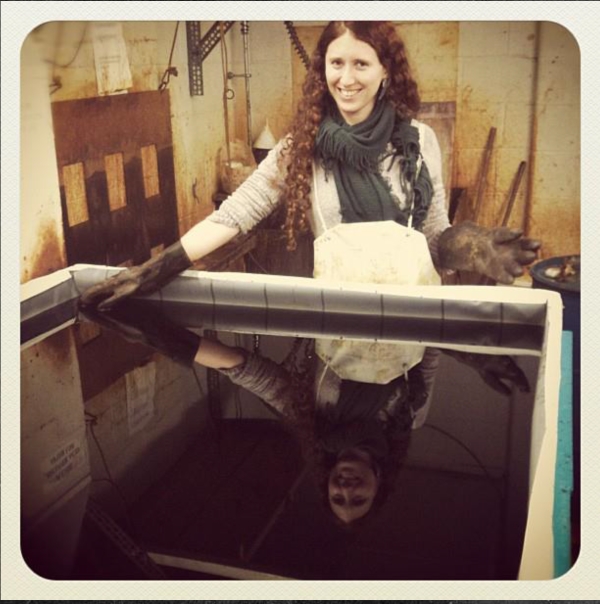 6  I put ink all over the plate, then wipe it off. The grooves hold the ink. You become delirious doing it — it takes 30 minutes to put the ink on but three hours to wipe it off, because you have to do it so carefully. 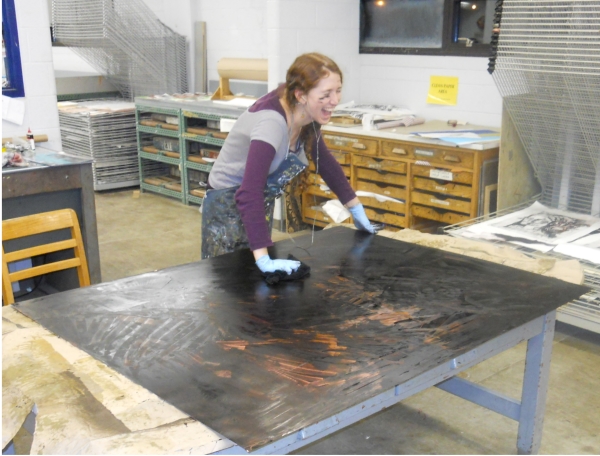 7  I place the copper on the press and, through printing, discover the final result. It’s always different than planned. It’s a partnership between me and the press, a call and response. I need help with the printing press. The plate is thin, but it’s so large that it becomes awkward to move around without spilling chemicals. 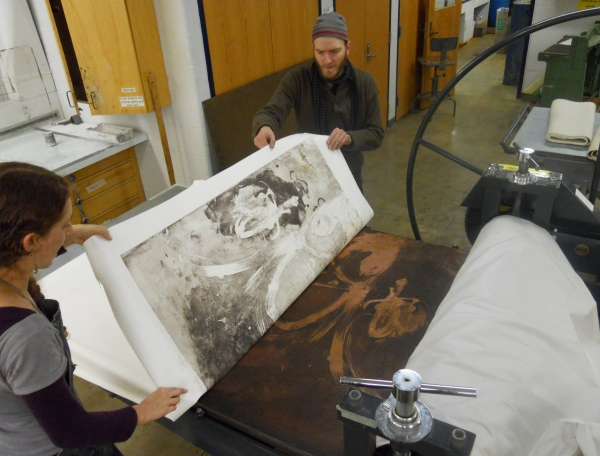 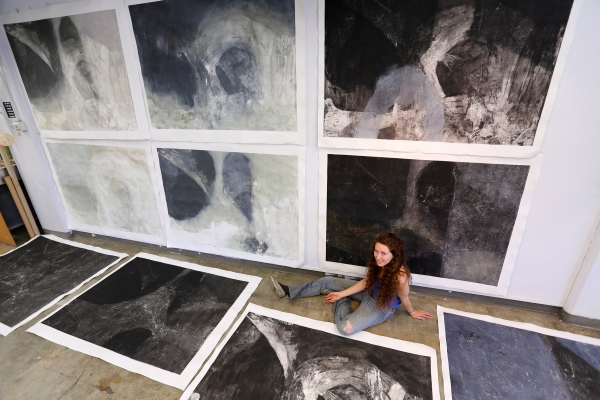