A 17-year-old Putnam Valley teen fatally shot himself in the head on Feb. 1 at his home, according to the Putnam County Sheriff’s Office. 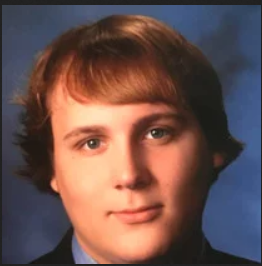 Three friends who were present when the gun fired told the sheriff’s department the shooting was an accident.

Deputies responded at about 7:45 p.m. after one of the teens called 911. Knapp was transported by the ambulance and then airlifted to Westchester Medical Center.

The death remains under investigation by sheriff’s department.

Elias was born in Carmel on June 8, 2001, the son of Steven and Helena (Tanttu) Knapp. According to an obituary posted by Yorktown Funeral Home, the teenager enjoyed the outdoors, hiking, camping and riding his dirt bike. He also loved video games, music, and spending time with family and friends. He had a special connection with animals, especially his dogs, and had an unrivaled and witty sense of humor.

Many of his organs were donated to help others, his family said.

Besides his parents, Elias is survived by his sisters, Saara Knapp and Maija Knapp, and his grandparents, Carol Knapp of Lake Peekskill and Esko and Annikki Tanttu of Lappeenranta, Finland. He is also survived by his aunts and uncles: Eero and Sharon Tanttu, and Ulla Tanttu, his cousins Ella Tanttu, Lauri and Valtteri Tiainen, and his girlfriend, Amanda Faul.

Visitation will take place on Saturday, Feb. 9, from 2 to 6 p.m. at the Yorktown Funeral Home, 945 E. Main St., in Shrub Oak, with a memorial service at 4 p.m. The family asks that in lieu of flowers, family and friends volunteer a few hours of their time to a favorite organization.