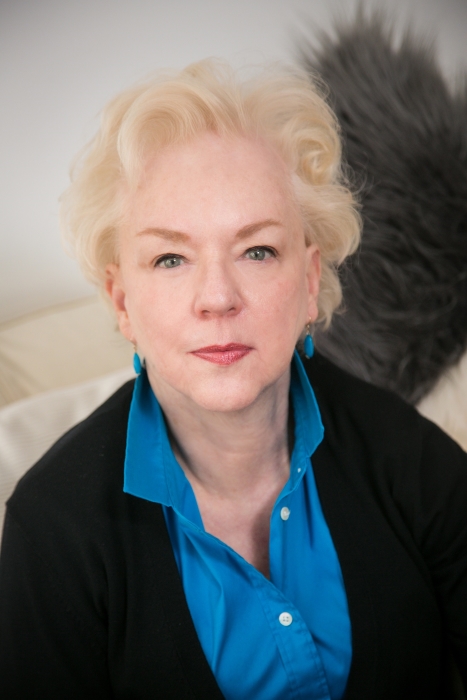 Grief is one of life’s most powerful experiences, its potency universal but also unique to each person who goes through it. Pamela Manché Pearce dives in headfirst in her chapbook, Widowland, recently published by London’s Green Bottle Press.

Manché Pearce lived in Garrison for more than 15 years with her husband, Barre Littel, until his death a decade ago, after which she returned to New York City.

Widowland doesn’t approach the subject in padded slippers but careens right up to the complexity of responses not only to the death of a loved one but during the caregiving and the aftermath, when you are uncoupled.

“When someone dies in your arms, in one moment there are two people in the room, then only one,” Manché Pearce says.

She also tackles the physical details, including the body being removed from the house — in her case a beloved house on Lower Station Road, which she couldn’t endure living in after Littel’s passing from cancer after a 10-month illness.

“I was living in Garrison, feeling isolated, after my husband died, and I couldn’t wait to leave,” she recalls. “It felt uncomfortable navigating life there as a widow. The moment I realized the house was sold, everything became heightened, magnified.”

The opposite was true when they first moved in, she says. The couple met in the city and enjoyed life there but “Barre grew up on a ‘gentleman’s farm’ in Connecticut and loved the outdoors.” After he told her they needed to get a weekend place, she gave him “a limit of an hour-and-a-half radius.” The couple bought the Garrison home in 1998, renovated it and sold their city apartment.

Tell me how to live this beautiful life.
Tell me now.
Help me to make bracelets from tin cans
Christmas wrap from toilet paper
And potatoes cut into stars.
A gourmet meal from sautéed dice of pillowcase
and hot rollers en brochette
to change my watch to an elastic bandage
to drive safely when I am blind
to know when I collapse, how to fall
to read the eyes of strangers when they ask me for change
to get home
to ask strangers for change so I can get home,
in their eyes, and mine
to know when I am home and how to act when I am there.

Help me when I collapse. 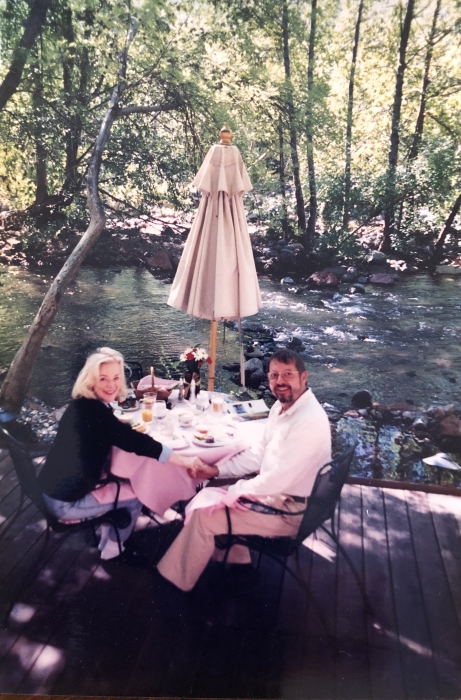 As the former director of events and publicity for the PEN American Center, Manché Pearce had extensive connections to the literary world. “I was writing all the time while I had that job,” she recalls. “I did workshops and had strict routines, working on a novel and short stories before I went to work, and on Sundays. It was all very intense. Working with the writers I got to know through my job was very inspiring. I saw the persistence and tenacity that they had.”

Just before her husband’s illness, Manché Pearce had been experimenting with spoken-word performance as a member of Word of Mouth, a group which bonded during a Hudson Valley Writers Circle workshop taught by performance artist Karen Finley. But while caring for her husband, she had to drop everything for nearly a year, “and, in the end, the group just didn’t work for me anymore at that juncture.”

So she turned to poetry, which, she says, “felt like the container that was deep and large enough for that profound experience. Many of these poems were begun when I was living in Garrison and/or are about things which occurred when I was living in the house, including sightings of foxes, my favorite animals, and the pink trees blossoming near the Desmond-Fish Library.”

Widowland took years to write. “I did not write when Barre was ill, but I did take lots of notes,” says Manché Pearce. “There was never a conscious choice about themes. Somehow, they just emerge from corners of your consciousness and you grab them. It was only when the poems were all written that I saw they could exist together.”

Manché Pearce, who conducts poetry and memoir workshops at Drum Hill Senior Residence in Peekskill (where her students’ average age is 90), hopes to bring Widowland readings and workshops to groups of people bound by loss. “It’s a vehicle for expressing things that have happened,” she says. “There are 11 million widows in the U.S. It’s a social demotion for women. The loss of a spouse is No. 1 on the insurance stress list. It’s unacknowledged trauma. These poems have resonated with people. It’s loss. Our lives are filled with it.”

One thought on “The Language of Loss”