Since Wyld Womyn opened its doors in May on Fishkill Road in Beacon, its two owners say women often have peered in the windows at the space filled with couches and soft lighting, wondering what it’s all about.

Alyia Cutler, one of the owners, says the space is designed for “women to experience exploring their identity” and “try new things that exist in their community. One needs other people to build a community that’s like-minded, cut from the same cloth, and is not forged just by having children in the same school or having moved to Beacon from Brooklyn. This is a place to meet people in, to have deep conversations with.”

Those conversations take place during the workshops, circles, classes and other activities organized by Cutler and Meghan Conway, who worked as doula partners before opening the space, tucked away behind the Beacon Pantry. Both grew up nearby: Cutler in Mahopac and Conway in Poughkeepsie.

“We live here, our families are here,” says Conway. “We’re here for our community, and are in support of them, and hopefully they’ll support us.” 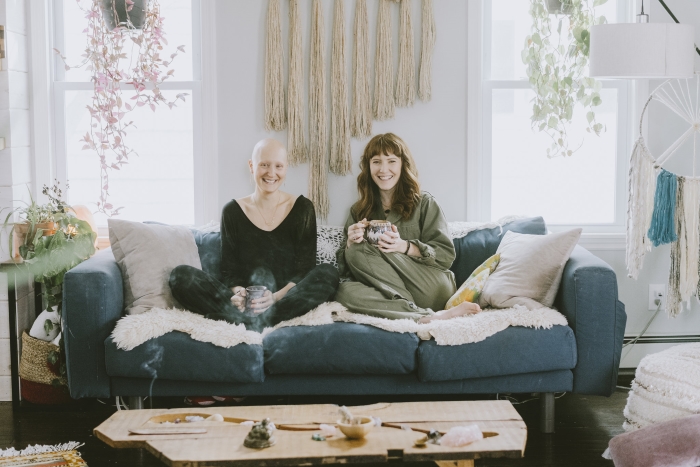 Their doula work led to healing circles. As those grew in popularity, the women realized they needed their own place. “We convinced ourselves that because we knew there was a need, it was a shoe-in!” says Cutler, to which Conway adds, “If you have entrepreneurial blood in you, you act on it.”

“There’s something really powerful about sitting in a space together” says Cutler. “Tradition was, when women gave birth, they were always surrounded by other women.”

“It used to be that neighbors would come and tend,” adds Conway. “We’ve lost that. The healing circles bring a sense of collective ritual.”

“The point of the space is to take away the pretense and to make people feel safe,” says Cutler. “It’s not about showing off how spiritual you are. It’s about connecting with people, feeling safe, and healing.”

Though each circle plays out differently, the typical pattern is to begin with a focus on what’s in the room. “We come up with prompts to structure the evening,” Conway explains. “You can purge, answer, talk it out or not share. We tie in a practical thing people can do afterward, maybe a mantra, chanting, weaving or another craft, something which can be incorporated into every day.”

While many of their clients come to them through their doula services and parenting classes, they say their walk-in clients have been older than expected. “Some of them have come in, said ‘Great space, but I’m done having babies. I’m interested in how to have better sex that feels good,’ ” says Cutler. “Because of them, we realized we needed to make a lube, so we worked with [Beacon-based manufacturer] SallyeAnder to create one.”

“We realized that hearing these comments had given us the impetus to sit down and talk to a particular population, and from that, we thought about what we could offer them,” adds Conway. 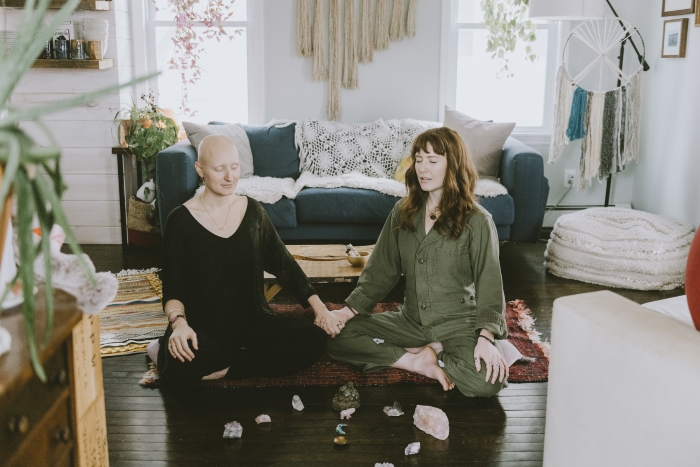 Cutler and Conway at Wyld Womyn (Photo by Alicia King)

This goes for other topics. “Say we meet six people in a week all looking for guidance in a particular area,” says Cutler. “Our first go-to is to create a circle, or bring in a facilitator, or do individual counseling. That’s the beauty of having the space. We can host people who have specific skills that we haven’t got. We see potential and know our shortcomings.”

One monthly meet-up at Wyld Womyn is designed for anyone going through a transition or who is a caregiver to someone going through a transition. Other upcoming classes, circles and workshops are related to macramé, babywearing, healing hands, sacred menstruation, childbirth education, the art of intimacy, beginner guitar and how to talk to your children about sexuality. The women also host bridal crossing-the-threshold blessings, replete with flower crowns and a footbath, as well as end-of-life contemplative-care circles. And they still provide doula services, including training.

Wyld Womyn sells goods related to the classes but retail isn’t the focus, Conway says. “Other places will sell you a menstrual cup, but who else is going to sit down with you and explain how to use it? This space is where connections happen. That sounds very kumbaya, but I guess it is a little kumbaya. Every time we come up with an idea, we ask, ‘Who cares? Who does it benefit?’ ”

“But we’re living the kumbaya life,” says Cutler. “For us it’s not about ‘being relevant.’ We just try to be honest and authentic.”