But pain can also be weakness entering the body. This occurred to me last weekend as I collapsed on the side of a mountain in the Pacific Northwest. 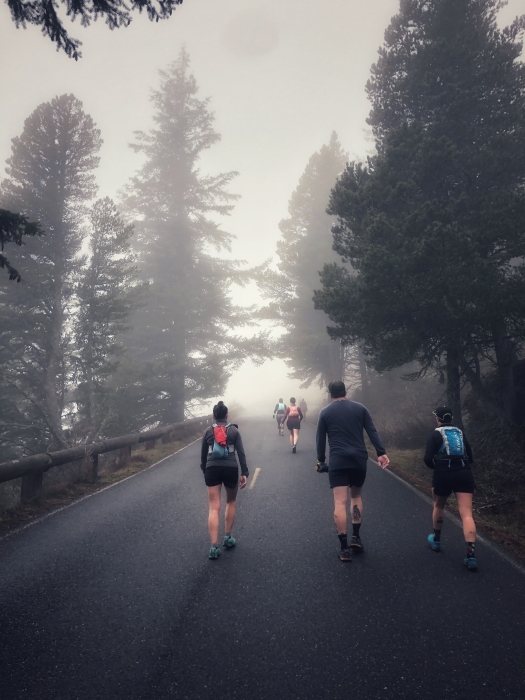 Partway through the Orcas Island 50K (Photo by B. Cronin)

I was there to run the Orcas Island 50K, which is 31 miles across 8,200 feet of elevation in under nine hours. It was six weeks after I had run the fastest marathon of my life, shaving 35 minutes off my previous best. It was also just days after I had been sick, and a week of ice storms, snow days, delayed openings and early dismissals in the Highlands meant that I was coming into the race having not run a step in more than a week and still chugging cold medicine straight from the bottle like a desperate hobo.

However, I had run longer races, and more vertical races. This wasn’t one of the races in which I needed to do well to qualify for something else. This was just for fun. Fun! Which is why I still found myself toeing the starting line with a few hundred other fun-loving weirdos just after sunrise, the boozy orange kiss of DayQuil wet on my lips.

My pace started flagging, then crashing. I was coming into the timed checkpoints with less and less time before the cutoff at which organizers pull you out of the race. I was hungry, but the idea of food made me nauseous. I fell in with a group of stragglers who were either battling injuries or exhausted from having also run a 50K the previous weekend (and you thought I was crazy), and we limped our way to Mile 20 with just two minutes to spare.

Up next was the course’s most infamous feature, the Powerline Climb: 2,700 vertical feet to the summit of Mount Constitution, the tallest point in the San Juan Islands. To envision Powerline, imagine those first two steep switchbacks on the Casino Trail up Mount Beacon going on for 4 miles and the trail as mud.

The volunteers warned us that to make time, we would have to get started immediately. All of the runners immediately dropped out, except one.

Here’s the thing about endurance sports. If you work at it, if you train, if you go out day in and day out, you find that you are capable of more than you ever imagined. You learn that what you perceived as limits were just limits set by other people. You learn to stop listening to those people. How do you find out what your limits are unless you keep pushing? 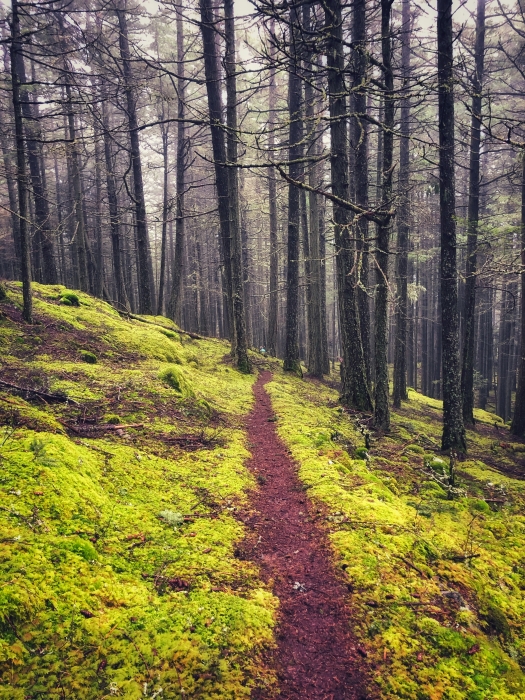 Along the trail (Photo by B. Cronin.)

So I was that one who decided to go for it.

Everyone cheered and clapped. Someone put two peanut-butter sandwiches in my hand and pushed me toward the climb. My spirits lifted for about two minutes, until I realized I was ascending into a hellmouth.

I dropped a mile-and-a-half later. First physically, on that rock, and then from the race when a group of volunteers found me and informed me that I was very pale and did I know I was shaking? They fed me Tums and Starbursts and slowly walked me down the mountain.

A veteran trail runner who had recently completed the Moab 240 (as in miles, with a nearly 30,000-foot climb) offered me advice. Between the elevation and my illness, I should have doubled my usual caloric intake every hour, she said. At Moab, she accidentally went off course and started hallucinating and spent nine hours running through the desert in a daze. “Things happen in this sport,” she said. (Who says Tom Brady is the greatest athlete of our time?)

Another volunteer drove me back to camp where, after a steady intake of coffee and pizza, I would make a full recovery. As we drove past Cascade Lake, he wanted to know: Did I enjoy the race?

Outside, the sun was emerging from behind bleached clouds, transforming the lake into gold and trees to deep emerald. I thought about Fred Beckey, a legendary climber of the Pacific Northwest, who wrote that loveliness is paid for in the currency of suffering.

I told my driver I had I loved every minute of it, including the collapse. You have to love and accept it all, even the great woolly disasters and embarrassments. Otherwise, the weakness will never leave your body.