The barn of Colin Tolmie on Paulding Avenue was robbed of a harness and sleigh robe about the same time that the stable of Edward Baxter on Rock Street was opened with fake keys and a silver-plated harness and new horse blanket taken. Because both men are members of the Philipstown Vigilance Committee, the acts are being interpreted as acts of defiance by local thieves.

Frederick Warren was killed while throwing water from a pail on a fire at the West Point Iron Co. on West Street when the framework beneath him collapsed.

James Bailey, a clerk in the employ of George Purdy, was applying liniment to the foot of a colt when the horse kicked him over the eye, causing a severe wound.

Villagers and cadets rescued a West Point soldier who, while walking across the river to return to the post after visiting his wife, who boards on Market Street, fell through the ice. He managed to get out of the water but could not move in the cold.

Awards for excellence in map drawing were presented to students at the Rock Street school.

The editor of the Cold Spring Recorder opined: “We may be hard to prove that the children of this generation are more ungrateful than those of the preceding one, but we are sure that there is no advance in that respect…. We have heard that a Main Street girl has packed up her clothes and run away because her mother would not let her go to a party.”

R.E. Dalzell was mugged on Wall Street by thieves who took his two parcels, one with dried apples and the other with raisins.

The express train arrived at 1:34 p.m. with a long box addressed to Cold Spring and labeled “Glass.” When opened it was found to contain the corpse of a child [apparently being transported from the city for burial]. Upon questioning, the two men accompanying the body said they wanted to transport the body as “extra baggage,” which is cheaper, and labeled it “glass” to ensure careful handling.

The Cold Spring Recorder reported that “people are complaining about the snow that is not removed from the sidewalks.”

Judge Wood was looking for a copy of the Proceedings of the Board Supervisors for the Year 1875 to complete his collection.

The West Point Foundry notified workers that due to poor sales it was cutting all wages by 10 percent.

Residents of Putnam Valley voted down a proposal to spend $535 to replenish a fund that reimbursed farmers for sheep injured or killed by dogs.

John Pierce of the Keeley League spoke at the Methodist Episcopal Church on “Temperance Work and the Keeley Cure as a Factor Therein.” The Keeley cure was named for Dr. Leslie Keeley, who argued that alcoholism and drug addiction were diseases and not moral failings.

Lt. Philip Rusk of Cold Spring was recognized for bombing and destroying a Japanese submarine seaplane base at Marshall Island. An Associated Press reporter who was in the plane with Rusk wrote a detailed account of the attack.

Anna Tatham of Garrison was seriously injured when she was shot in the abdomen. Her husband told state police she was cleaning a shotgun while he was in another room when he heard a shot. In another incident, Cataldo Loiodice, a bus driver for the Haldane school, was injured when he slipped on the ice and the shotgun he was carrying exploded. 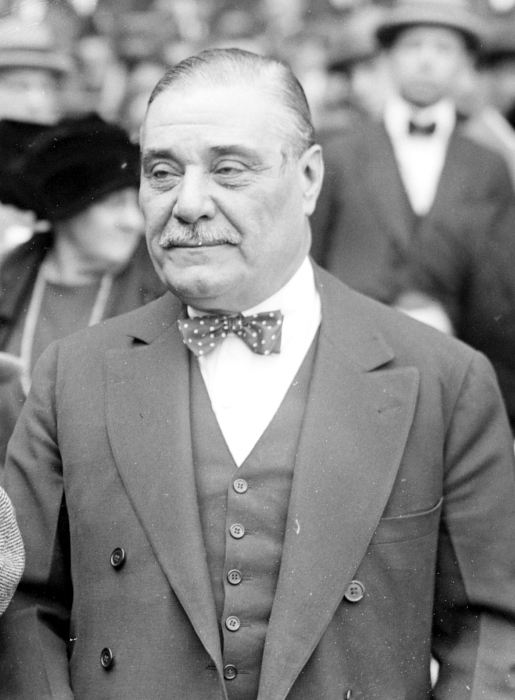 The Greek Orthodox Church purchased the 125-acre Garrison estate of Col. Jacob Ruppert, the New York Yankees owner who died in 1939, from his heirs for $55,000 [about $800,000 today]. The estate’s oil paintings, bronze statues and antique furniture were to be sold at auction after residents were offered a final view inside the mansion for 25 cents admission to benefit the Red Cross. A group of Garrison residents, hoping to keep the estate on the tax rolls, attempted to buy it from the church without success. With its removal from the rolls, about 28 percent of Philipstown would be tax-exempt.

Haldane defeated Millbrook, 49-47, when Bruce Downer scored with two seconds remaining in the game. With a 10-3 record, the Blue Devils led the five-team Harlem Valley Section of the Dutchess County Scholastic League with a 5-1 record. John Zuvic of Haldane led the league in scoring with 22 points per game.

Father Quill of Our Lady of Loretto posted a “notice and warning to persons who have no respect for law and order” after vandalism to the church. He blamed “entirely too much coddling of juvenile delinquents” and said “a small minority of the irresponsible and ignorant, who are in need of psychiatric study, care and treatment, in a correctional institution,” were leading law-abiding teens astray.

The Cold Spring Lions announced they had booked comedian Harry Clayton for its April dinner. Clayton had appeared on NBC as well as local stations in Puerto Rico and Hollywood and also had done a Budweiser commercial.

The Hudson River Valley Commission said it would hold a public hearing on a proposal to build a 140-unit senior apartment complex on 8 acres near the river. A 104-unit apartment house and 56-bed nursing home at Fair Street and Northern Avenue were also in the works.

The 619-page Hearts in Conflict: A One-Volume History of the Civil War, by Curt Anders of Garrison, was released by Carol Publishing Group.