A decade ago, Michael Sibilia of Beacon was a sometimes-freelance photographer invited to take photos in El Salvador on the set of a documentary film. It was his first time outside the U.S.

During the evenings, Sibilia strolled the streets of Suchitoto. After working each day on set under the constraints of artificial light, he was struck by the contrast with the natural light. 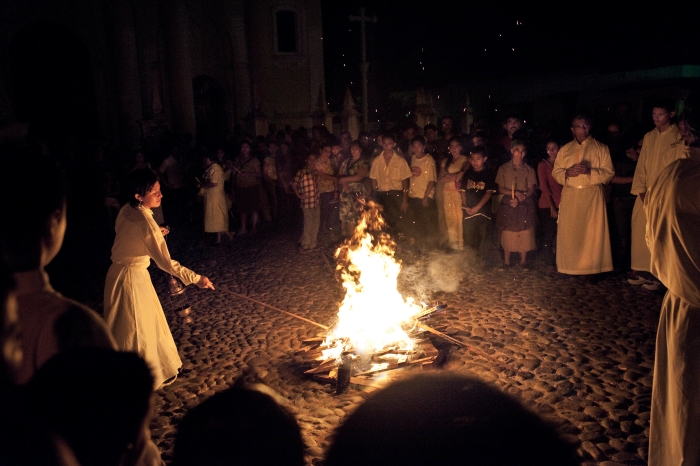 “During the set work, the color temperature was perfectly balanced, while at night there was no consistency in any of the sources; even the streetlamps had different types of light,” he recalls. There was a lot going on at the time in Suchitoto; it happened to be Semana Santa, the week before Easter, with many gatherings and processions.

Sibilia began taking photos. “The light,” he says, “painted the images.” Over the next 10 years, he made multiple trips back to the country, which he calls “incredibly beautiful, on every level.”

An exhibit of his Salvadoran photography, La Luz — Reflejos de Semana Santa en Suchitoto (The Light — Reflections of Easter Week in Suchitoto) opened last weekend at The Lofts at Beacon Gallery and runs through March 10.

“The Salvadoran people there are the most wonderful I’ve ever met,” Sibilia says. “Even though when I shot these I knew no Spanish — even now my Spanish is marginal — they’ve welcomed me. Their sense of community and family is incredible, and now families are getting torn apart” at the U.S. border. 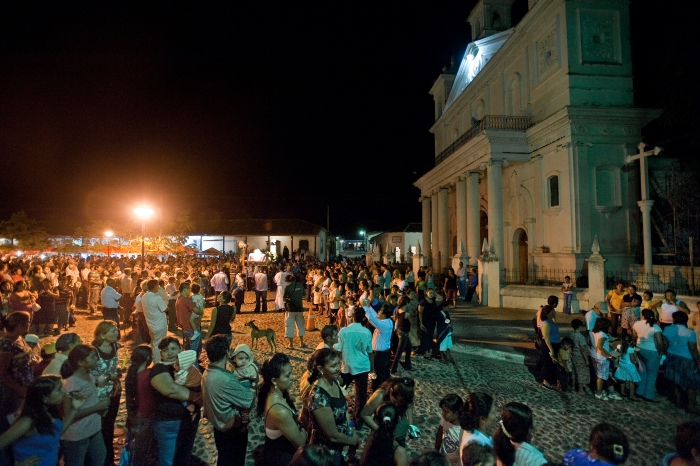 During his visits to El Salvador, Sibilia volunteers for Casa Clementina, a Salvadoran nonprofit that uses media and the arts to give youth direction. He’s worked with residents on projects as diverse as bicycle repair clinics and photography workshops, as well as with programs which connect young people with their grandparents.

An aunt gave him his first camera, a Brownie she thought would help her 5-year-old nephew with his attention deficit disorder. It did, he says. Then, as now, he shoots whatever catches his eye, however fleeting, and that often becomes the unexpected focal point of the frame.

Born in the Bronx, he moved with his family to Putnam County as a child and has also lived in Cold Spring. On Sept. 11, 2001, he happened to be in Lower Manhattan and took photos for the entire day, prompting people who saw them to suggest he turn professional (see michaelsibilia.com). He has never done so full-time, but his photos have appeared in many newspapers and gallery shows. 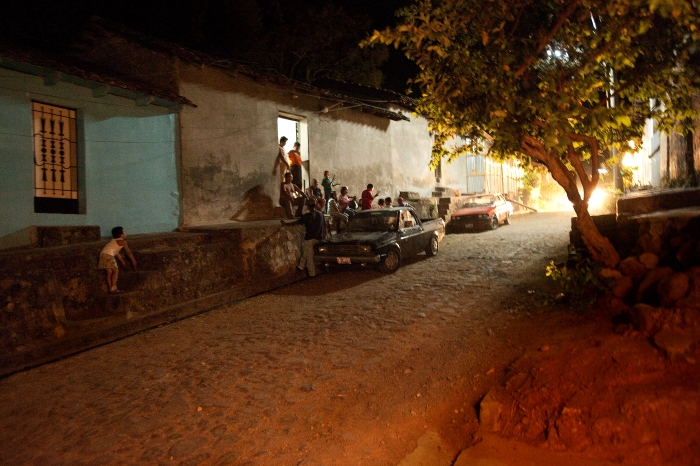 While organizing his photos for storage (La Luz was first mounted in 2010 at the Museo de Arte in San Salvador), Sibilia, who lives and works in The Lofts at Beacon, had a thought: Why not see if its gallery would be interested in showing them?

Sibilia’s most recent project is in Newburgh. For the past five years he’s been visiting in the middle of the night to photograph the city in its own special light.