Two members of the Beacon High School track team qualified on Feb. 17 for the state championships to be held March 2 on Staten Island.

Racing at the Armory in Manhattan, junior Brianna Richardson qualified by finishing third in the girls’ 55-meter dash in 7.44 seconds.

“She was not seeded in the top three,” noted Coach Jim Henry. “She had a great race and a great start. It’s a testament to the amount of work she has put in. She overcame a false start, and ran her second best time at that distance.”

Sophomore Zach Cader qualified to run the 1,000-meter leg of the boys’ intersectional relay. “Zach and that relay team are medal contenders,” Henry said. “He’s one of the best distance runners we’ve had in quite a while.” Two weeks earlier, Cader set a school record in the 1,000.

“If either of them can set a PR [personal record] at the state meet, that’s great,” the coach said. “But I’m hoping they can enjoy the experience and plan to be back.”

Other Beacon competitors who finished in the top 10 at the qualifiers were sophomore Mark Guzman, who was fifth in the long jump at 20-04.50, and junior Kaleb Istvan, who came in ninth in the 300-meter run in 36.29. 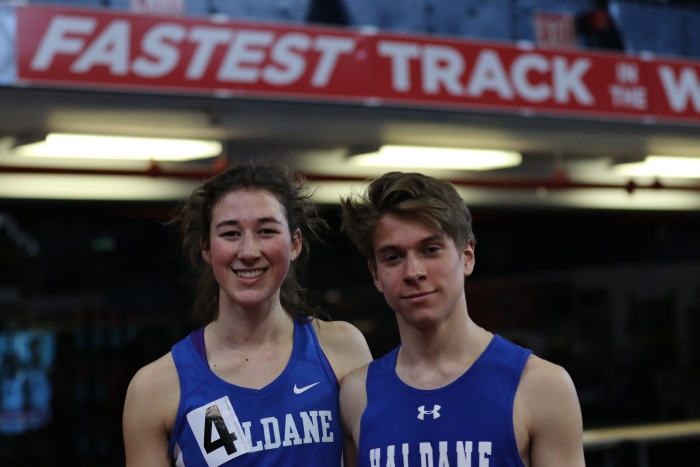