Edit-a-thon will focus on women, gender

On Saturday, March 2, at more than 500 locations around the world (including the Howland Library in Beacon), groups of volunteers will edit Wikipedia.org.

Participants will learn how to make changes to the massive online encyclopedia, including creating articles, checking facts, uploading images, adding citations, checking grammar and editing text to make it easier to read.

The gathering will be “casual, fun and community-spirited,” promises Rajene Hardeman, a Beacon resident who is a freelance librarian and experienced Wikipedia editor. She organizes the “edit-a-thons” in Beacon with another librarian and city resident, Gina Shelton.

The edit-a-thons began in response to perceived biases on Wikipedia because most of its contributors are college-educated white men who live in the U.S. and Europe. As a result, organizers say, there is not enough material devoted to women, people of color and LGBTQ, among other groups. The movement was spurred in part by a New York Times op-ed in 2013 which noted that Wikipedia editors had been quietly moving female novelists from the American Novelists category to a subcategory called American Women Novelists because they felt the main category was too large.

Edit-a-thons are organized locally around the world, throughout the year. Each has a theme, such as Translate-a-thon, Black Lives Matter, California Public Policy and Jazz History of Kansas City. Art+Feminism, an organization based at the Museum of Modern Art in New York City, each March during Women’s History Month promotes edit-a-thons to improve coverage of women and feminism. Its focus for 2019 will be improving coverage for “gender non-binary” artists and activists.

The edit-a-thons organized by Art+Feminism are “about dismantling systems of thought that ignore the presence and input of women in the room and diminish or erase entirely their place in history,” according to the group. Since 2014, it says more than 7,000 volunteers on six continents have created or edited 11,000 articles.

Hardeman trains librarians and teachers how to wrangle the vast amount of information found on Wikipedia. “Gina and I want to bring the ideas of Wikipedia to Beacon, to the Hudson Valley,” she says. “We hope, someday, to do an edit-a-thon specifically on the history of Beacon.” 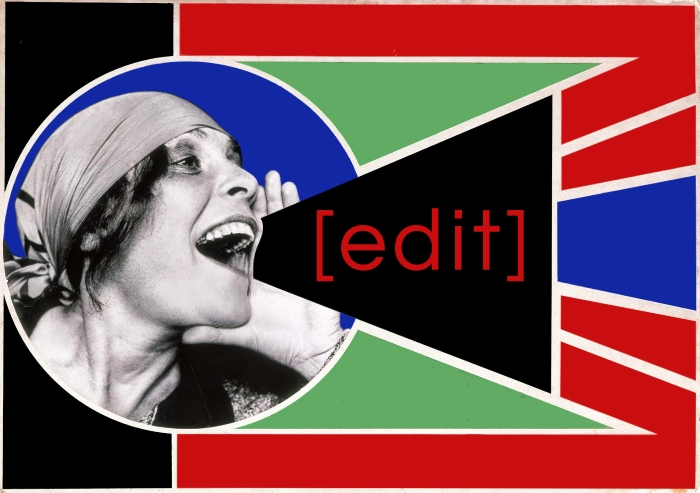 A poster created for the 2016 edit-a-thon at MOMA

She emphasizes that participants don’t have to be experts on the theme. “Last year we prepared lists of female artists in the Hudson Valley who have articles written about them that needed work,” such as additional information, photos or better citations, she says.

The first hour of the workshop, which takes place from 11 a.m. to 3 p.m., will include training on how to make edits. “What’s most important is to choose a topic you are passionate about,” Hardeman says. “You can make small but helpful changes because it’s something you know about. Sometimes it’s surprising what people find. At an edit-a-thon I attended, someone discovered that all the Chinese names were written with the first and last names flipped, and she was excited to be able to fix them.”

If you’d like to participate, creating a Wikipedia account in advance is helpful but not required. Registration is requested at bit.ly/wikipedia-beacon. You also will need to bring a laptop and power cord.