The Haldane boys found themselves in a hole early in their Class C semifinal game against Hamilton on Feb. 21 at the Westchester County Center and were unable to climb out, dropping a 58-47 decision to the No. 2 seed.

Haldane, the third seed in a four-team field, opened the game with a 6-0 lead but Hamilton responded with a run of its own, going up 21–8 by the end of the first quarter. It led by as many as 18 points in the second half. 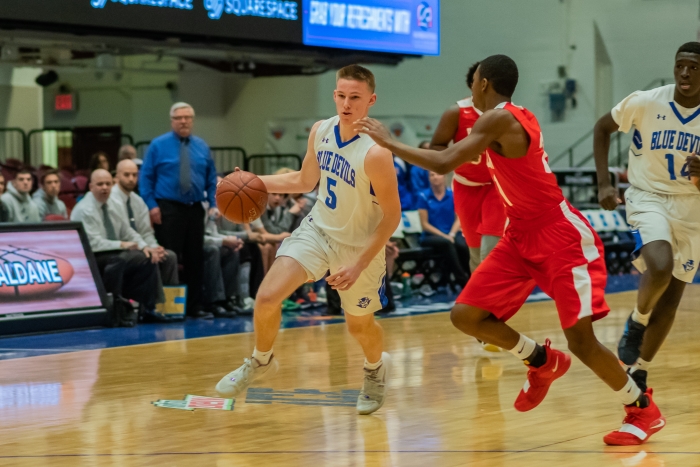 “Hamilton put good pressure on us in the early minutes, and we made some bad decisions,” said Coach Joe Virgadamo. Being down early was “tough on the guys,” he said, although he noted the Blue Devils at one point cut Hamilton’s lead to four.

The team didn’t shoot well, he said, hitting only one three-pointer. “Credit Hamilton‘s defensive pressure; they got us uncomfortable.”

Matt Champlin led Haldane (14-7), with 17 points, followed by Mame Diba with 16 and Alex Kubik with 10. Diba was named to the All-Tournament team.