Will face top-ranked Millbrook on March 5

Haldane junior Bela Monteleone was named the tournament MVP, and she and junior Olivia McDermott were named to the All-Tournament team. 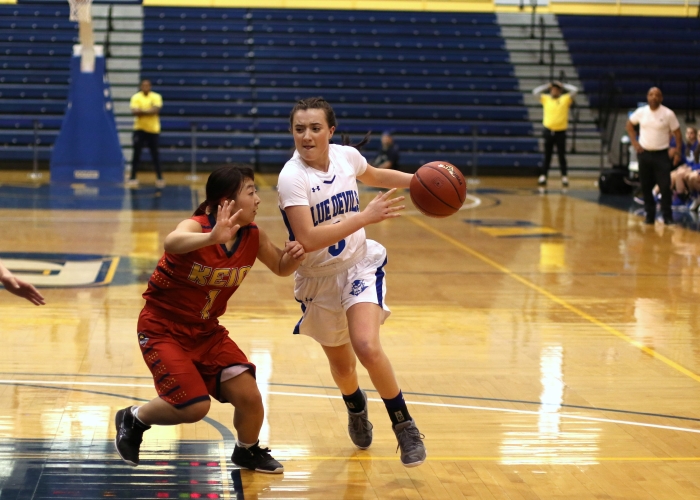 Bela Monteleone, who was named the tournament MVP, drives against a Keio defender. (Photo by Scott Warren)

Haldane will play at 5 p.m. on Tuesday, March 5, at Mount Saint Mary College in Newburgh against Millbrook, which is the defending state champion and ranked No. 1 in Class C by the New York State Sportswriters Association. It won the Section 9 title on Feb. 28.

If Haldane wins, it will advance to the regional finals, and the winner of that game goes to the Class C final four. The Blue Devils reached the final four in 2012 and 2014; their most recent state title was in 2008.

The Blue Devils advanced to the Section 1 title game by beating No. 2 Hamilton, 62-37, two days earlier at the Westchester County Center. 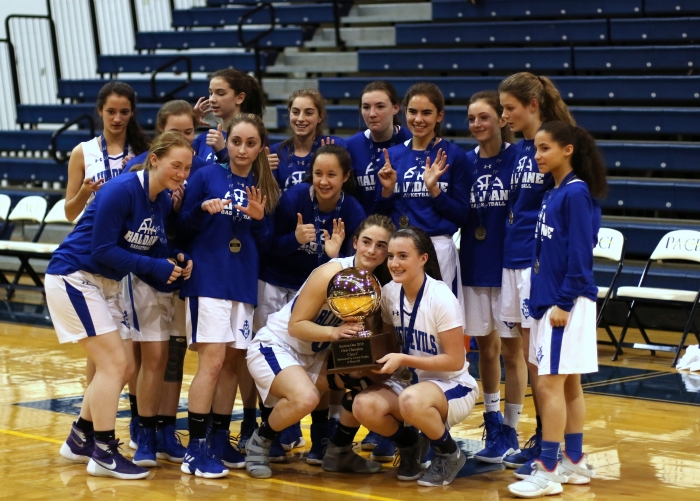 Against Keio, Olivia McDermott led Haldane with 15 points, Bela Monteleone added 12, and Julia Rotando had seven. In the win over Hamilton, Monteleone led the team with a season-high 26 points. Rotando had 11, and McDermott added nine.

Coach Tyrone Searight said that while the Blue Devils’ record (7-15) may not look impressive, the team played many talented teams, often from larger schools, to prepare for the playoffs.

“Now we’re playing for an even bigger game,” the coach said. “We are playing the best basketball of the season.” To advance, “we have to play as mistake-free as possible. If we limit our turnovers and play well, I like our chances.”