Haldane Middle School received top honors at a debate competition at Bard College held on March 1 at the school’s campus in Annandale. 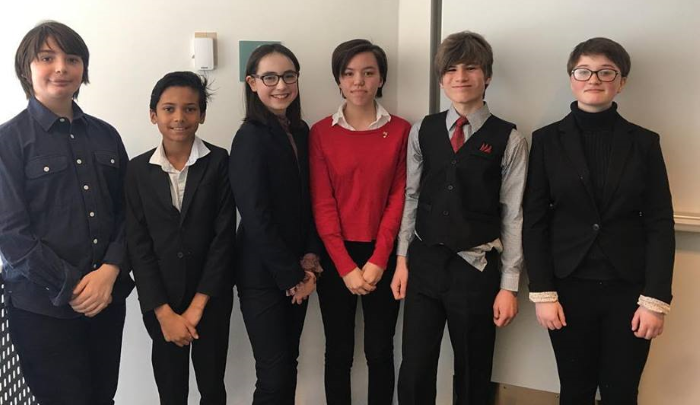 The students tackled three topics: whether the United Nations should be abolished; whether social media use is positive or negative for society; and whether the U.S. should have a junk-food tax. Bard students worked with participants on arguments and delivery.

The Haldane eighth-grade team of Rowen Kuzminski, Sophie Sabin and Celia Drury went undefeated and were named the top middle-school team, with all three members recognized as among the top 10 debaters and Rowen named the top debater at the competition.

The eighth-grade team of Sam Bates, Owen Edelson and Matt Rodino was the second-best middle school team. The other Haldane eighth-grade team was Roy Smith, Amanda Johanson and Francesca, and Roy was recognized as one of the top 10 debaters. 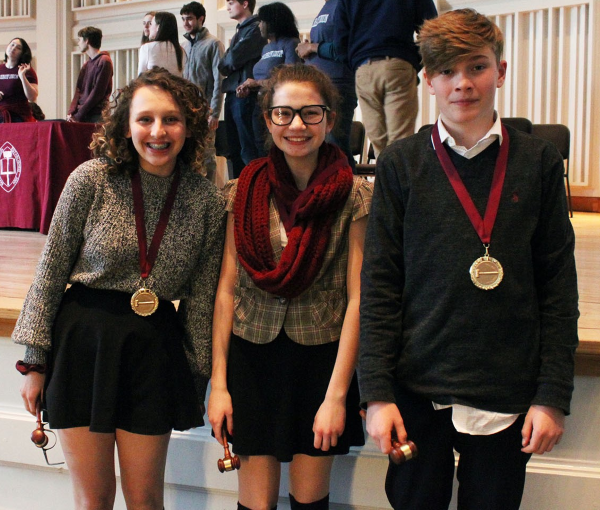 At the middle-school level, the sixth-grade team of Dahlia Beck, Keira Shanahan and Josie Foley-Hedlund placed in the top five among middle-school teams, and Josie and Keira were recognized as two of the top 10 debaters.

The seventh-grade team was Liliana Cappello, Will Denehy and Will Busselle, and Liliana was recognized as one of the top debaters.