When Cabaret opened on Broadway in 1966, everything about it was startling to audiences. Instead of rousing overtures and the other traditions of classic American musical theater, they were greeted by a crash of cymbals and an invitation to peer inside a decadent 1930s Berlin nightclub.

Although the show focuses on the master of ceremonies, who controls the club, and Sally Bowles, a performer who works there, the conflict at its core is the rise of nationalism as the Nazis came to power.

“The show contains a warning that prejudice is followed by blame is followed by the implementation of a fascist society,” observes Martha Mechalakos, the director of Haldane Drama, which will present the musical March 15 to 17 at the high school with alternating casts. “It can sneak up on you quickly and most will wait. In Cabaret, they think it will pass or that it is someone else’s job to do something.

“It is a very powerful and interesting question,” she says. “What would we do if we were there at that time? There is a message included with the incredible songs and dancing. I tell young people, ‘It’s your world. What will you make of it?’ ” 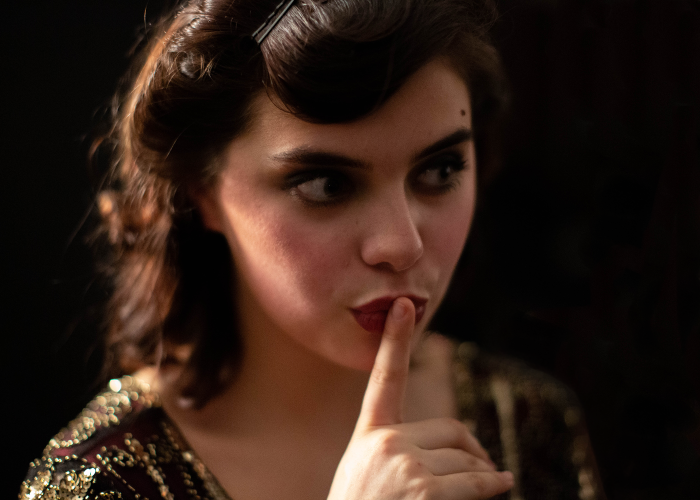 “High school audiences are not typically exposed to such an abrupt, off-kilter theatrical experience,” adds Lindsay Phillips, who shares the role of Sally with Freya Wood-Gallagher. “It has a lot of relevance to how our society is functioning.”

It’s not all sturm und drang, though — the singing and dancing is front and center, and there are plenty of recognizable songs. “What sometimes gets lost in all the hubbub surrounding the sociopolitical themes and what the Kit Kat girls are wearing is the Tony-award winning music and lyrics of John Kander and Fred Ebb,” says Mechalakos. “It’s written in a lyrically dissonant style similar to the music of Kurt Weill, and an occasional nod to Gershwin.”

Choreographer Katie Bissinger says that before working with the students she studied the original choreography of Ron Fields for the first Broadway production and the work of Bob Fosse for the 1972 Oscar-winning film with Liza Minnelli. “It’s been too long since our audiences have seen this much dance in the spring musical,” she says. “I’m excited for them to see how integral the dance is” to the story. 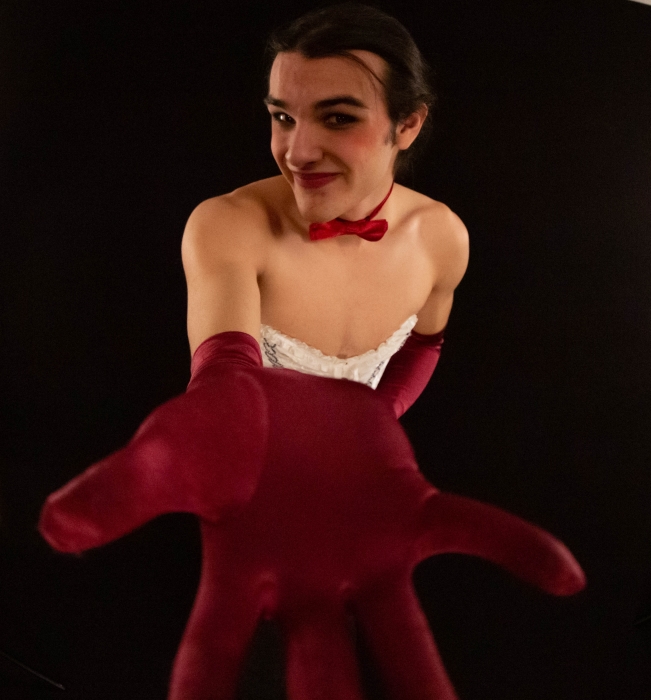 Quinn Petkus as the master of ceremonies (Photo by Jim Mechalakos)

Still, the book of the play, derived from semi-autobiographical stories written by Christopher Isherwood about his experiences living in Weimar-era Berlin, deals with everything from anti-Semitism to unexpected pregnancy. That culturally vibrant period, between the end of the First World War and Hitler’s rise to power, was well-known for its tolerance of “decadent” lifestyles. When the Nazi Party began taking power, it all started to crumble, with persecuted artists and intellectuals getting out of the country quickly.

The material was adapted into a poorly received play, I Am a Camera, in 1951. But Harold Prince, who directed Cabaret on Broadway, saw something in it and commissioned the book and score. He conceived of the nightclub setting, remembering the time he spent in a German club as a young man in the Army during World War II, moving the setting up a decade.

Cabaret will be performed at 7 p.m. on Friday and Saturday, and at 2 p.m. on Saturday and Sunday. Tickets are $15 for adults, $8 for students and free for seniors at haldanedrama.ticketspice.com or at the door, if available.

3 thoughts on “The Party’s Over”