Sewer break in Beacon is second in a year

A sewer line break last month — the second in the last year — discharged 200,000 gallons of partially treated sewage near Fishkill Creek in Beacon, state officials said, but no drinking water supplies were impacted.

Only a portion of the overflow, which first surfaced in a Wilson Street resident’s home, reached the creek, a representative of the state Department of Environmental Conservation said this week. The DEC said it is less concerned about impacts to the creek’s water quality because of its rapid flow as snowfall melts.

The Feb. 24 collapse occurred after a section of an aging 14-inch sewer pipe eroded, City Administrator Anthony Ruggiero told the City Council at its March 4 meeting. Beacon employees, aided by staff from the Town and Village of Fishkill, worked through the night to contain the leak.

In all, three sections of sewer main in the vicinity were found deteriorated. The city is in the process of replacing and upgrading 100 feet of pipe adjacent to the leak, Ruggiero added.

The DEC inspected the site on Feb. 25 and determined the city’s response to be appropriate, the agency said. 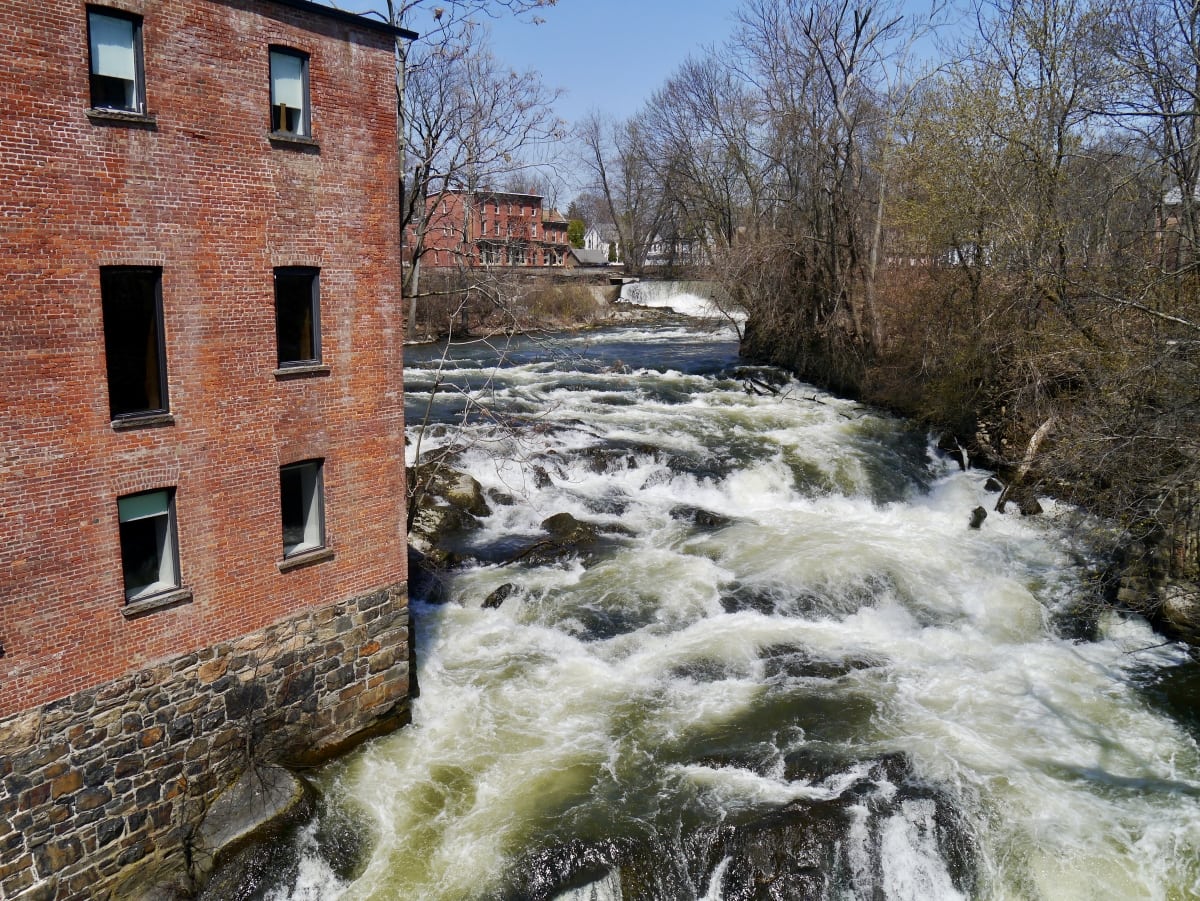 The DEC said there was less cause for concern about a sewage overflow near Fishkill Creek because snow melt has the water running rapidly. (File photo by J. Simms)

Aging infrastructure — in many cases dating back a century or longer — is a major challenge for municipalities around the country. Because miles of pipe rest, in some cases, a dozen feet or more underground, repairs or replacement is expensive. The U.S. Environmental Protection Agency estimates it will cost $271 billion over the next 25 years to upgrade the nation’s wastewater infrastructure. And, according to the U.S. Conference of Mayors, 95 percent of that spending will be at the local level.

“As communities developed, that’s when the first pipes went in the ground,” said Greg Phillips, Cold Spring’s superintendent of water and wastewater. “It’s all up and down the Hudson, and in much of the country. But you don’t ever have the money to do the things that need to get done.”

Phillips said Cold Spring plans to spend $20,000 next month to use underground cameras to inspect and then clean part of its network of pipes, “and that’s a big chunk of our budget.”

Last year, Beacon spent $255,000 to repair another sewer main break, this one on Main Street. That leak allowed partially treated sewage to discharge into a storm drain that reaches the Hudson River, according to the DEC.

Still, Beacon’s infrastructure issues pale when compared to some neighboring municipalities. Before last year’s break, the most recent DEC report for an incident in Beacon was a 15-gallon-per-minute overflow in early 2016 because of snowfall and heavy rains. In Newburgh, however, the DEC has been informed of 27 sewage incidents in the last six months.

“It’s not unique to see a pipe collapse in any one of these communities,” Beacon Mayor Randy Casale said during the March 4 meeting. The problems aren’t caused by residential development, he said, but because “everyone has old infrastructure because the taxpayers couldn’t afford to dig up every pipe and put new pipe in.”

The city is nearly finished with an asset management plan that will allow it to apply for grants to help pay for infrastructure upgrades, Casale said.