As runners, jumpers and throwers in the Highlands prepare for the outdoor track season, which begins April 1, we thought we’d bring together the local, Section 1 and state records for a number of events.

Many Beacon and Haldane high school marks are broken every season or every few seasons by small margins. But some have endured — three boys’ records at Beacon date to 2009 and two girls’ marks to 2010. At Haldane, Brenna O’Connor’s impressive throws from 1986 in the shotput and discus seem safe for a while more, but girls’ team members broke eight other records last season. By contrast, the boys have seven records that have stood for at least four decades. Could this be the year? 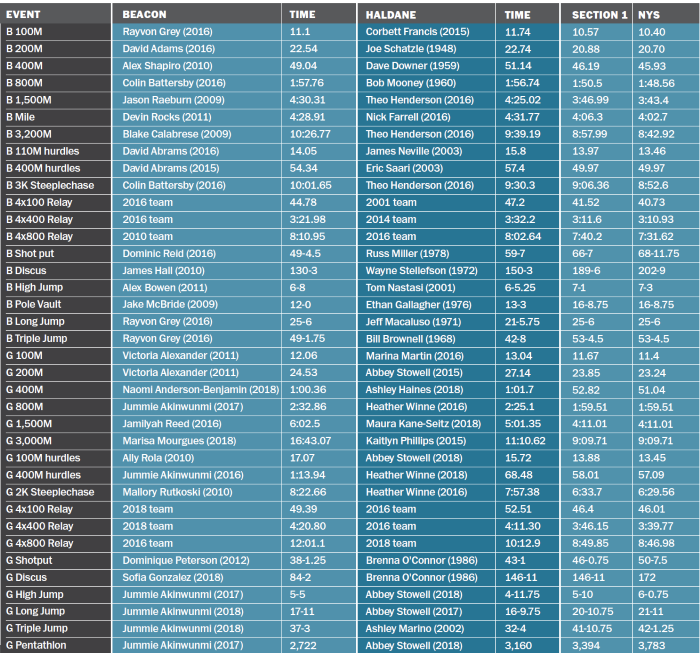 2 thoughts on “Records Made to be Broken”