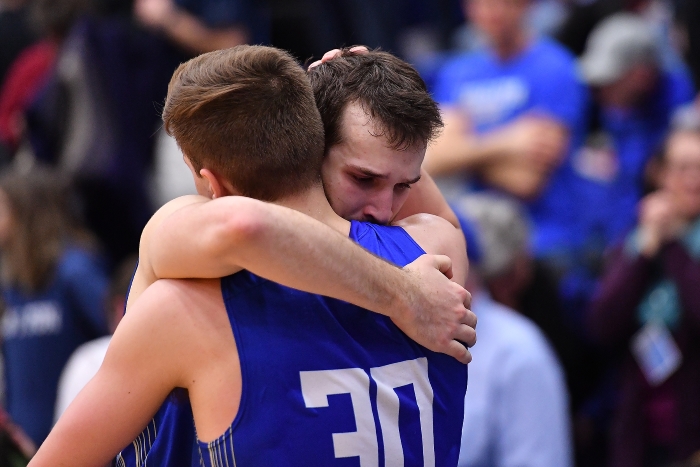 Peter Hoffmann (foreground) hugs fellow senior Andrew Groll as the clock winds down on Hamilton’s season during a tournament loss on March 8. (Photo by Josh McKee/Hamilton)

Points scored by Peter Hoffmann (Haldane Class of 2015) during his four-year basketball career at Hamilton College. The season ended for the Continentals (25-5) on March 8 when they lost in the third round of the NCAA Division III tournament. In February Hoffmann was one of 10 players selected for the all-conference team of the New England Small College Athletic Conference. 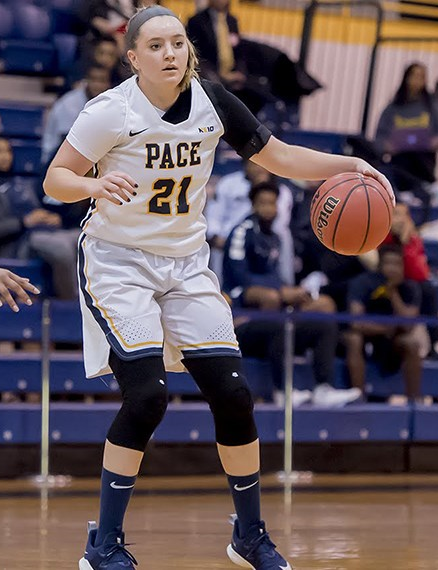 Points scored by Allie Monteleone (Haldane ’15) during her four-year basketball career at Pace University. The Setters (10-18) did not qualify for the postseason. Monteleone’s teammate, sophomore Lauren Schetter of Beacon, earned an honorable mention for Pace on the all-conference team.