When Donna Durr thumbs through a fashion magazine with a pair of scissors in her hand, she’s not looking for the latest trends. 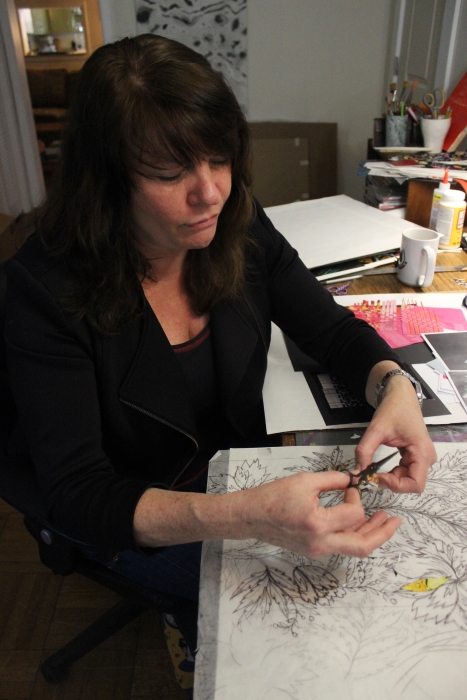 Durr, scissors in hand, at her home studio (Photo by A. Rooney)

“I see colors, and I see how those colors can become a leaf, or a type of flower,” the Cold Spring fabric artist explains.

This is the beginning of a process in which she creates prints that she hopes will be turned into manufactured textile designs. Samples of her work are on display at The Main Course in Cold Spring through the end of April.

After studying textile design at the Fashion Institute of Technology, Durr, who grew up in Utica, jumped right into studio jobs in New York City. The studio’s owner or design director would direct painters such as Durr.

“It would be along the lines of ‘I want an all-over design of pansies,’ ” she explains. “Or, it might be, ‘I want a pretty floral.’ As a designer, I’d ask ‘What for? Apparel? A shower curtain?’ You’d work up a repeat [see left]. That repeat went to the engraver, and from there to the printer.

“The industry was booming,” Durr recalls. But the camaraderie has diminished, she says, since design work has been digitized. “Everyone’s behind their computer; it’s a lot less fun.”

Durr, who says she knew by the third grade she wanted to be an artist, studied fine arts in college before discovering textile design. She worked for many years in San Francisco, including a stretch with Eileen West, where she assisted with product lines such as apparel, wallpaper, bath products and bedding. 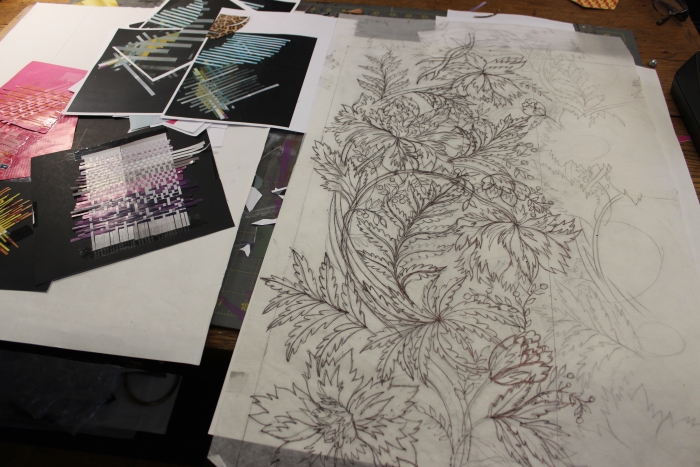 The first steps in Durr’s designs come from drawing on tracing paper and, sometimes, weaving cut-out strips of glossy magazine paper. (Photo by A. Rooney)

After returning to New York City, Durr worked as a freelancer until it became clear that digital was here to stay. “The last company I worked for had an allegiance to a local printer and went under because of it,” she says. “I lost my job and wasn’t sure which way to turn. I had always said if I had to sit in front of a computer, I’d quit. I should have gone to school to learn, but I didn’t.”

By then, she was living in Cold Spring, tinkering with new ways of doing design. “I wanted to change my medium,” she says. “I always loved doing collage.” 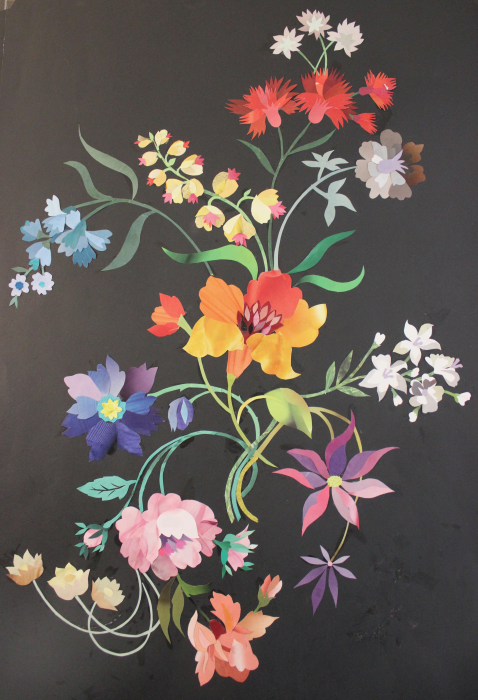 A floral design by Donna Durr

One day about six years ago, she says, she started cutting up a stack of magazines and weaving the strips together. “I joke that spending $10 a year [for a magazine subscription] gives me a palette. It occurred to me that this could be something that is not just a beautiful design, but could be put into repeat and reproduced and manufactured for the masses. Now, it’s more design; I think commercially.”

Durr begins with tracing paper. “As I draw the pattern I think of how it’s going to repeat, how this flower is going to have to fall next to that one,” she says. “It’s important that you can’t see where it seams together.” Once she has the design, she works with Pat Kennedy, her “digital person,” to make it seamless, then sends it to The Highland Studio in Philipstown for printing.

Eventually, Durr hopes to create her own line of fabrics. “I think in coordinates: duvet cover/pillow,” she says. “And I look for fabrics which can be washed and dried [without bleeding]. When I began, you dreaded getting caught in a rainstorm. All of this has stemmed from experimenting. It was just a process that kept working, and I keep incorporating more and more into it.” 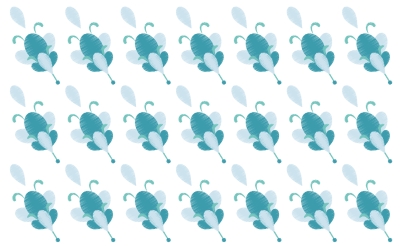 The simplest repeat multiplies the motif along the same line horizontally and vertically. 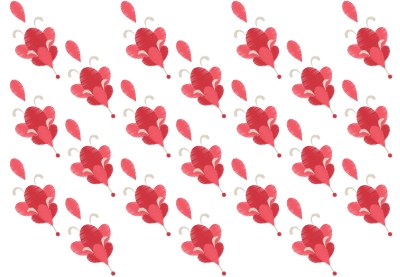 This breaks up the uniform look of a full drop repeat. The motif is stepped horizontally and the top of the second motif is aligned to the center of the first. Both motifs are then duplicated along the same horizontal and vertical lines. 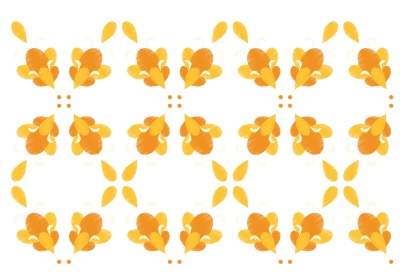 The motif is duplicated horizontally and mirrored. Both motifs are then duplicated along the same horizontal line. 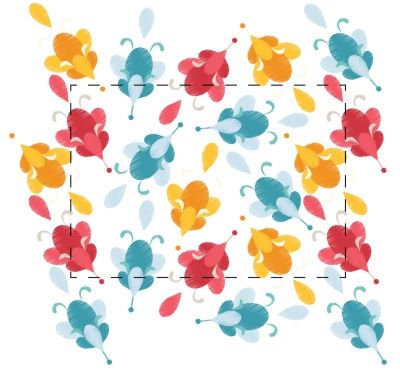 The most difficult repeat begins by designating a shape, such as a square. The motif is placed so that it overlaps one edge of the shape. This motif is duplicated and placed in the same position on the opposite side of the shape.