There are two ways to listen to the genre-bending chamber ensemble 9 Horses. You can purchase a CD, or you can hear them perform live, such as at their concert scheduled for 8 p.m. on Saturday, April 13, at the Howland Cultural Center in Beacon. But you can’t buy their music to stream.

“It’s simply not a great system for musicians,” explains Joe Brent, a Beacon resident and mandolin player who is one of the group’s three members. “With a physical copy of the album, the artist, the producer and the distributor get paid. With streaming, the purchaser pays the same amount of money, and after the distributor gets paid, the artist gets practically nothing. It makes it so being a musician is not a viable career.”

He also resents the “homogenization and commodification of music; how much pressure there is to make it ‘fit.’ Streaming is for exposure. Well, people die from exposure! Artists make their money now from touring, marketing placement and licensing. It’s unfair and inequitable.” 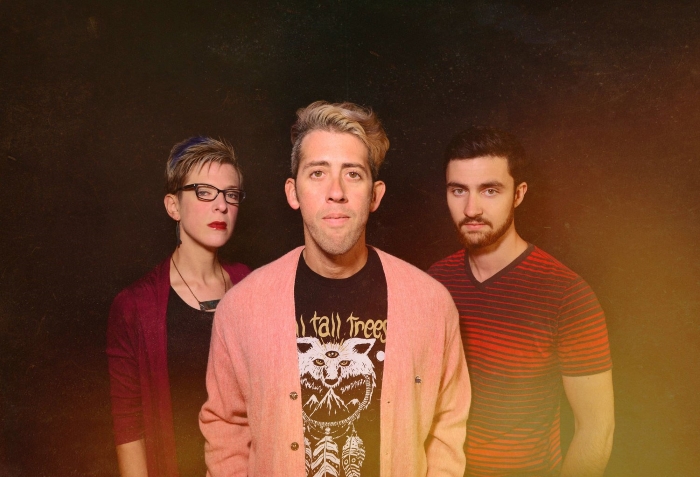 9 Horses formed in 2012 when Brent joined forces with violinist Sara Caswell (who last year was nominated for a Grammy for best improvised jazz solo) to record an album. They were soon joined by Shawn Conley on bass but his commitments to Yo-Yo Ma’s Silk Road Orchestra led him to depart in 2015, and he was succeeded by Andrew Ryan. The name of the group comes from a favorite Billy Collins poem.

“Sara, Andy and I have studied classical but our musical interests include folk, jazz, and lots more,” says Brent. “It’s way more common now to find musicians who are not specialists. We play complex, high-level improvisations. When you hear an orchestra, it’s usually a program put in place by the artistic director and the business committee. But this is the music we want to be making.

“Generally, I write about 90 percent of a piece and bring it to Sara and Andrew,” Brent says, calling the boundaries between composition and collaboration hazy. “Take Kendrick Lamar. He’s in charge, yet he has like 20 producers. So what do you call it?”

Brent, who grew up in Florida and trained at DePauw University and the Berklee College of Music, has played in chamber ensembles and traditional orchestras, including the Boston Symphony, the Chicago Symphony and on Broadway, and worked with pop artists such as Regina Spektor and Sam Moore. He also has written two books on mandolin pedagogy and lectured at the Museum of Modern Art.

A game-changer for the group was winning an emerging artists competition in 2016 attended by many university and conservatory deans of music, he says. It led to a surge in bookings and commissions, in which the group conducts workshops and master classes, then rehearses and performs the work with the students. “We’re given parameters and a deadline,” Brent says. “It’s been an inspiration to us because we get to work with students, who are an open book.”

Brent is a happy Beacon transplant. With more and more musical collaboration done digitally, he said he found it wasn’t essential to live in New York City.

“Here I can decide to go on a hike, or just walk around, sit by the river — Beacon gives access to many things I need and crave,” he explains. “I get inspiration from time and space, from green and blue.”

Asked if his music has changed in the year since his move north, Brent replied: “It’s hard to say, but then again it’s hard to say that it hasn’t, because anything you do creatively is an integral reflection of your personality. I know what I’m feeling when I’m playing, but I don’t necessarily want the listener to know.”

The Howland Cultural Center is located at 477 Main St. Tickets are $15 at 9horses.brownpapertickets.com or $20 at the door.