The bills approve funding but also include hundreds of other changes to state laws. So while a legislator might approve or disapprove of one of those measures, he or she can vote only on the entire bill. 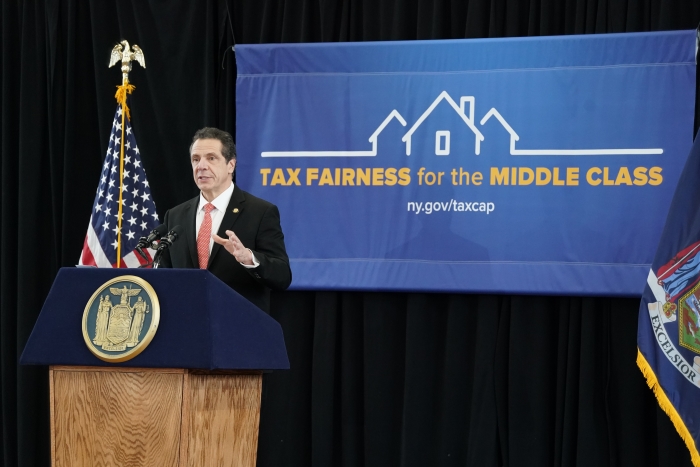 The budget blends a draft prepared by Gov. Andrew Cuomo, a Democrat, with input from the Legislature, where, since January, Democrats have controlled both chambers.

Once signed by the governor, the adopted budget and attached policy measures will make the state tax cap of 2 percent permanent; ban single-use plastic bags and permit cities and counties to tax paper bags (with 60 percent of the revenue going to the state Environmental Protection Fund); codify provisions of the federal Affordable Care Act as a shield against federal changes; continue to reduce middle-class tax rates toward a goal of 5 percent to 6 percent) while taxing higher incomes to fund infrastructure and education; and allocate $4.75 million for opioid-addiction treatment in local jails.

In news releases, Serino explained her “no” vote by criticizing the budget as a collection of “money grabs” and said “it is clear that the new [Democratic] majority did not think twice about balancing their budget on the backs of hardworking New Yorkers. They have only one answer to the state’s many problems: increase taxes.”

However, the senator said she supported the permanent 2 percent tax cap and continuing support for veteran-to-veteran counseling that assists those suffering from post-traumatic stress disorder and other mental health ailments. Putnam and Dutchess counties will again receive $185,000 each, she said.

Despite exerting increased fiscal oversight, the state “continues to throw countless tax dollars at a broken MTA,” she said. She criticized the budget for not providing $1 million to prevent the spread of Lyme disease or extending the hours of an elder-abuse hotline and denounced the state DREAM Act for “allowing illegal immigrants to access SUNY and CUNY tuition benefits.”

Finally, she derided the campaign financing system as a means to dispense $100 million as “welfare for politicians in taxpayer-funded campaigns.” She likewise dismissed the plastics ban as a “bag tax.”

Galef did not immediately respond to a request for comment, but Jacobson wrote in an email that “while the budget is by no means perfect given the state’s fiscal circumstances, it does fund significant projects and increases funding for schools, veterans and clean-water initiatives. For example, the Beacon school district will receive an additional $1.294 million in state aid, a 4.5 percent increase, and an additional $1.24 million in building aid, a 5 percent increase.”

In addition, he said, aid to municipalities, library and paving funding was restored, and early voting partially funded. “While I am not satisfied with the levels of funding for these important programs, it was important to make these gains,” Jacobson wrote. He also expressed support for the plastic-bag ban and the permanent tax cap.