General Electric is not off the hook yet.

That point was emphasized repeatedly by Pete Lopez, regional administrator for the Environmental Protection Agency, during an April 11 news conference on the status of a federally ordered cleanup of the Hudson River.

After decades of legal sparring, GE was ordered to dredge the Upper Hudson to reduce the amount of polychlorinated biphenyls (PCBs) that its factories had discharged into the river over a 30-year period.

Environmental groups, lawmakers and Gov. Andrew Cuomo said they feared the EPA would issue a Certificate of Completion to the firm, which would clear GE of further responsibilities and shield it from lawsuits.

Instead, the agency issued a Certificate of Completion of the Remedial Action, which states only that GE finished the required dredging. A Certificate of Completion is not expected to be issued for at least 50 years, as both the EPA and the state Department of Environmental Conservation will widen their tracking and monitoring of the river to determine the effectiveness of the cleanup.

The certification that his agency issued “is not the EPA saying that we have concluded that no dredging will ever be needed,” said Lopez. “It simply says that GE has performed the construction and other dredging work that was specifically required. If new information comes in that causes the EPA to conclude that more work is needed to protect public health and the environment, we can and will require GE to take that action.”

Concerns had been raised by environmental groups in the past that once GE removed its dredging equipment and dewatering plant from the river, it would be difficult to get the company to return. But Lopez said that “if we have to reinstall, we’ll do that. It’s not uncommon. Temporary dewatering facilities can be put back in place, and if it has to be, it has to be.”

Lopez also said that, contrary to reports by the state DEC, there has not been substantial recontamination of PCBs in dredged areas. 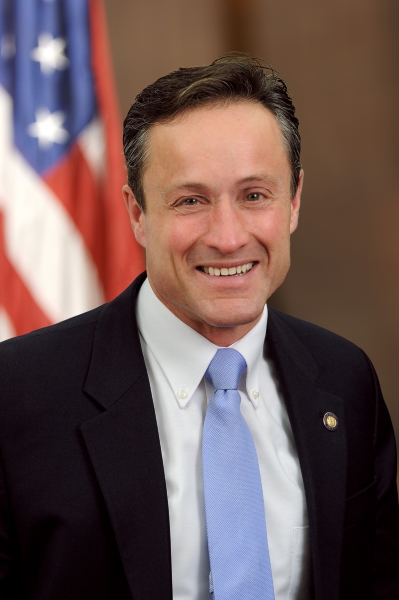 “Some movement of sediment between dredged and non-dredged areas has always been expected,” he said. “But it is not seen as an obstacle to achieving protectiveness over time.”

The administrator also discounted the existence of so-called “hot spots” in the Upper Hudson that still contain an unusually high amount of contamination. Instead he said there were only three “areas of interest” — one in the river near Northumberland and two near Mechanicville — which were identified as having somewhat elevated levels of PCBs and will continue to be monitored.

The EPA isn’t off the hook, either. Just hours after the news conference, Cuomo and Attorney General Letitia James announced the state will sue the agency over its decision. Cuomo said that the EPA had “failed to hold GE accountable for fulfilling its obligation to restore the river” and that the state would demand “a full and complete remediation.”

U.S. Rep. Sean Patrick Maloney, whose district includes the Highlands, also disagreed with the decision, saying “the EPA has failed New York” and that its ruling was “completely unacceptable and a dereliction of duty.”

In response to the possibility of a lawsuit, Lopez said the agency’s goal “is to make sure we’re making the right decision, based on science and the law. Based on [advice from] our counsel, we feel that we are legally bound to issue this certification. And it’s OK if it’s tested in the courts. That’s part of our democratic process. If they do advance that, we’re expecting it will lend itself to greater clarity about this.”