Beavers are known for their unceasing work ethic but they’ve become a bit too industrious for Greg Phillips, Cold Spring superintendent of water and waste water. In his report to the village board on April 9, Phillips described how a beaver dam on Foundry Brook poses a potential problem for the local water supply.

Beavers have created similar headaches in the past, but Phillips said the Foundry Brook dam is bigger than any the hard-working rodents have constructed recently. “Several hundred thousand gallons of water are impounded” behind it, he said. 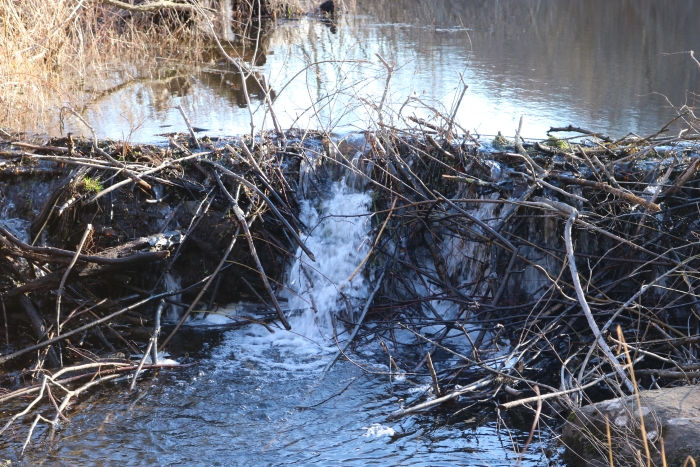 . The village has secured a permit from the state to trap the beavers and slowly remove the 3-foot-high dam to prevent a surge. (Photo by M. Turton)

The water department has secured a permit from the state Department of Environmental Conservation to trap the beavers and remove the 3-foot-high dam, he said.

“The area where the water is impounded is marshy,” Phillips said during a later interview. As summer approaches and temperatures rise, he explained, the abundant organic materials within the dammed-up area could create “a lot of taste and odor issues” for the village water supply.

The dam will be removed slowly, a little each day, to prevent a surge of water that would carry the organic materials downstream all at once, causing problems at the Foundry Brook reservoir and water treatment plant.

Evan Thompson, the manager at Fahnestock and Hudson Highlands State Parks, said beaver populations have been increasing in area watercourses.

No residents attended the Tuesday (April 9) public hearing on the proposed 2019-20 budget. Barring the unexpected, the new spending plan, which includes a 2.7 percent increase in the tax levy, will be approved by the village board on April 23.

The Cold Spring Police Department responded to 64 calls for service in March. Two arrests were made, one for operating a vehicle with a suspended license and another under the Mental Hygiene Law that allows officers to detain people who they suspect might cause harm to themselves or others. Officers also issued 49 traffic and 32 parking tickets. Cold Spring Fire Company No. 1 responded to eight calls in March. 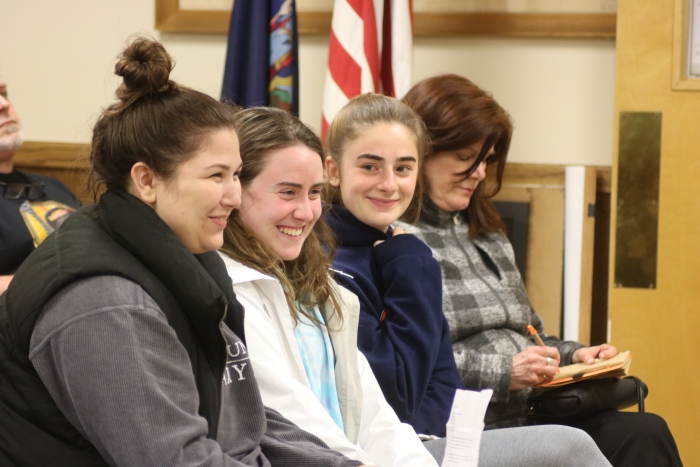 Tatiana Vidakovich, Jamie Calimano and Julia Rotando, representing Haldane High School’s senior class, requested and received approval for use the bandstand-Dockside Park area for prom photographs on May 31. The prom will be held at the Thayer Hotel at West Point. The traditional event is usually held at Boscobel but this year there is a scheduling conflict with a wedding, they explained.

The Tree Advisory Board will host an Arbor Day ceremony at 4 p.m. on Friday, April 26, in front of 161 Main St.

Village resident Frank Haggerty suggested that lighting be improved at the pedestrian crosswalk in front of village hall.

Inspection and cleaning of village sewer collection mains will begin on Monday, April 15, lasting through the week. Phillips said residents should expect traffic disruptions and diversions on Maple Terrace and Locust Ridge; Fishkill and Mountain avenues; and Main, Cedar, Orchard, B, Academy, Chestnut, High and Garden streets. The work locations will change daily. Check coldspringny.gov and the Village of Cold Spring Facebook page for updates.