Coach: ‘It’s not how you start — it’s more how you finish’

The squad took a 9-5 loss at Fox Lane on Monday (April 8) and then was rained out in the third inning of its game against Hendrick Hudson on Tuesday with the Sailors leading 13-5.

In the Fox Lane game, senior captain Kamryn Haran took the loss on the mound for the Bulldogs (1–4). At the plate, senior leftfielder Lia Muscat went 2-for-3 and drove in a run, junior Cierra Lassiter went 2-for-4 with a double and two RBI, Mia Ricottilli went 3-for-4, and senior catcher Eisley Gebman was 2-for-4.

“Everyone had one hit, so it was a good day offensively,” said Coach Brian Antalek. “We did have a few mistakes that led to unearned runs, and that was the difference. But the girls kept each other up; they have each other’s backs.” 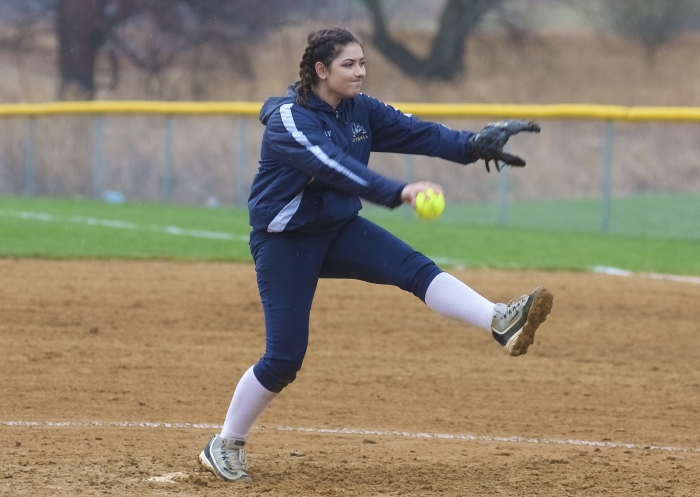 Alyssa Vollaro delivers a pitch against Hendrick Hudson before the game was called for rain in the third inning. (Photo by S. Pearlman)

Last year‘s team finished 11-11 and lost in the first round of the playoffs to eventual Section 1 champion Ardsley.

The captains this season for the Bulldogs are Haran, Muscat, DaVonia LaMar (who is injured) and junior Trista Maloney. Also returning are senior Olivia Dean, sophomore Kelly Murphy, and juniors Hannah Alfieri and Kyrstin Lawrence.

Haran will do most of the pitching. “She doesn’t let game situations get to her, whether we are struggling defensively, or if she’s having a tough day,” Antalek said. “We’re also expecting a lot from Muscat, a third-year varsity player, our No. 3 hitter, and a great defender. She keeps the girls loose.” 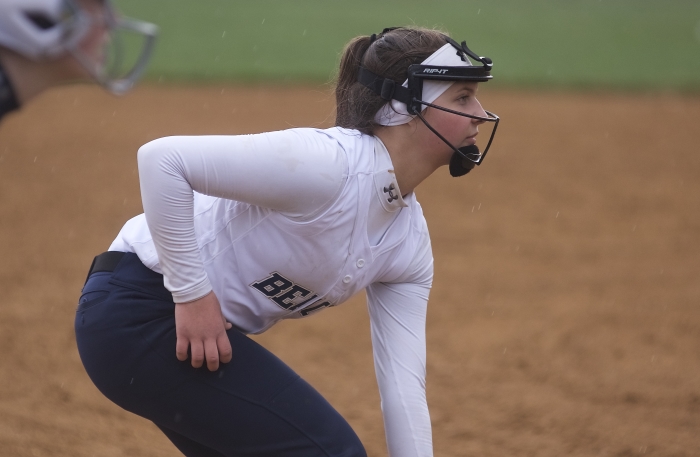 Antalek is hoping his team can return to the playoffs.

The Bulldogs will host their Dawgfest Tournament at Beacon High School and Memorial Park on Monday and Tuesday.