Sister Marie Gertrude Haughney, of the Monastery of the Incarnation in Beacon, died April 6, 2019, at Northern Dutchess Hospital in Rhinebeck.

She was born Dorothea Haughney in New York City on July 16, 1933, the daughter of Joseph and Gertrude (Mullinger) Haughney.

After graduating from Blessed Sacrament High School in New York, Dorothea entered the Carmelite Monastery in the Bronx, where six months later she received the name Sister Marie Gertrude of the Sacred Heart of Jesus. In 1952, Sister Marie Gertrude traveled to the North Country with five other sisters to establish a Carmelite Monastery in Saranac Lake. It was there that Sister made her profession of vows on Feb. 17, 1953.

For many years, Sister served as the much-loved prioress of the Saranac Lake community and in more recent years as assistant treasurer and sacristan for the Carmelite community at Beacon. She was a master in the art of correspondence, remembering birthdays and anniversaries and sending out a steady stream of letters, notes, and cards, praying fervently for each one’s needs and intentions.

Sister Marie Gertrude is survived by her sister Catherine Berger and a number of nieces and nephews. A Mass of Christian Burial was held April 12 at St. John’s Church in Beacon, with burial at Ascension Cemetery in Airmont. 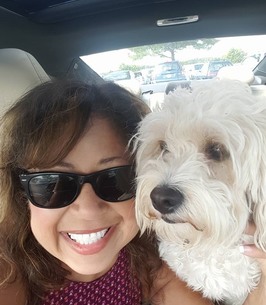 Ivette Zolotas, a resident of Kerhonkson, and formerly of Beacon, died April 9, 2019.

She was born in Beacon on Jan. 16, 1963, to Juan and Maria Torres. Ivette was raised in Puerto Rico and returned to Beacon where she later won the title Miss Hispanic America in 1980, a year before her graduation from Beacon High School.

On May 7, 1988, Ivette married James Zolotas at St. John’s Church in Beacon. She retired from the Beacon City School District, where she educated students on speaking English as a secondary language.

Ivette enjoyed gatherings with family and friends, especially around the holidays. She enjoyed reading, travel, outdoor activities such as planting flowers. She admired old-country collectibles.

Besides her husband, Ivette is survived by her daughter Christina Zolotas (boyfriend Tim) of Kerhonkson; her mother, Maria Torres of Beacon; her sister, Ileana Prentice (Jim) of Beacon; her brother, Juan Torres (Ray); her sister, Mildred Smith (Don); her sisters-in-law, Helen Zolotas of Long Island, Terry Lee (Anthony) of upstate New York and Patricia Zolotas of Poughkeepsie; and her brothers-in-law, William Zolotas (Bette) of Poughkeepsie and George Zolotas (Shannon) of Beacon.

Memorial donations may be made to the Hudson Valley SPCA (hudsonvalleyspca.com).