Next up: No. 1 Pleasantville

Riley Johanson scored with 1:18 to play with the game winner and finished with two goals and an assist. Sam Giachinta scored three times (including his 100th career goal) and had four assists; Darrin Santos added three goals; and John Hanke made 17 saves at goal. 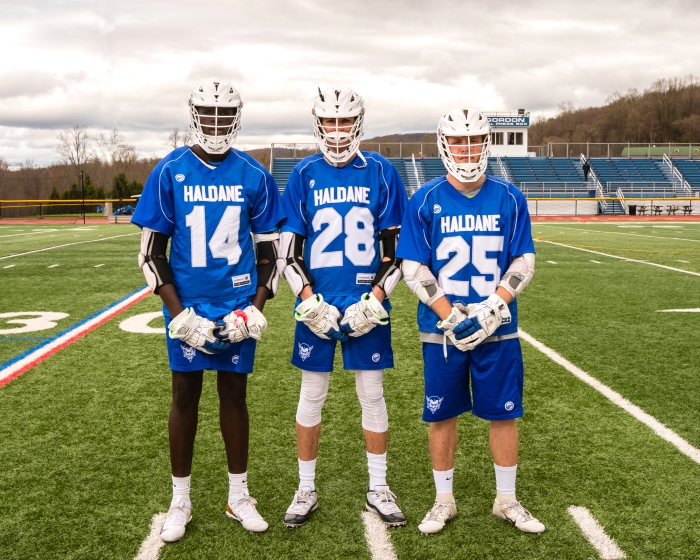 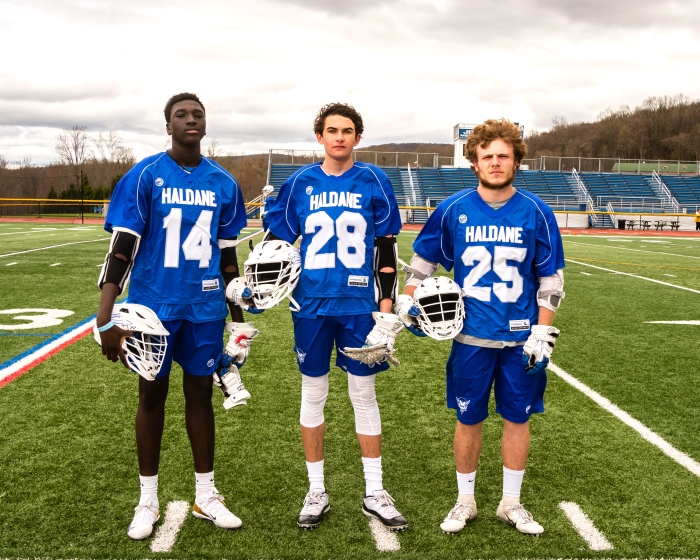 Mame Diba, Jagger Beachak and Sam Giachinta have each joined the 100-point club for Haldane. (Photos by Amy Kubik)

Haldane (7-1) is scheduled to travel on Saturday, April 20, to Pleasantville, which was ranked No. 1 in the state in Class D as of April 13 by the New York State Sportswriters Association. That will be followed by two home games for the Blue Devils, against Pawling on Tuesday, April 23, and Croton on Thursday, April 25.