It’s never “Here’s your hat, what’s your hurry?” at Wynono & Company, the new Cold Spring millinery that will open on Main Street just in time for Easter. 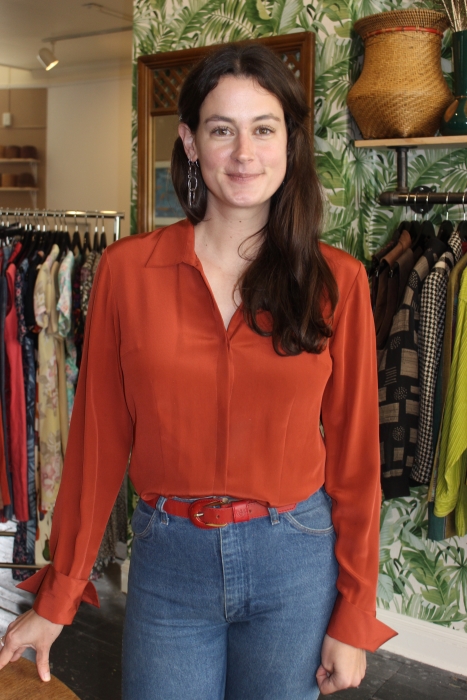 Melanie Leonard (Photo by A. Rooney)

In fact, it will be the opposite, says Melanie Leonard, a Beacon resident who hopes her stock of handmade hats and colorful vintage clothing will invite lingering. “I don’t want anyone to feel intimidated about coming in,” she says.

Years ago, Leonard felt intimidated about making hats, but she became friendly with a milliner, Ashley Ruprecht, who invited Leonard to her studio and wound up training her in the classic techniques.

After “falling in love with the process,” Leonard studied with Anya Caliendo, who does couture millinery. “By then I was able to make a good hat but not really express myself,” she recalls. “Anya is a strong Russian woman. She told me when things were awful, which was perfect for me! Each week you made a new style. Anya taught me true technique with her assessment of ‘nyet’ after hours of handstitching! I learned patience. Now I understand that it’s how someone feels in the hat that matters, and that I shouldn’t criticize myself if one stitch isn’t perfect.”

None of this was on Leonard’s mind growing up in Londonderry, New Hampshire, where her sartorial style was atypical. “I can truthfully say I dressed differently,” she says. “At 10 I walked around like a hippie, wearing big pants, colorful shirts. My mom would buy me Gap jeans, then we would cut parts of them out and put different fabric in.” 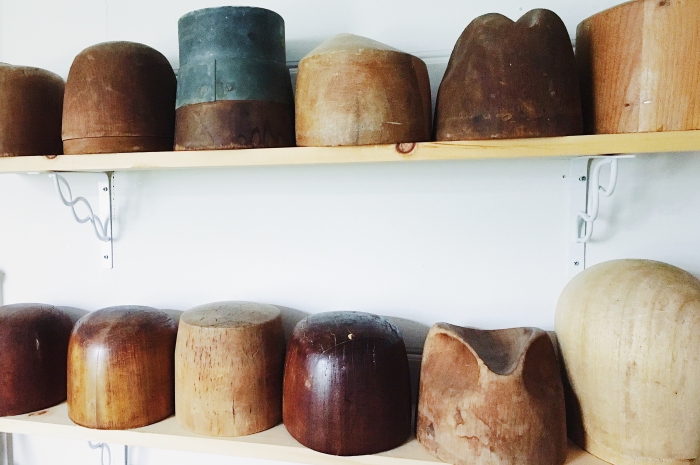 As a teenager Leonard recalls always being drawn to New York City; she would take a 6 a.m. bus from New Hampshire to wander around Central Park, the East Village and walk over the Brooklyn Bridge, then catch the 10 p.m. train home. 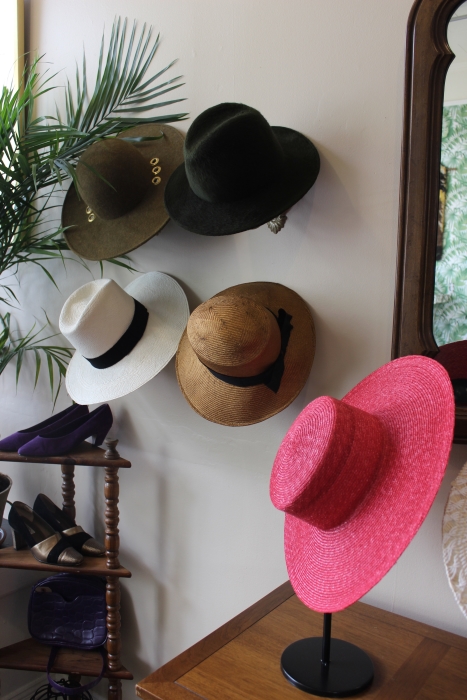 A selection of hats at the newly opened store (Photo by A. Rooney)

She attended college in the city, studying sociology and criminal justice at Manhattan College, and two years ago made the move from Brooklyn to Beacon with her husband, Stu McLaughlin, who is a creative director at a marketing agency and a photographer. They were joined a year ago by daughter Marlo. Leonard says she finds Beacon a “nice blend of my New Hampshire and Brooklyn backgrounds.”

Soon after the move, Leonard met James and Tara Caroll of Old Souls and Barber & Brew in Cold Spring and began bartending. It was while driving up Main Street that Leonard spotted a “For Rent” sign in the space formerly occupied by Cold Spring Pet Supply at 169 Main St.

Leonard’s background also includes stints assisting fashion photographers, doing media buying and selling her vintage clothing at Brooklyn flea markets, and all of these swirled together into an idea for a business — something she had been thinking about for a while.

“I first thought, ‘Oh, this is too much space, it’s too terrifying,’ but my husband and I realized we could divide it off for a commercial photo studio.”

Leonard sells not only hats and clothing, but jewelry, shoes and a few objects. “It’s all a learning curve, and it will be interesting to see what is here in six months,” she says. The centerpieces are her hats, mostly for women. She uses all-natural straw, sourced from the city garment district, which varies between raffia, parasisal, Panama straw, Milan straw (which is made from hand-braided wheat straw) and, occasionally Toyo, which is a “straw” made of rice paper from Japan, as well as felted fur with no artificial materials. 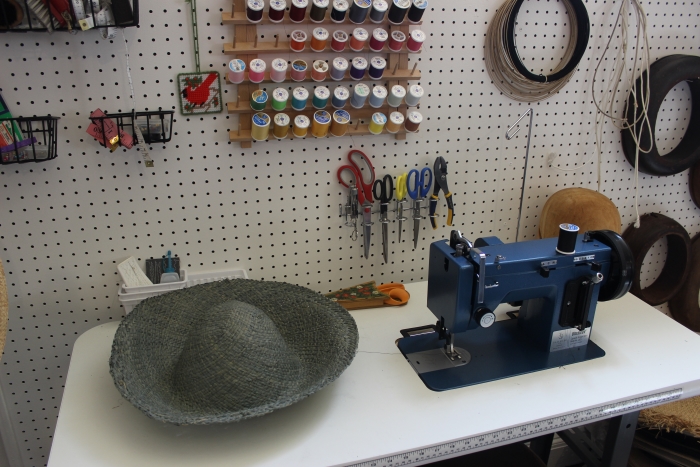 Much of Leonard’s work is hand-sewn. (Photo by A. Rooney)

Leonard turns the straw into trilbies (often confused with fedoras), berets, sun hats, open crowns and wide-brimmed fedoras. She’ll also do custom work when she can, as well as hat steaming, cleaning and general reshaping, regardless of where the hat was purchased.

Wynono & Company (Wynono is a Native American name given to a firstborn child) opens today (April 19). “Along with the store, I really want the space to be utilized by the community,” Leonard says. “It’s a big, multifunctional room and I hope it’s a magnet for all sorts of odd conversations.”