Nancy J. Becker, 77, of St. Augustine, Florida, and formerly of Beacon, died April 17, 2019, at The Hospice-Bailey Center for Caring in St. Augustine, with her family by her side. She moved to Florida in 1987.

She also is survived by a brother, Earle Hallock Jr. (Karen) of South Carolina, her stepchildren Elena Touhey of Florida, Fred Becker Jr. of Fishkill and Joan Veach of Clinton’s Corners, and several grandchildren and great-grandchildren.

Rosemarie Fanning, 79, of Gainesville, Florida, died April 10, 2019, at Haven Hospice there, surrounded by her family.

Born in Beacon in 1939 to Stanton and Rose (Smith) Meeks, Rosemarie moved to Miami with her family in 1949. She attended the University of Florida from 1957 to 1959, majoring in education and was a Gator cheerleader, a member of Delta Delta Delta, the Orange Bowl Queen and Miss University of Florida 1959. As the wife of a Marine, she lived all over the U.S. and in Ankara, Turkey. Her passion was yoga and she spent many hours at Searchlight Yoga and Gainesville Health & Fitness.

She is survived by her children: Dana Baker (Thomas), Jay Fanning (Kim) and Jeni Leeds (Chris), as well as six grandchildren and eight great-grandchildren.

Funeral services were held in Florida on April 12, followed by burial at St. Joachim Cemetery in Beacon. Memorial donations may be made to the Wounded Warrior Project (woundedwarriorproject.org). 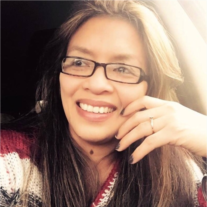 Maria Paz Robinson, 41, of Newburgh and formerly of the Bronx, died at home on April 14, 2019, surrounded by her family.

Maria was born Dec. 24, 1977, in the Philippines, the daughter of Antonio and  Cresenciana (Caparoso) Delos Santos. She worked at New York Presbyterian Hospital in Manhattan and was a member of the CGCB Church of Newburgh. She was also a member of the Philippine American Association of the Bronx and the Filipino American Association of New York. She married Kenny Sanchez.

Besides her husband and father, Maria is survived by her children, Francis Delos Santos, Stephanie Richie and Gabriel Rieley Sanchez; and her siblings, Gaudencio, Nash, Cecilia, Felipe and Roque Delos Santos.

A funeral service was held April 20 at Riverview Funeral Home by Halvey in Beacon. Memorial donations may be made to the family.

She was born Nov. 23, 1930, in Elizabeth, New Jersey, the daughter of Edward and Marie (Streich) Marz. She graduated from Elizabeth High School in 1948 and then attended Elizabeth General Hospital School of Nursing and worked as a registered nurse. In 1957 she married George E.M. Stumpp III, who died in 1996.

Ruth was an active member of the First Reformed Church of Fishkill, where she was an elder, lay reader and a member of the communicator committee. She loved reading, drawing, crafts and needlework. She was also a 40-year survivor of breast cancer.